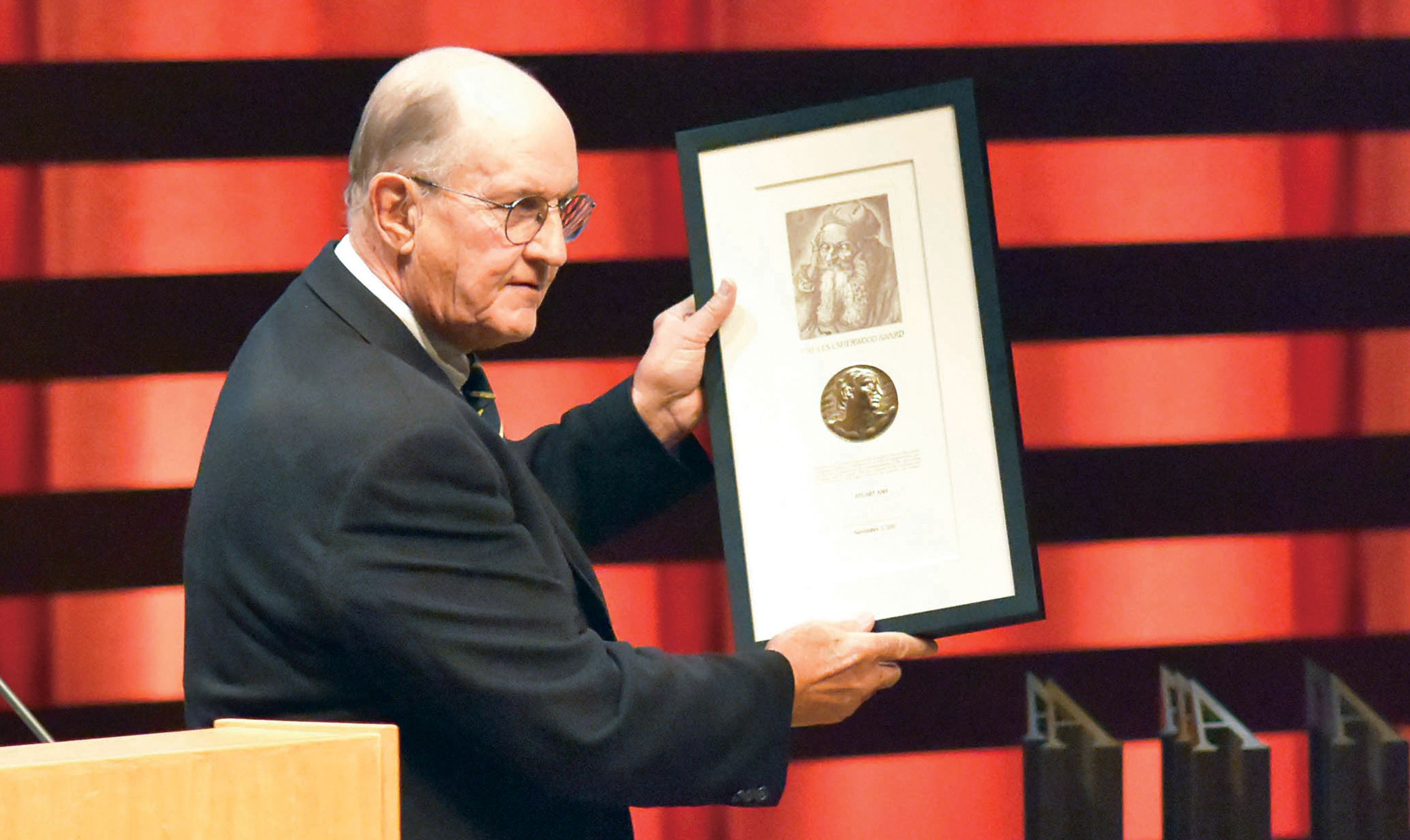 In November, the Advertising and Design Club of Canada (ADCC) awarded Gottschalk+Ash co-founder Stuart Ash with an award for lifetime achievement. The award memorializes Les Usherwood, an exemplary hand-lettering artist who co-founded Typesettra Ltd in 1968, and created 211 new fonts over the course of his career including Denby and Caxton. Les was known for his “talent, professionalism and generosity as a colleague and friend”, and was seen as a model to many. Each year his award is presented to someone who has similarly contributed to the quality and community of Canadian creative. 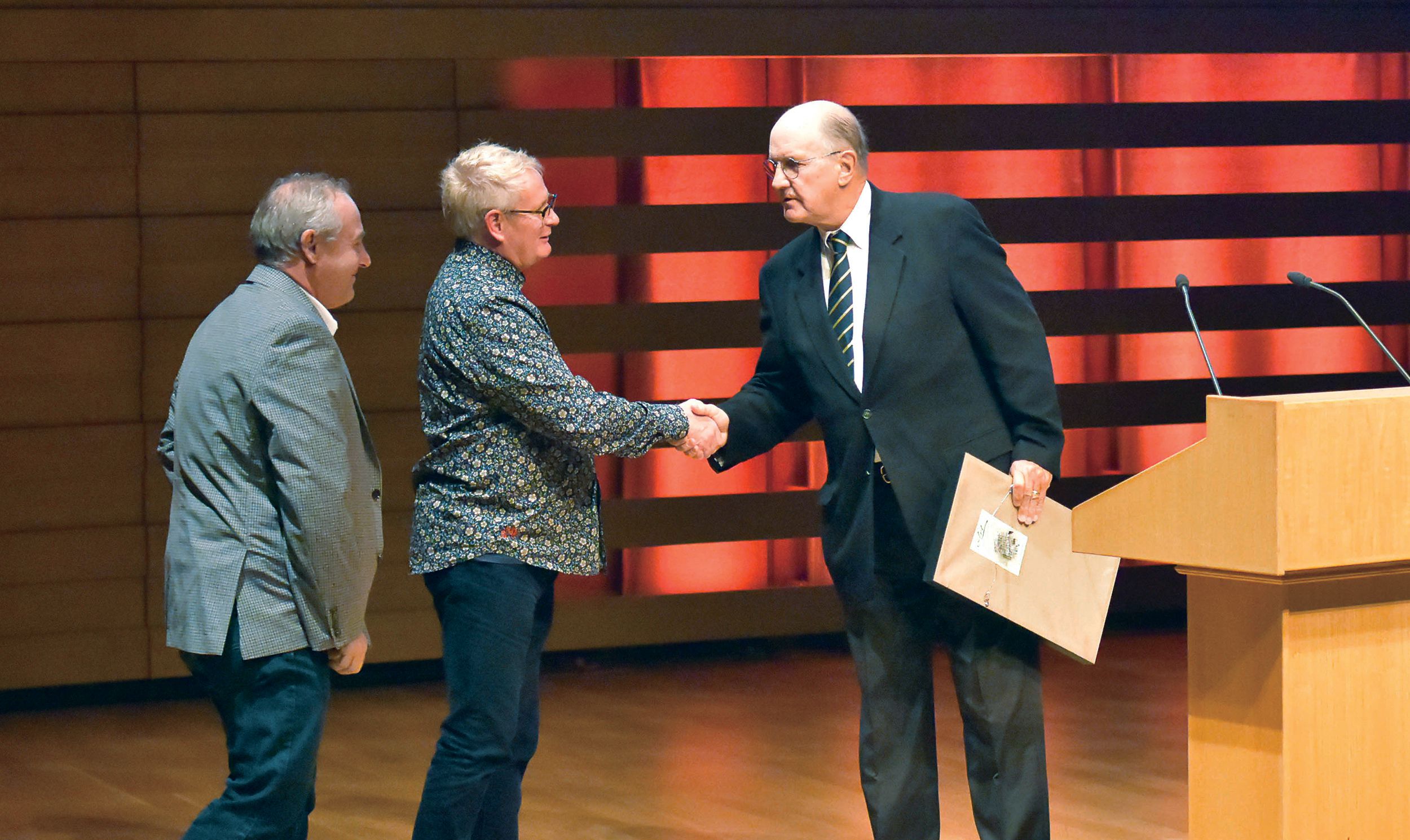 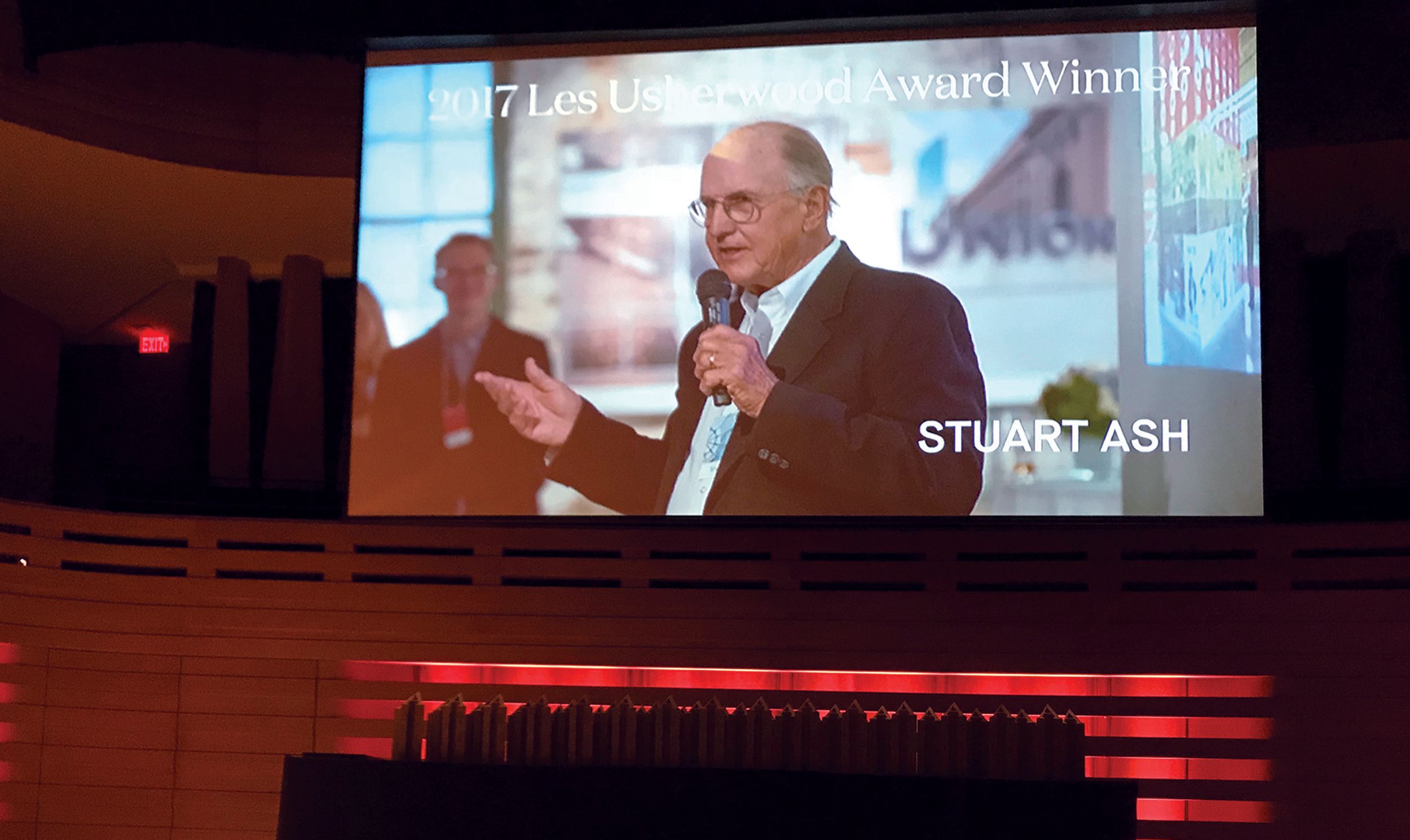 Stuart’s contributions began early in his career, when he created Canada’s Centennial logo in 1967. His maple leaf logo became an enduring national symbol, even before the leaf had made its way as an icon of Canadian culture. He then launched the international design firm Gottschalk+Ash, along with Fritz Gottschalk. Together they developed a Canadian modernist style derived from Europe, and helped put Canada on the map as a leading player in design excellence. 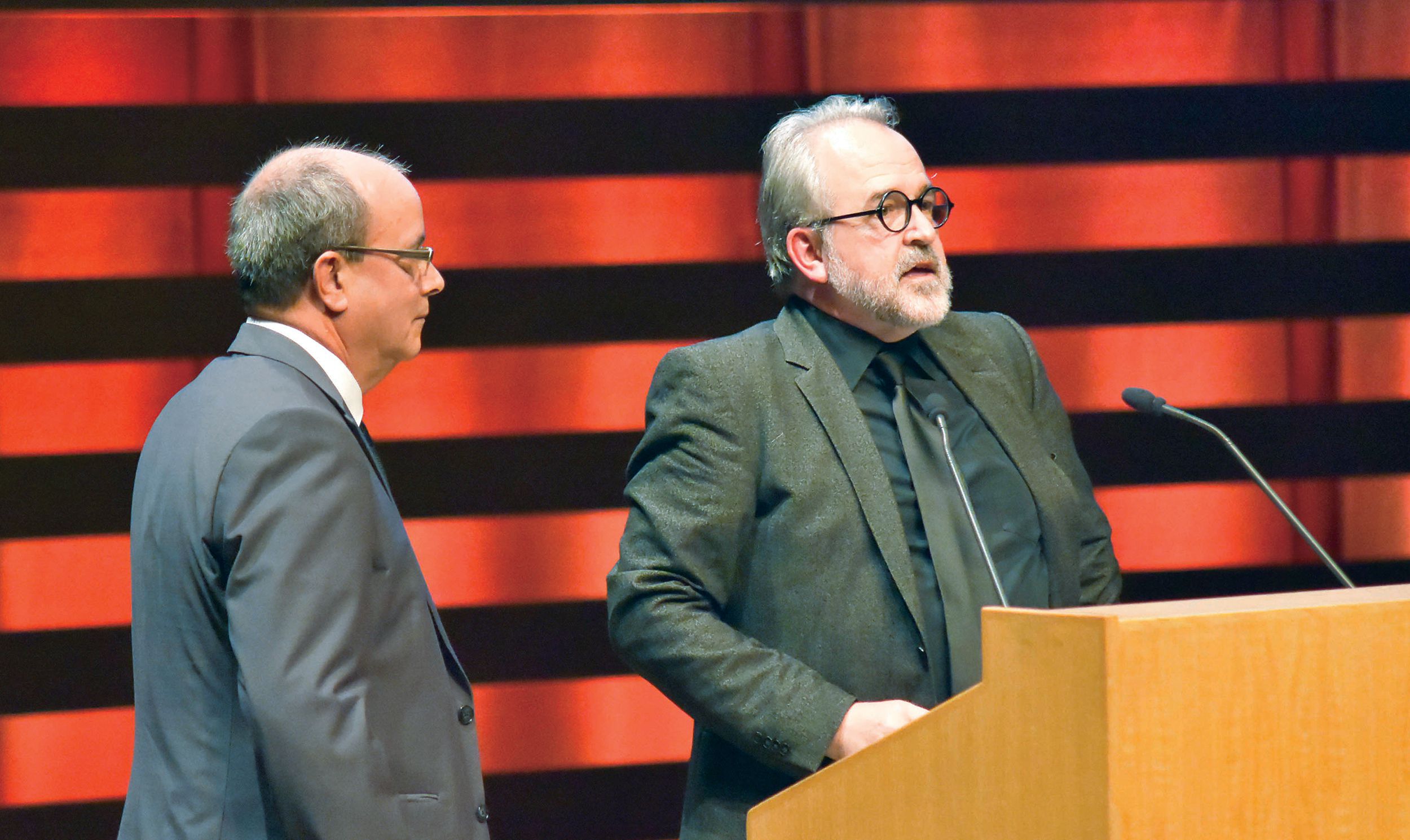 Stuart was presented with the Les Usherwood Award by two of his former Ontario College of Art and Design (OCAD) typography students Gary Ludwig and Avi Dunkelman, who also later worked with Stuart at Gottschalk+Ash. In presenting the award they spoke about Stuart’s impact as a design pioneer, raising the level and influence of Canadian design internationally. As students, they also appreciated how he “opened their eyes not only to the beauty and elegance of well-crafted typography and graphics, but to the power and potential of how they can influence opinion and communicate on a higher plane”. This was followed by a brief video highlighting some of Stuart’s most iconic work, included the American Airlines Arena, Air Canada Centre, Ontario Lottery and Gaming Corporation, The Royal Bank of Canada, Toronto SkyDome, CIBA Specialty Chemicals and PATH Toronto’s Underground Walkway. 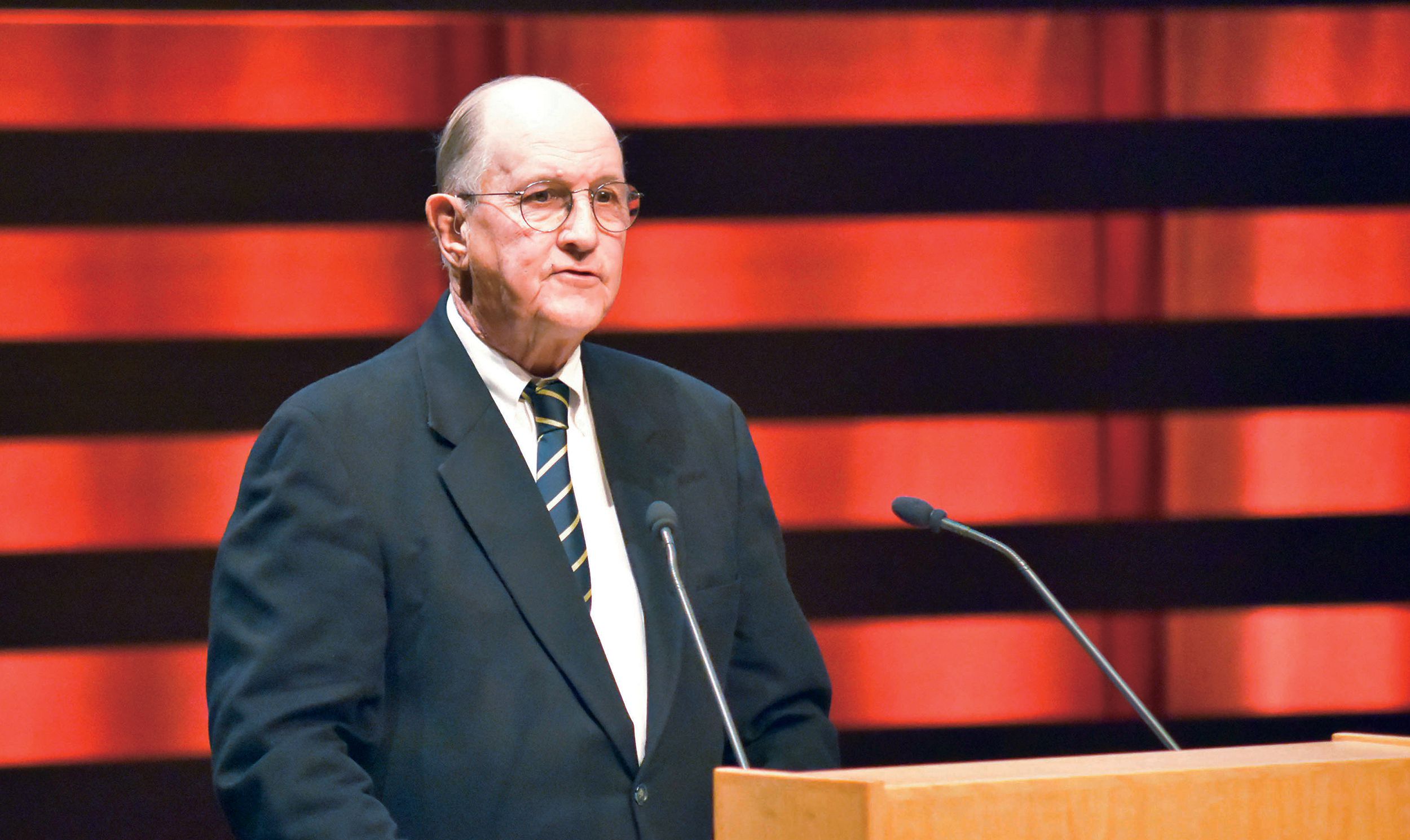 Stuart is honoured to have been given this award: “I’ve always felt that the purpose of my work and the work of Gottschalk+Ash was to raise the level of design both for our clients and for our country, and to influence the next generation of designers. To have this recognized by the ADCC, my colleagues and my past students is something I could have only dreamed of when I was beginning my career.”