Connecting to the Legacy of The Sheldon M. Chumir Health Centre 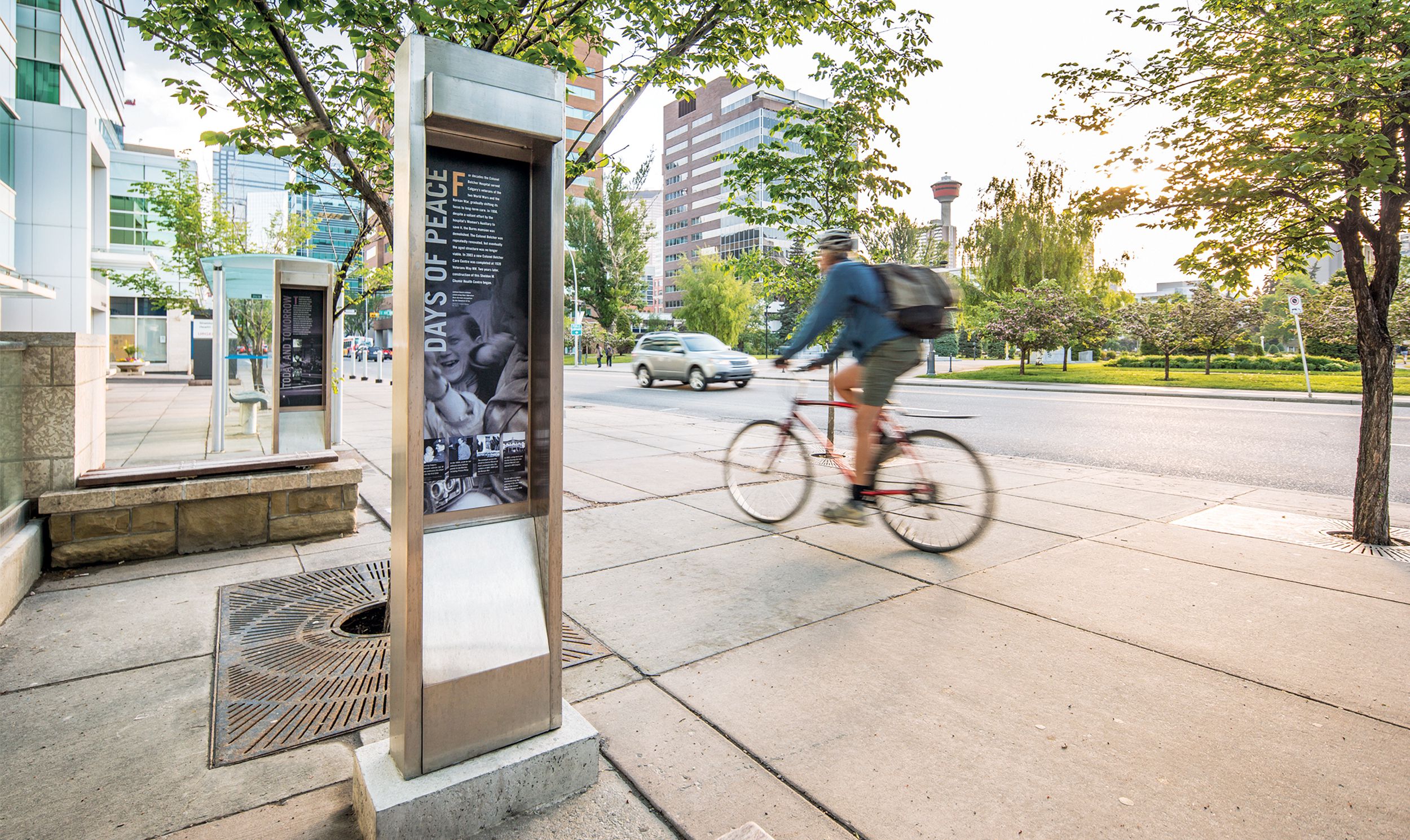 With deep ties to the history of Calgary, The Sheldon M. Chumir Health Centre is a state-of-the-art medical clinic and acute care facility located on the site of the former Colonel Belcher Veterans Hospital in Calgary’s Beltline District. Entro was commissioned by the Calgary Regional Health Authority, now known as Alberta Health Services, and Gibbs Gage Architects, to connect people to the history, memory, and legacy of this place. 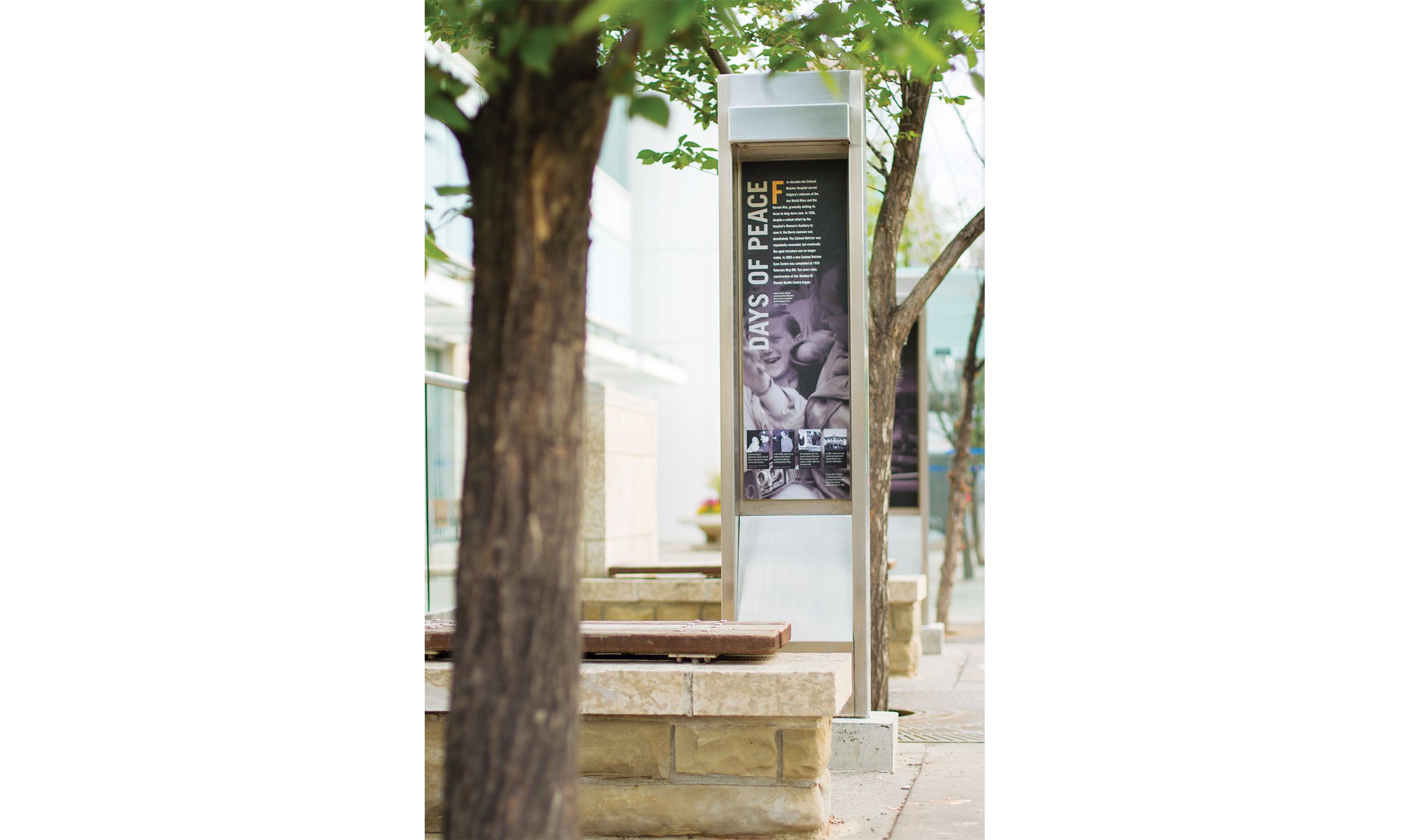 The original hospital was named in memory of Lieutenant Colonel Robert Belcher, who served in the Great War with the 138th Battalion, CEF. Originally from England, Belcher was a member of Colonel Macleod’s RNWMP detachment when it established Fort Calgary in 1875. Sheldon M. Chumir, the namesake of the new health centre, was a lawyer, community activist, politician, scholar and advocate for justice, education, civil liberties and human rights. As the only child of an immigrant couple who owned a local grocery store, he grew up a few blocks from the Belcher and became a beacon in his community.

Keystones and plaques embedded in the stone and brick taken from the original buildings formed part of the architect’s public realm strategy and served as our starting point. Entro collaborated with writer Trevor McConnell to research, write and illustrate the history of the Chumir site. We tell a story that spans an eventful and evocative 100 years of the 20th century, beginning with the finishing touches to Patrick Burns’ mansion on Millionaires’ Row in 1903, and concluding with the Belcher Hospital’s relocation in 2003.

The result is a condensed, illustrated narrative presented in a series of interpretive installations throughout the exterior and interior of the site. The graphics were printed on high pressure laminate panels and inserted into the stainless steel units designed by Gibbs Gage. In total, six panels were used — five measuring 1’ by 3’ in the public realm space, and one on glass measuring 2’ by 6’ in the centre’s main lobby. 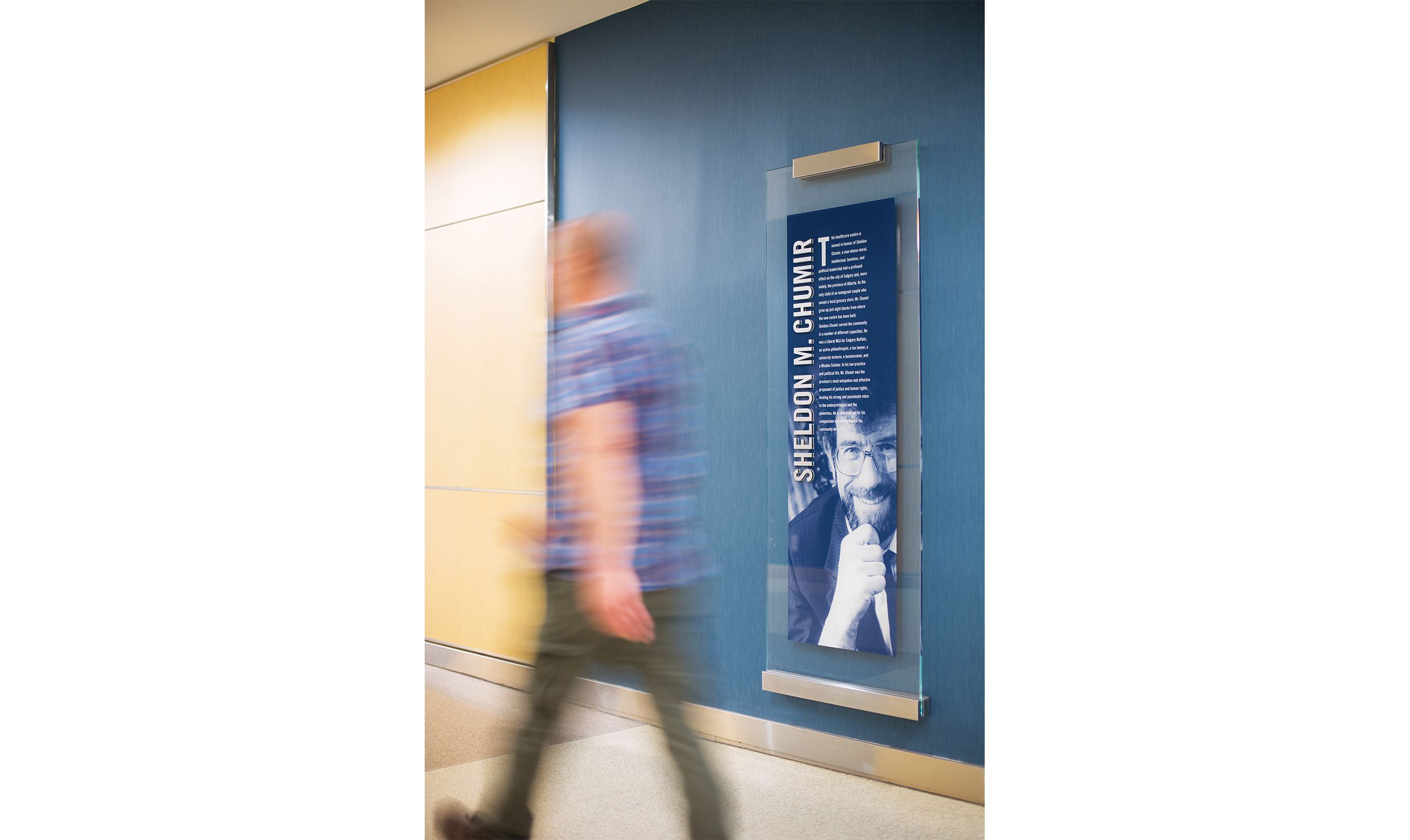 The history of this special place in Calgary could fill a museum, but the importance of storytelling in the public realm is that it allows us to make an immediate connection to passersby. In a modest way, this work has added depth and beauty to the existing monuments and forever marked this place and time in the life of the Beltline community.