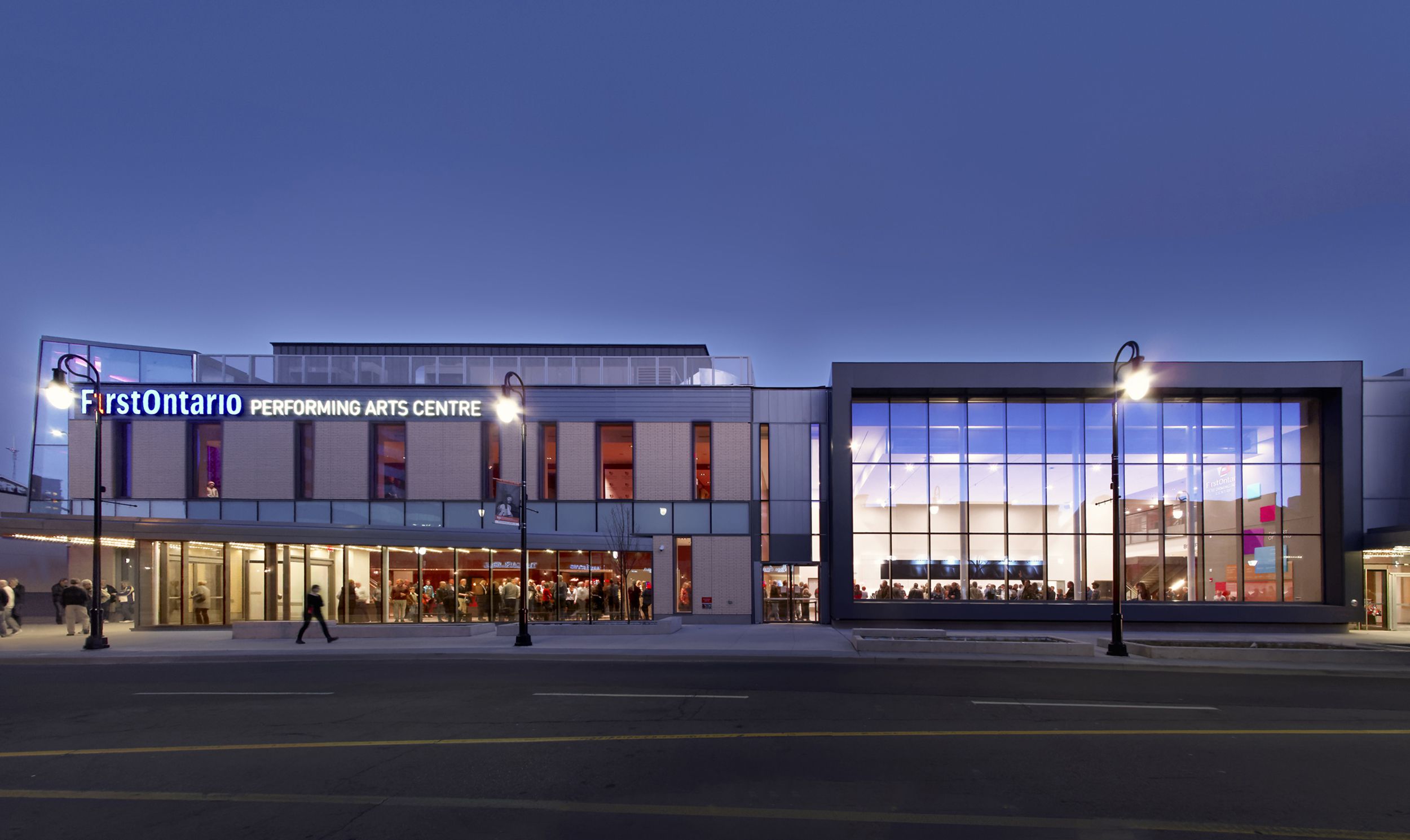 Since opening its doors, the FirstOntario Performing Arts Centre has been pumping life into downtown St. Catharines with a riveting line-up of music, dance, theatre and film. The state-of-the-art Centre, designed by Diamond Schmitt Architects, features Partridge Hall, an 800-seat performance venue; Robertson Theatre, a modified black box performance venue; Film House; and Cairns Recital Hall, a 250-seat music venue and rehearsal space. Together with the adjacent Marilyn I. Walker School of Fine and Performing Arts (Brock University), the Centre forms part of an integrated cultural hub for music, dramatic and visual arts. 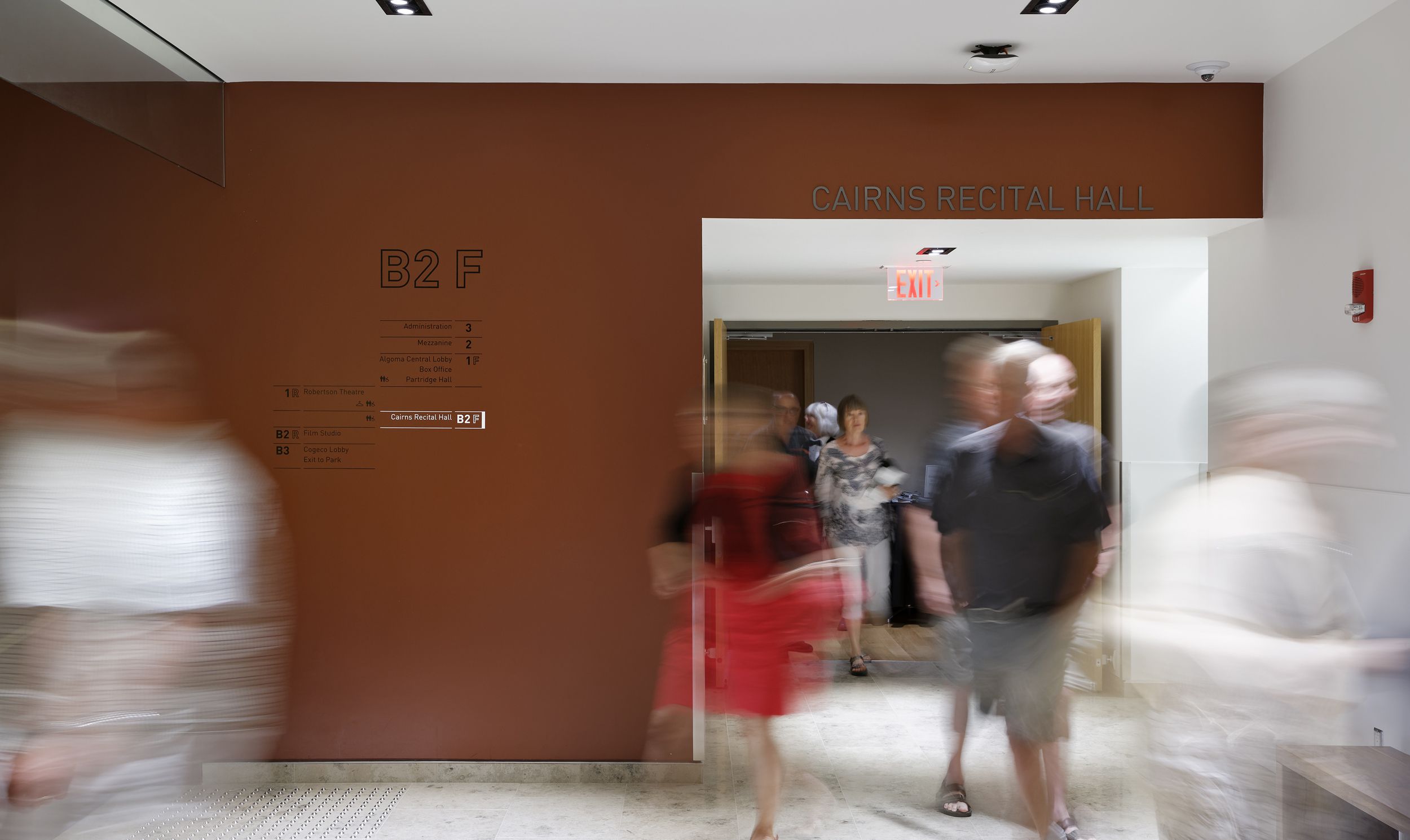 Entro created a signage program to support the Centre’s minimalist architecture. The resulting design is restrained, utilizing a modern font and limited colour palette to achieve a clean look and feel. Through careful consideration of scale and placement, our goal was to ensure maximum visibility and functionality. The signage design for named spaces and areas takes cues from the style of the surrounding environment, while the directional signage offers a more edgy and distinctive character. 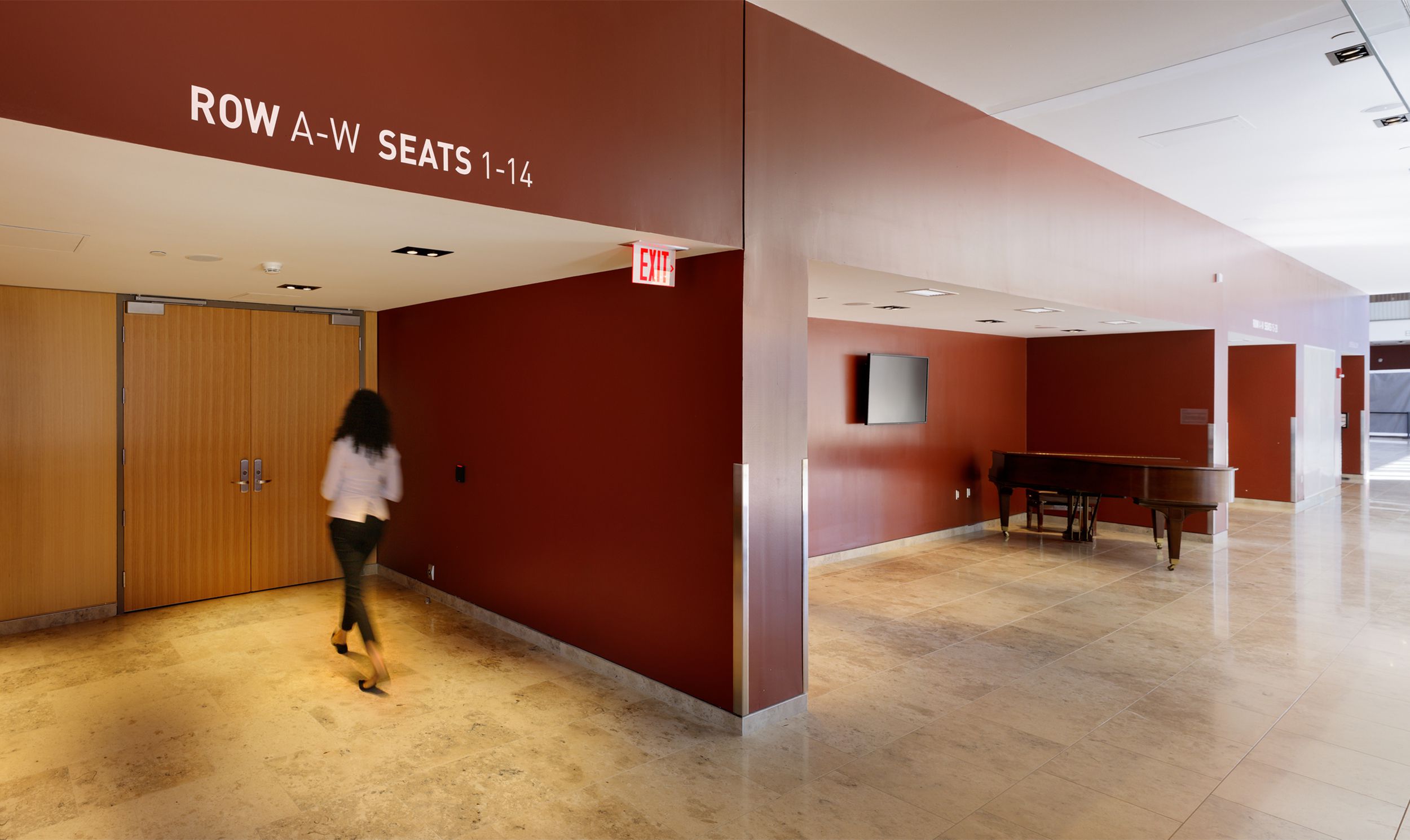 Careful wayfinding planning was essential for enabling large, diverse crowds of visitors to find their destinations with ease and efficiency. While the scale and simplicity of the Centre’s exterior integrates wonderfully with the streetscape, the interior offers more than initially meets the eye.

Built into a slope, the 100,000 square-foot building has unexpected depth – and a unique architectural layout that maximizes the space. Entro worked with the client team to develop a wayfinding system and nomenclature that incorporates the front and rear of the building as intuitive navigational cues. 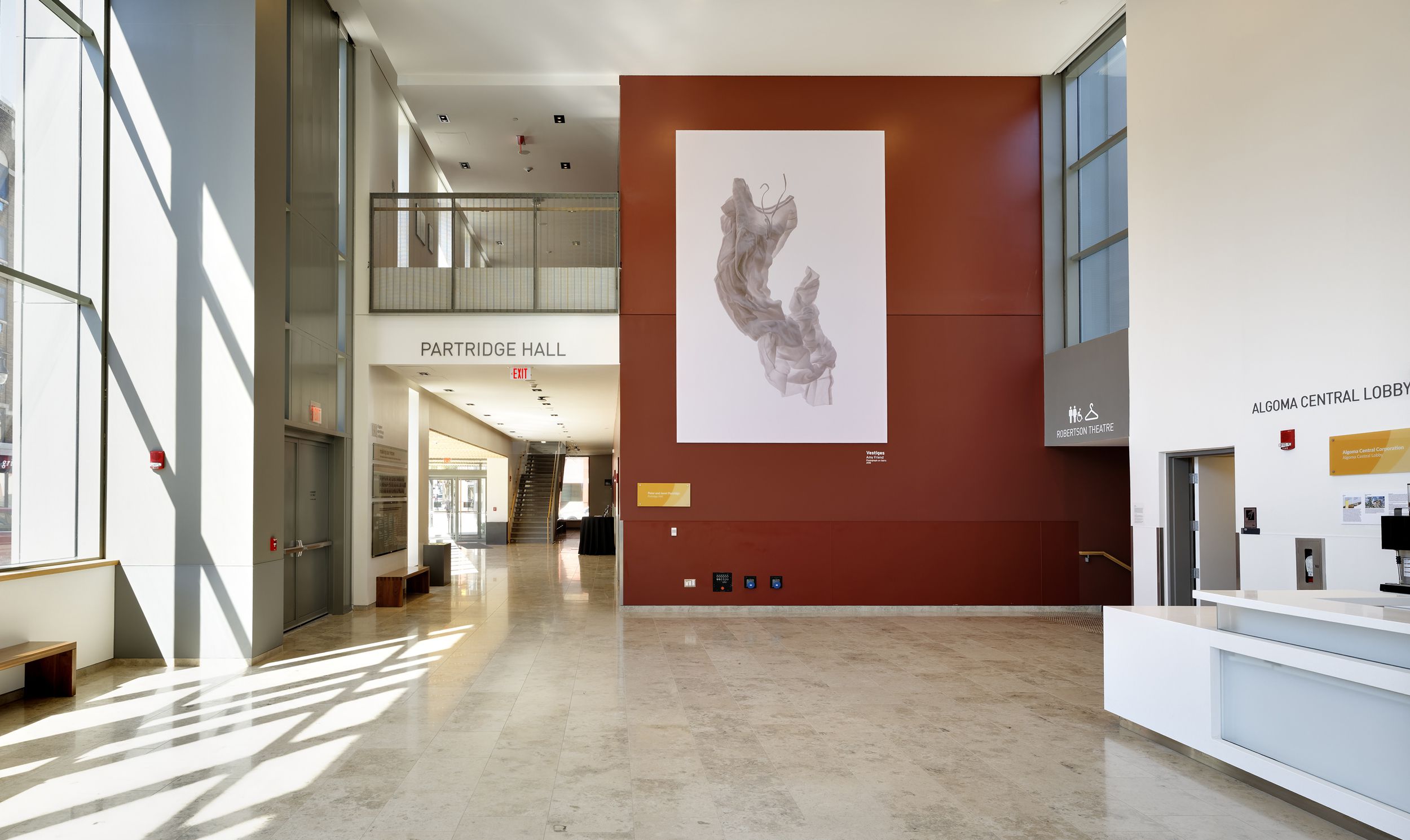 Unlike most performing arts centres, FirstOntario PAC has an active year-round schedule with only a week of summer black-out time for maintenance. They are currently running over 900 shows a year.