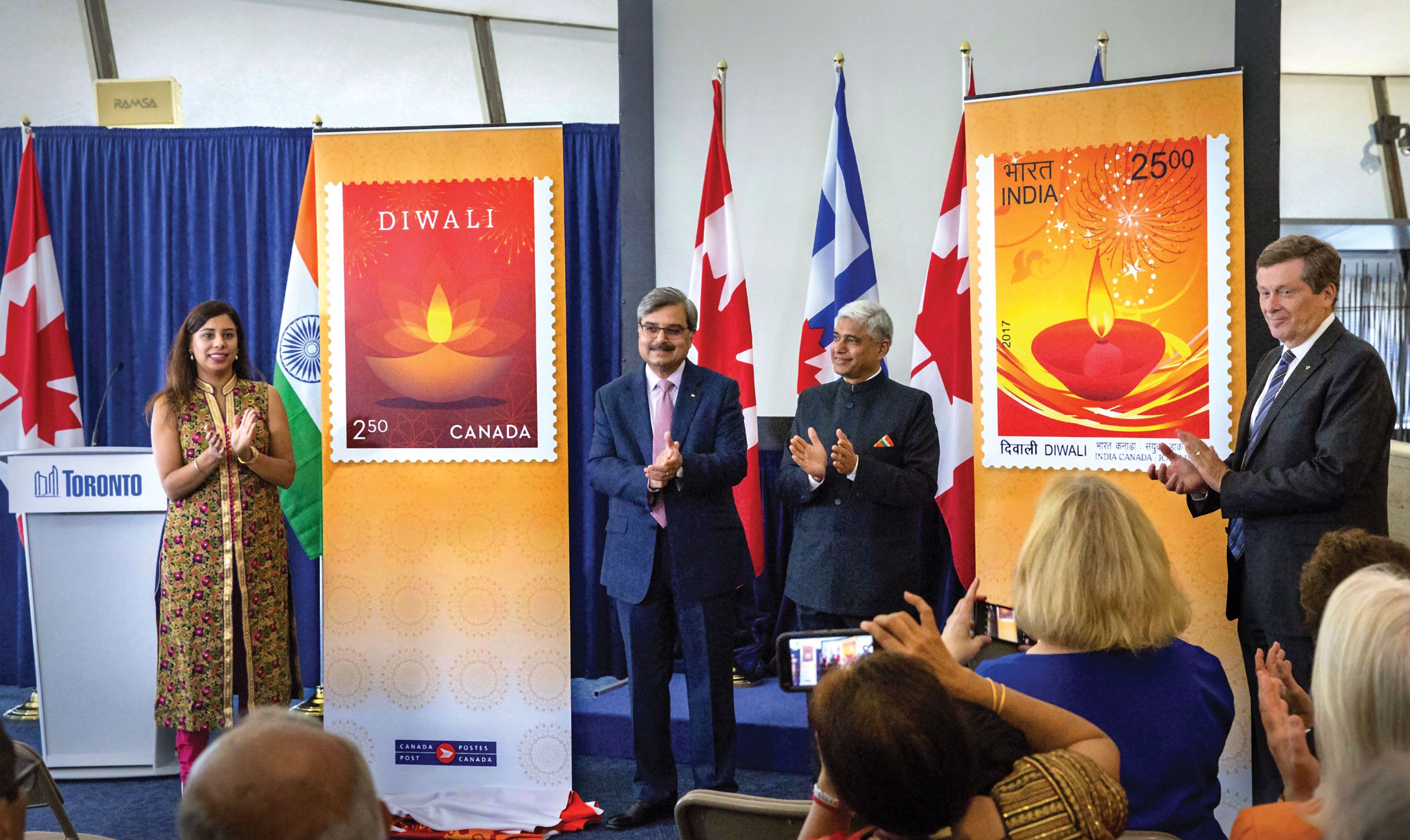 In a very significant collaboration reflecting the many shared values and the diversity of two countries, Canada Post and India Post released their first joint stamp issue to celebrate Diwali. This five-day festival commemorates the triumph of light over darkness, good over evil, knowledge over ignorance and hope over despair. 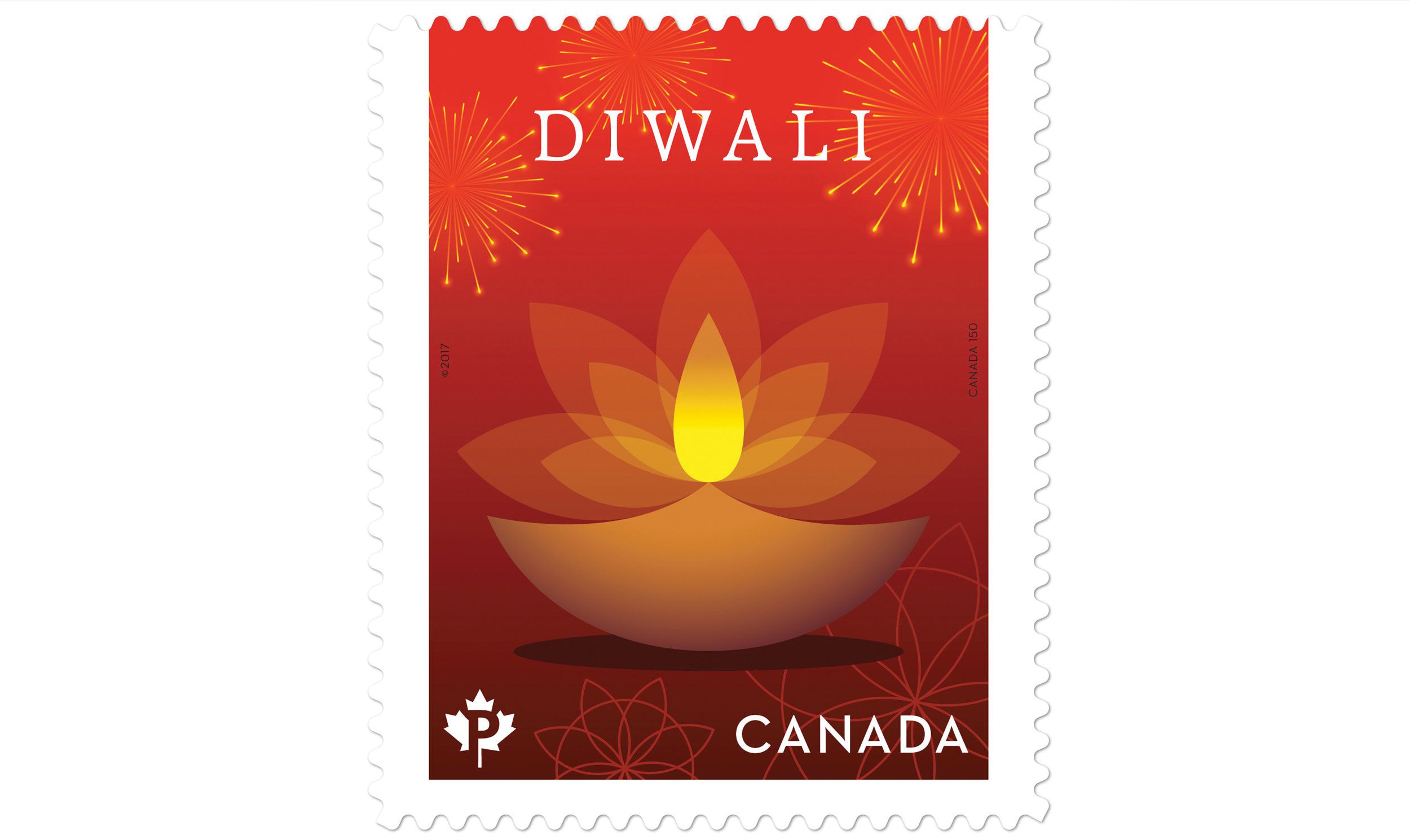 Entro was selected to design the stamp and first day cover for this important celebration observed by many Hindus, Sikhs, Buddhists and Jains in Canada and around the world. The Diwali stamp was unveiled in Toronto earlier in the fall, by Canada Post President and CEO Deepak Chopra; Vikas Swarup, the High Commissioner of India to Canada; and His Worship John Tory, Mayor of Toronto. Entro was invited to be part of the unveiling ceremony and signed stamps for collectors.

Our design depicts a Diya (lamp), with a lotus flower emitting from the flame as a symbol of purity and beauty, its petals representing the five days of the festival. The colour combinations of red and brown tones are inspired by the Bhagva saffron flag and its deep orange colour, emblematic of the followers of Mahadeo. The yellow represents the warm glow of a sunrise, with the retreat of darkness and light prevailing. As a subtle background detail, the stamp design incorporates fireworks, a symbol of celebration, and the rangoli symbol, reflecting tradition. Raleigh, the primary typeface, not only promotes legibility and gives prominence to the stamp design, but also mimics indic script writing through the structure of the letterforms. 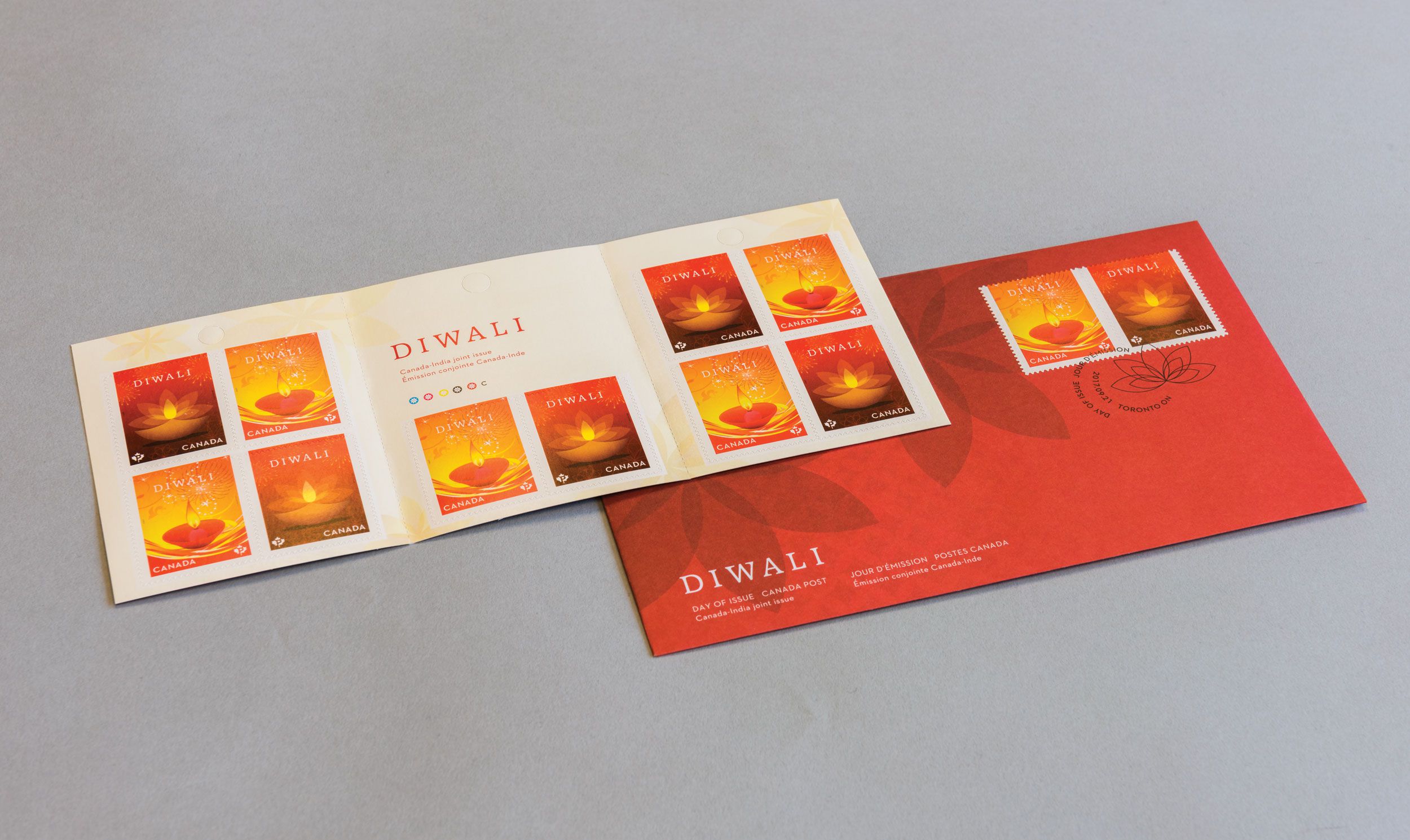 We are honoured to have our work mark such a historic moment for Canada and India. We are also grateful for the invaluable contribution of Dr. Harsha Dehejia, an adjunct research professor at Carleton University and an expert in ancient Indian culture, who served as the subject consultant for this project. The Diwali stamp is one of three of Entro’s stamp designs that were selected as part of Canada Post’s larger initiative titled ‘Cultural Celebrations,’ including a recently issued stamp for Eid al-Fitr and Eid al-Adha, and an upcoming stamp for Hannukah, the Jewish faith’s eight-day celebration.