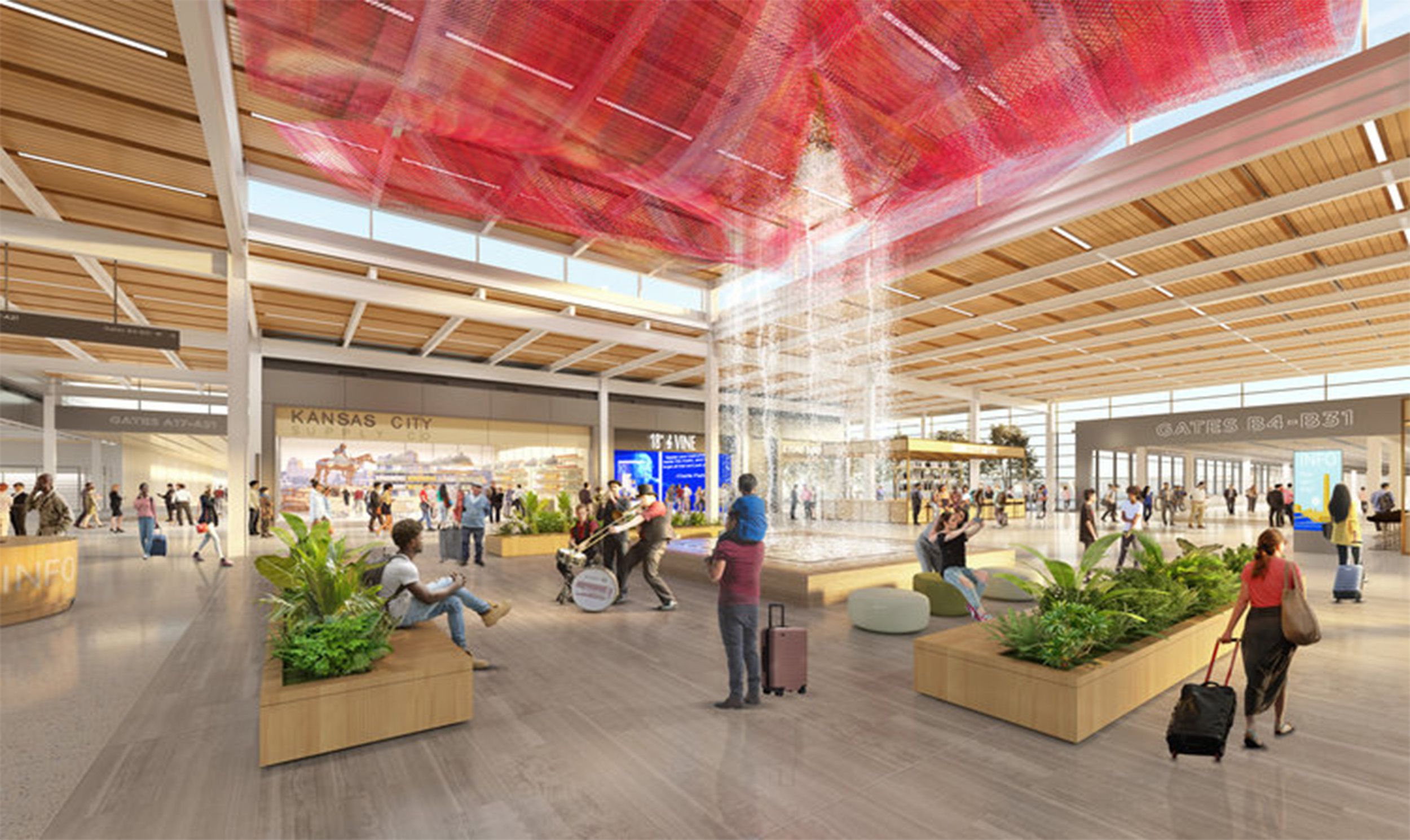 Entro is currently designing signage and wayfinding for the new terminal at the Kansas City International Airport.

The largest infrastructure project in the history of Kansas City, the new KCIA terminal is a collaborative project with Skidmore, Owings & Merrill (SOM) and Clarke | Weitz | Clarkson (CWC). The new 39-gate terminal has the potential to be upgraded to 50 terminals in the future, and will replace the current terminal, which was built in 1972. Targeting LEED Gold, the one-million-square-foot space will feature a modern compact layout, plenty of windows, natural materials, and a fountain.

The project is slated to be completed in 2023. For more information about the Kansas City International Airport New Terminal, click here.