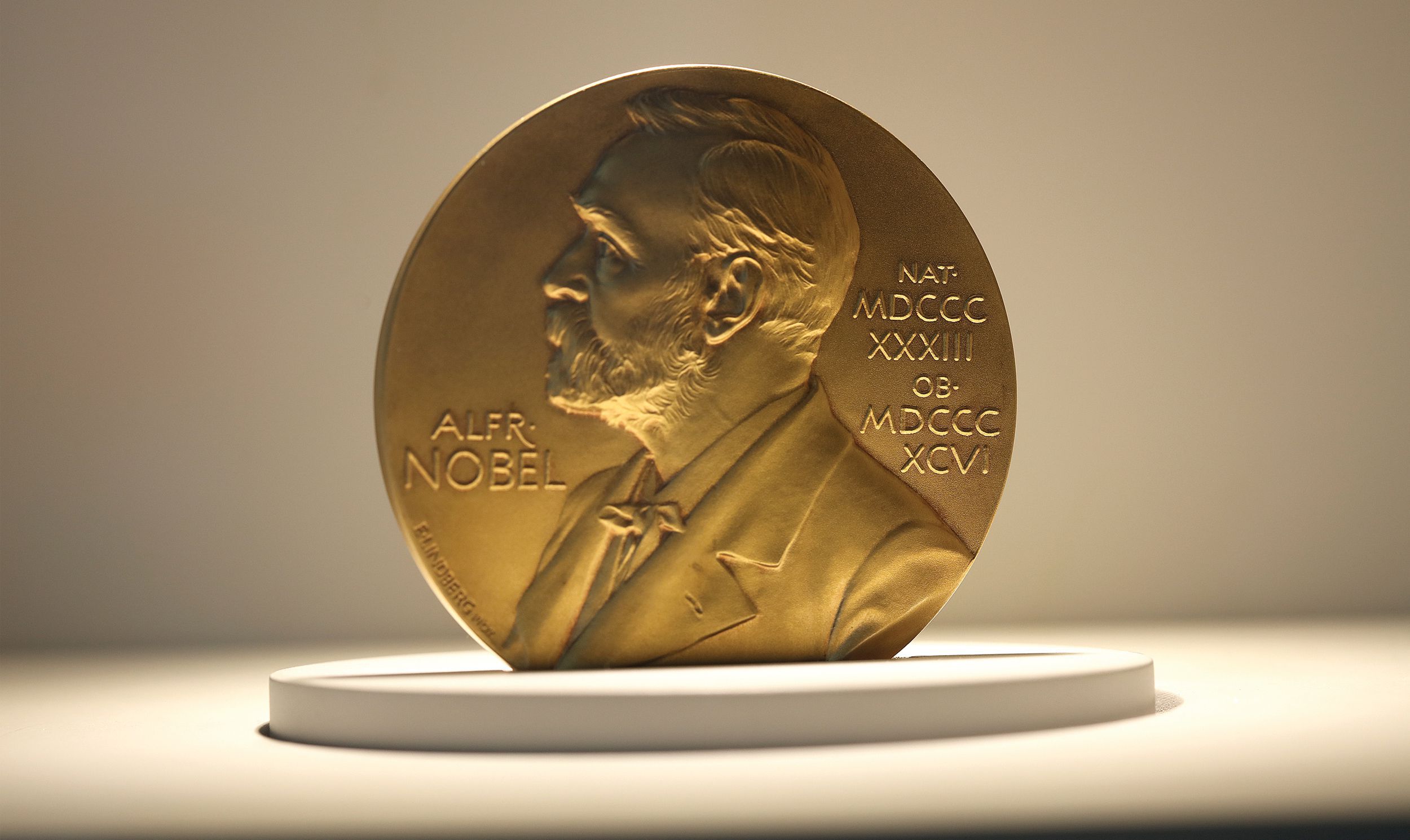 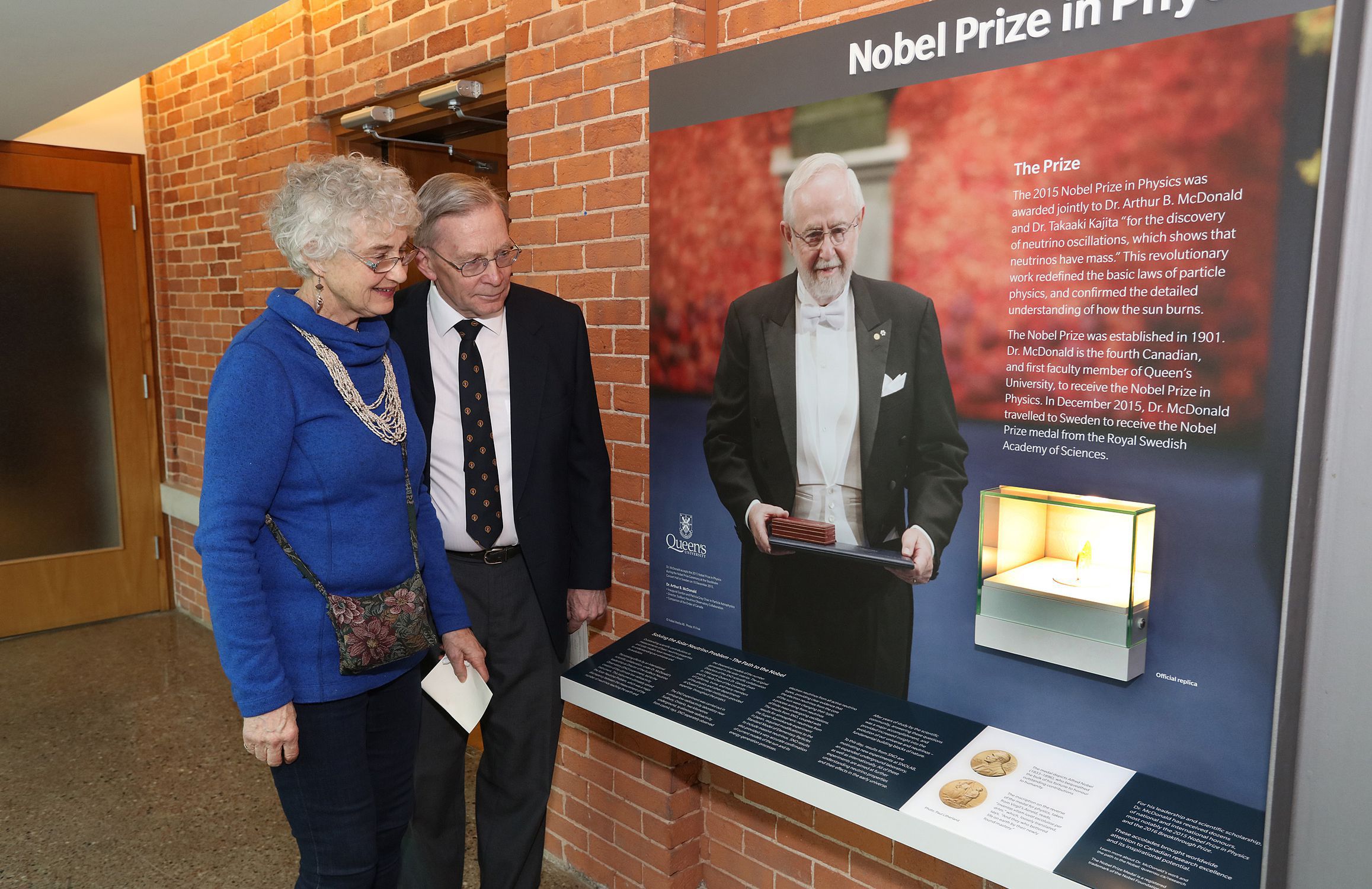 Taking cues from the architectural language of the Agnes Etherington Art Centre, the permanent display blends in with the transition space along the accessibility ramp outside of the Art Centre’s lounge. A photographic panel visually captures the moment when Dr. Arthur McDonald received the prestigious Nobel Prize. An internally lit display case with a motorized and rotating plinth provides visitors an optimal viewing experience for the two-sided medal. To inspire students, staff, and visitors of the university, and those who are interested in physics, an inforail is provided to communicate the details of Dr. Arthur McDonald’s research on neutrinos. 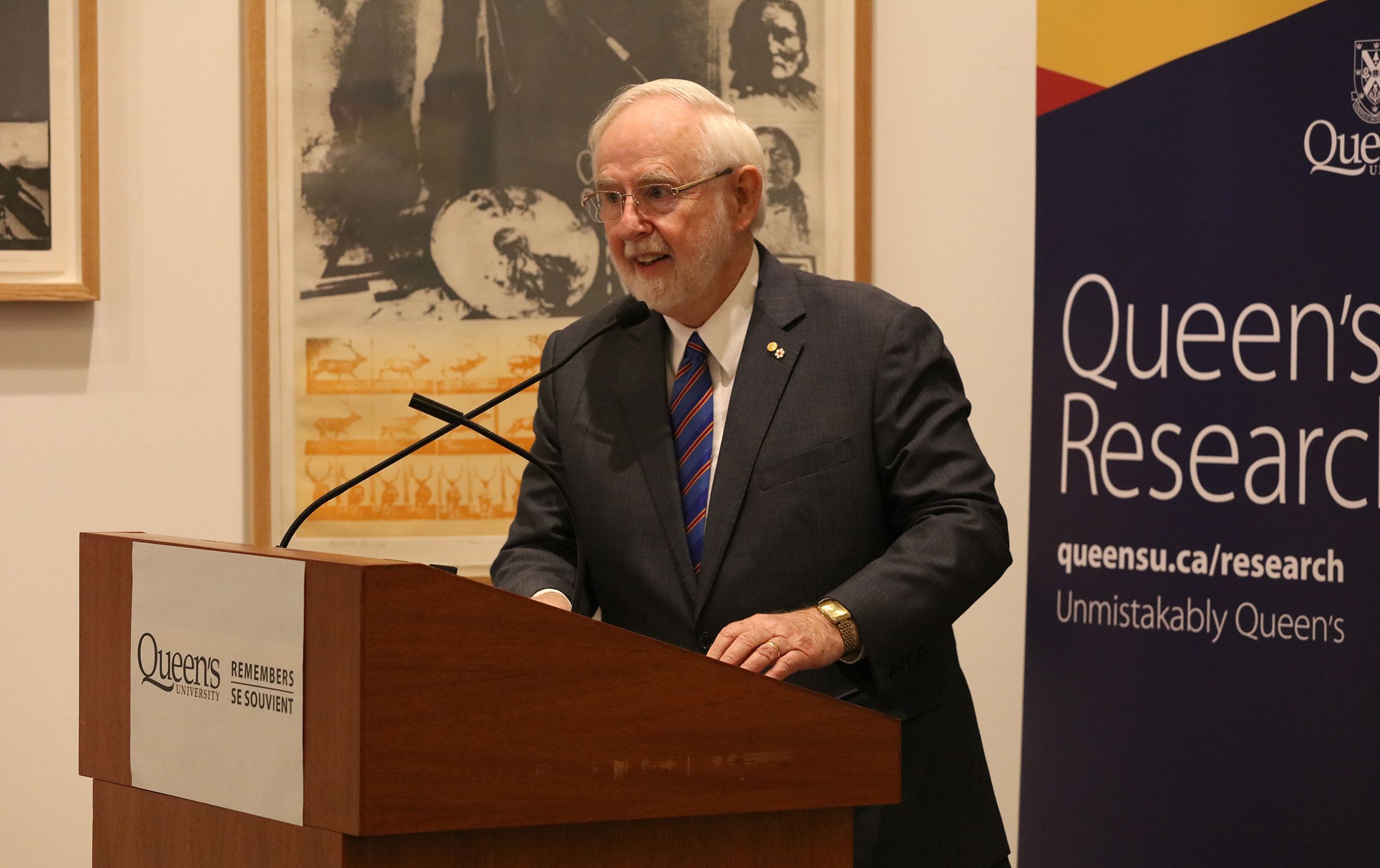 Dr. McDonald was the co-recipient of the 2015 Nobel Prize in Physics for his discovery of neutrino oscillations, a phenomenon which proved that neutrinos have mass. He shared the prize with Takaaki Kajita of the University of Tokyo, whose research made similar detections possible. 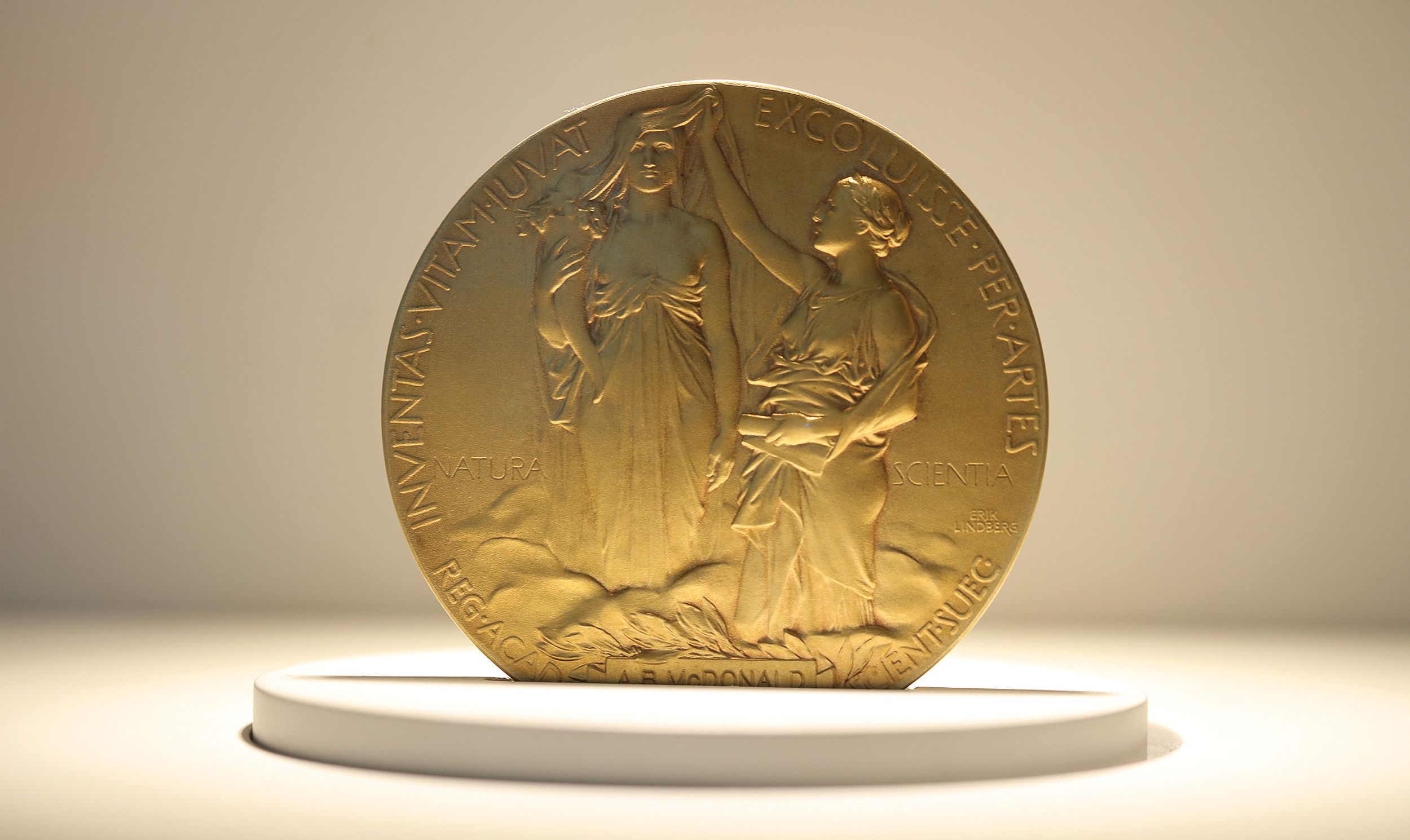 The exhibit is a part of a series of displays on campus that are meant to commemorate the Nobel Prize and Queen's excellence in astroparticle physics research. As a leader in scientific research, Queen’s University continues to support strongly the ongoing work at the SNOLAB underground laboratory which has helped Canada become a leader in the field of particle astrophysics.