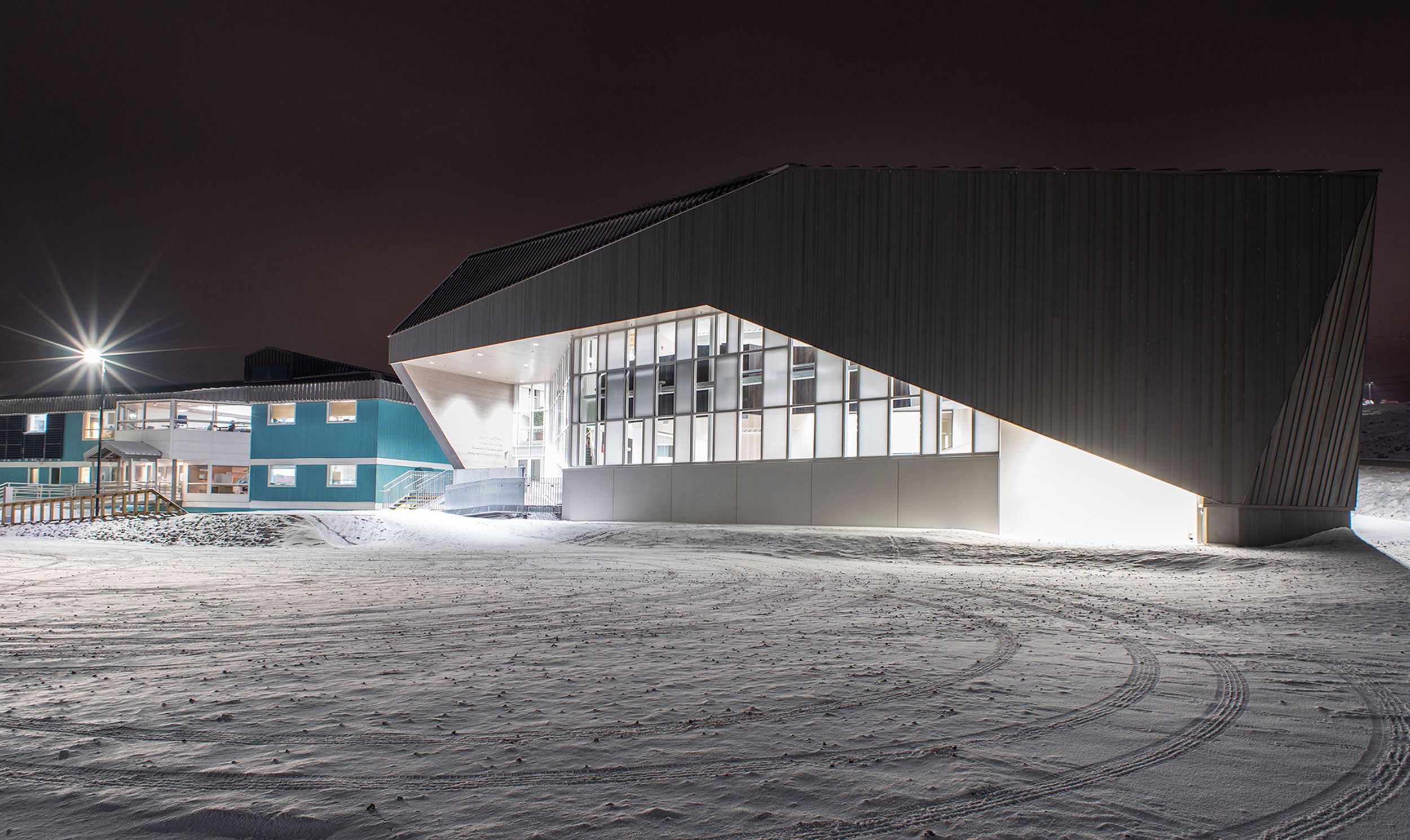 Arctic College’s Nunatta Campus in Iqaluit recently celebrated a new expansion, now serving as a cultural and social hub for learners and the local community. The College is unique in offering life-long learning opportunities that empower learners while protecting and promoting Inuit language and culture. Entro was excited for the opportunity to develop the signage and environmental graphics for this building, which was designed by Teeple Architects and Cibinel Architecture. 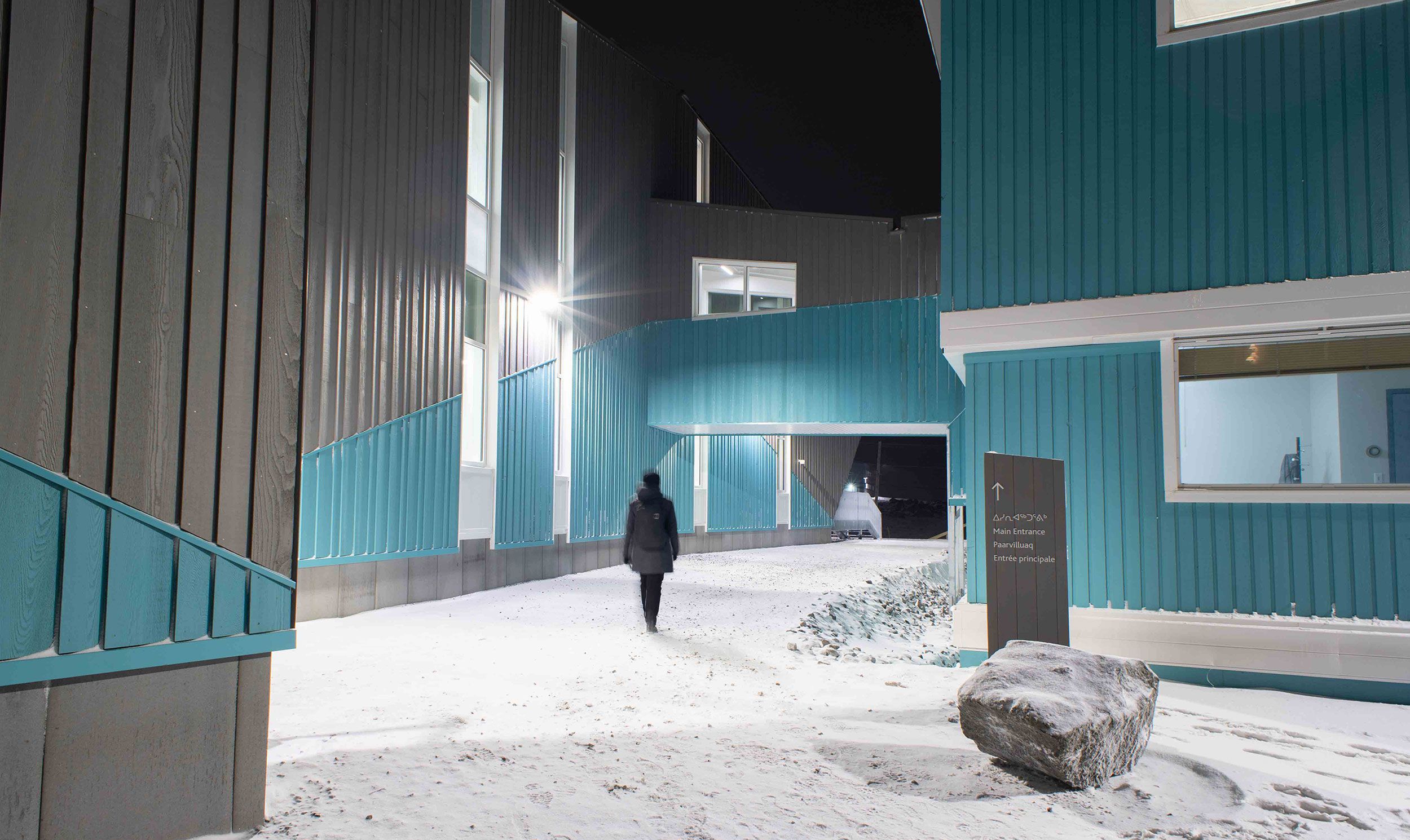 Architecturally inspired by the powerful landscape, the building also responds to the technical, cultural, and social needs of its users. A balance was struck between the need for insulation from the cold and the desire for natural light. The interconnected interior layout encourages learner interaction, while the welcoming circular space at the heart of the building represents the Inuit values of collaboration and connection. 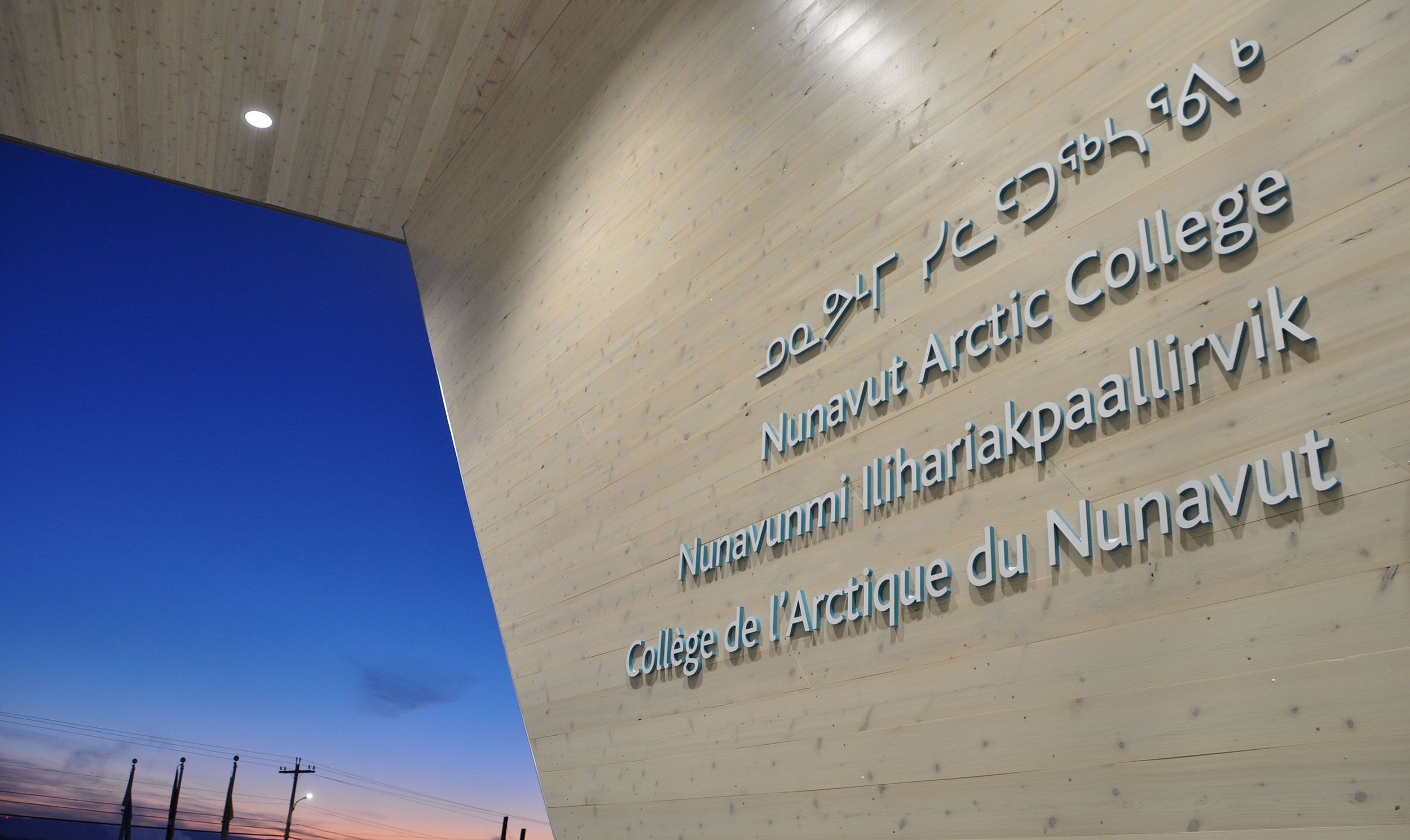 When designing the signage and the glass distraction patterns, we aimed to enhance the simple but distinctive angularity of the architecture as well as the atmospheric patterns created by the Arctic light. 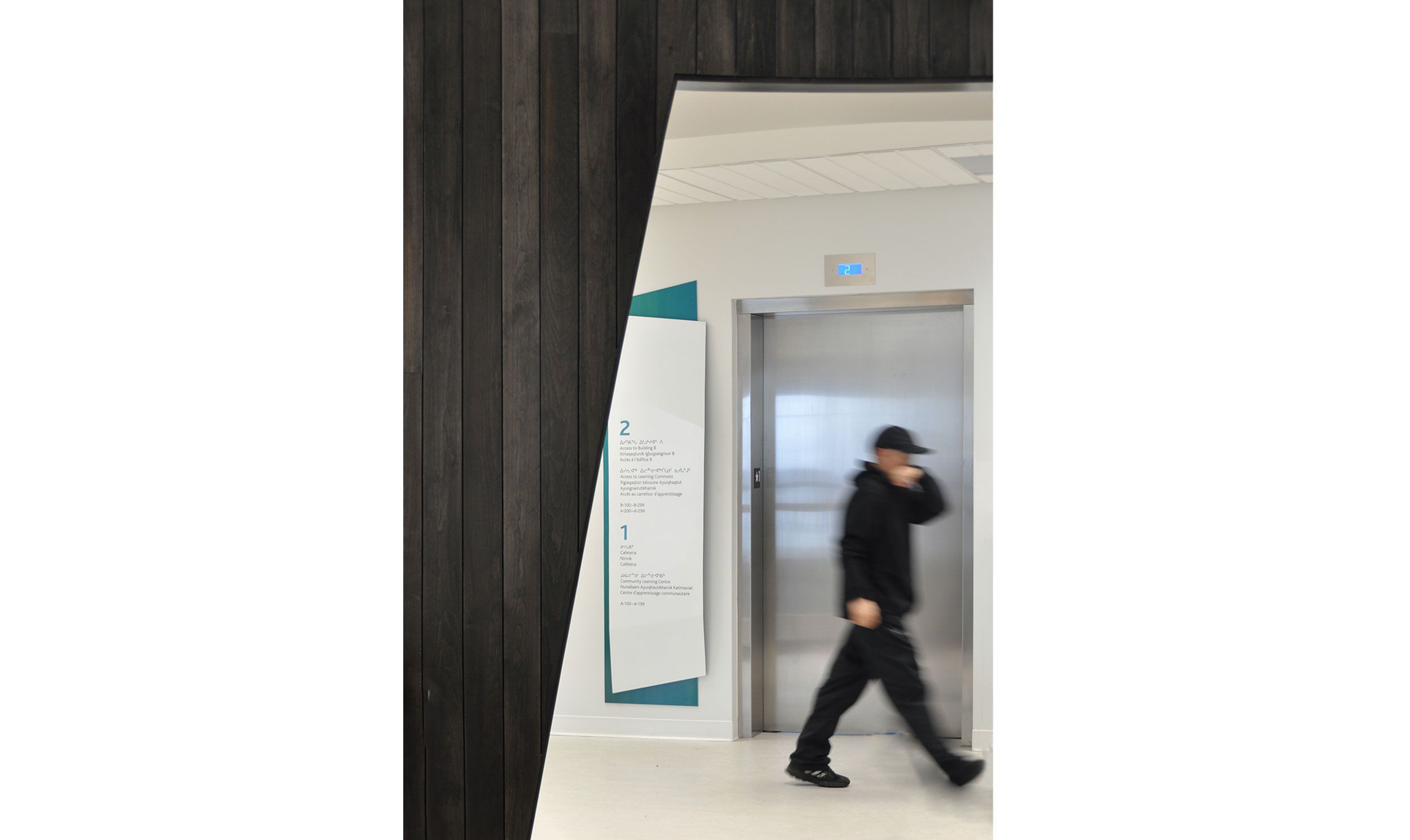 Beyond aesthetics, our task was to create an accessible wayfinding system that would provide direction to speakers of the region’s four main languages — English, Inuktitut, Inuinnaqtun and French. 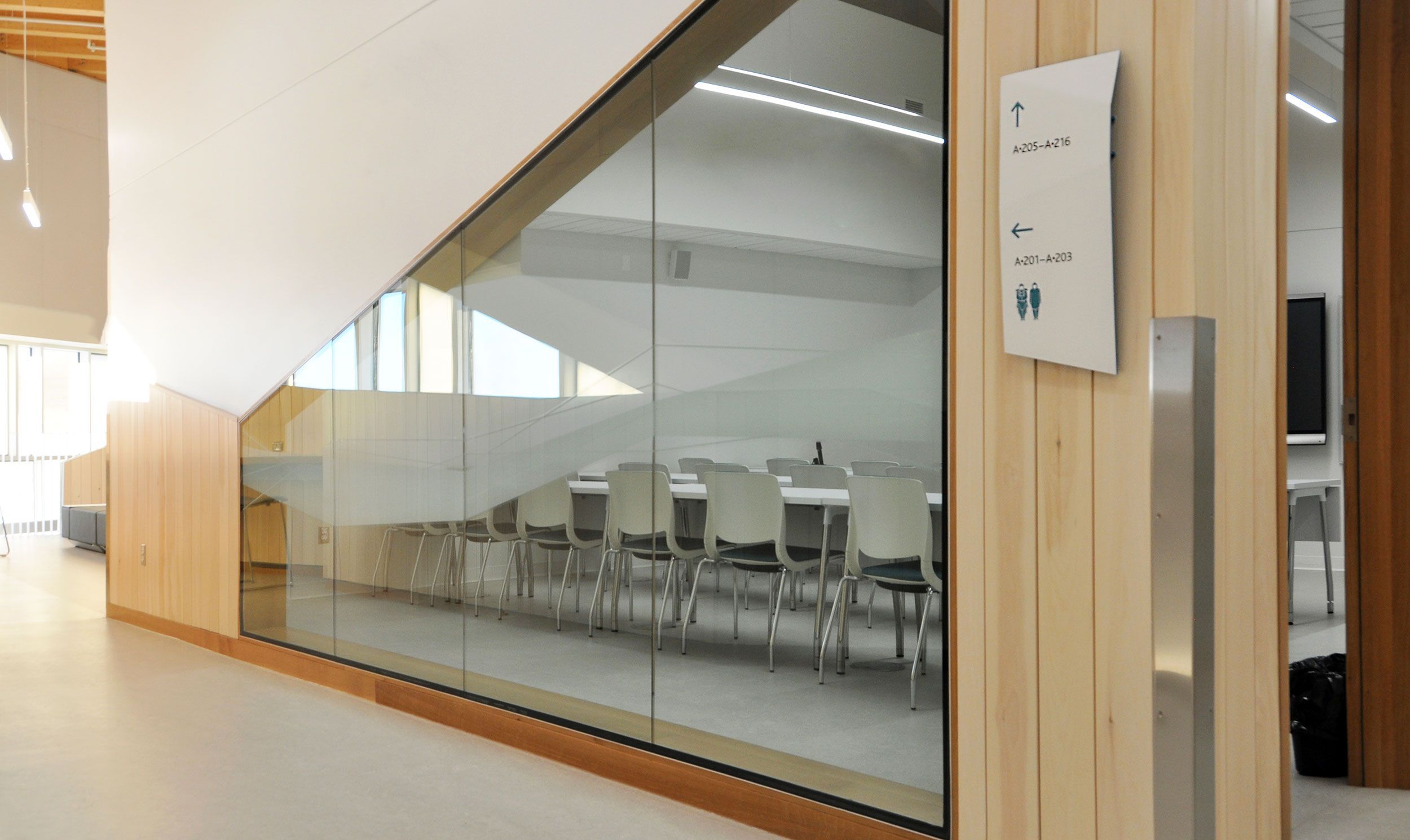 After consulting with the College and studying input from community groups, we designed a program that relied as much as possible on pictograms and numbers, in some cases breaking with common conventions, to better serve the needs of Northern, Indigenous users. 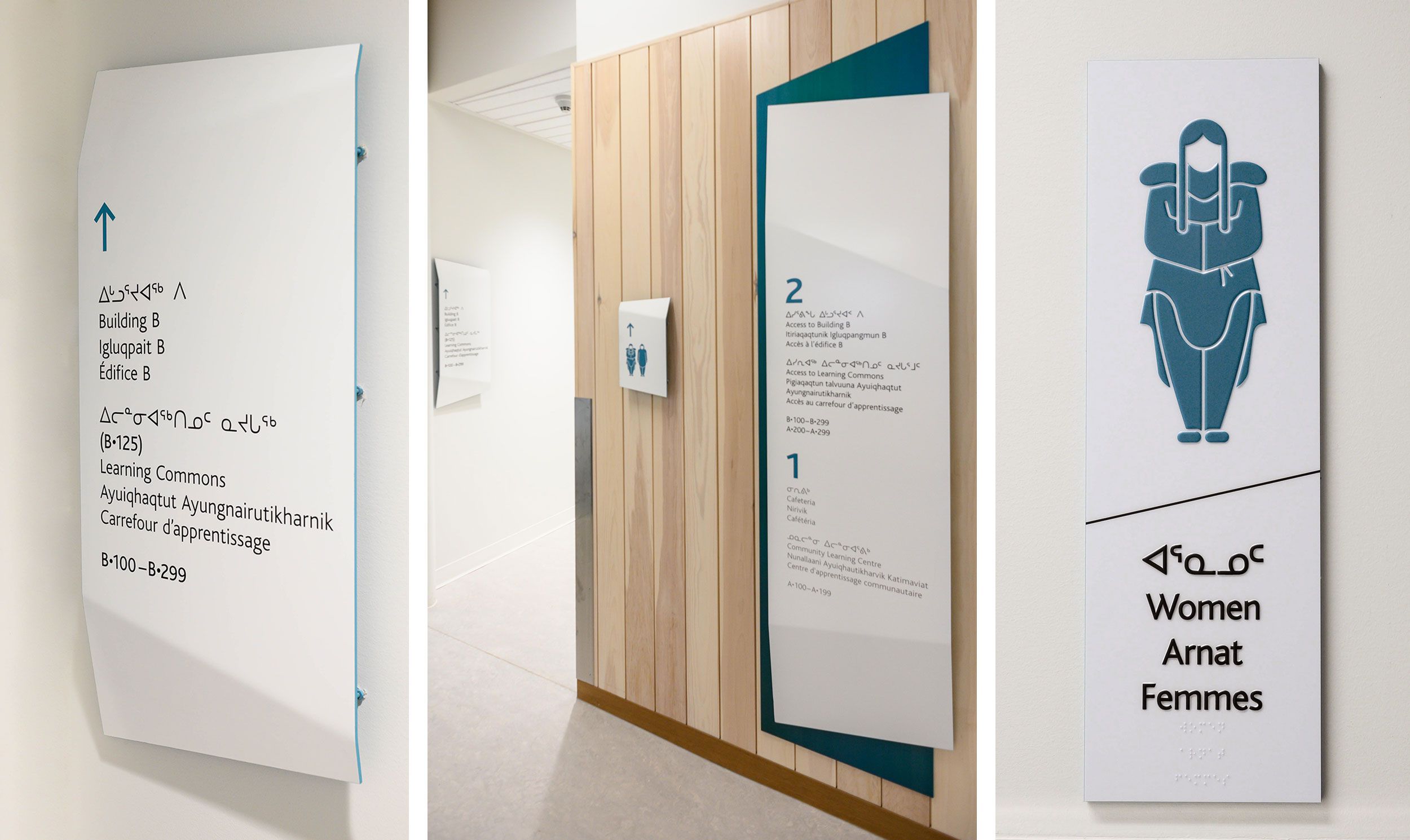 For example, we learned that standard “universal” washroom icons are not representative of gendered clothing traditionally worn in the North. Instead, Arctic College asked us to work from images of amauti — a type of parka traditionally worn by Inuit women in the region — and its male equivalent. 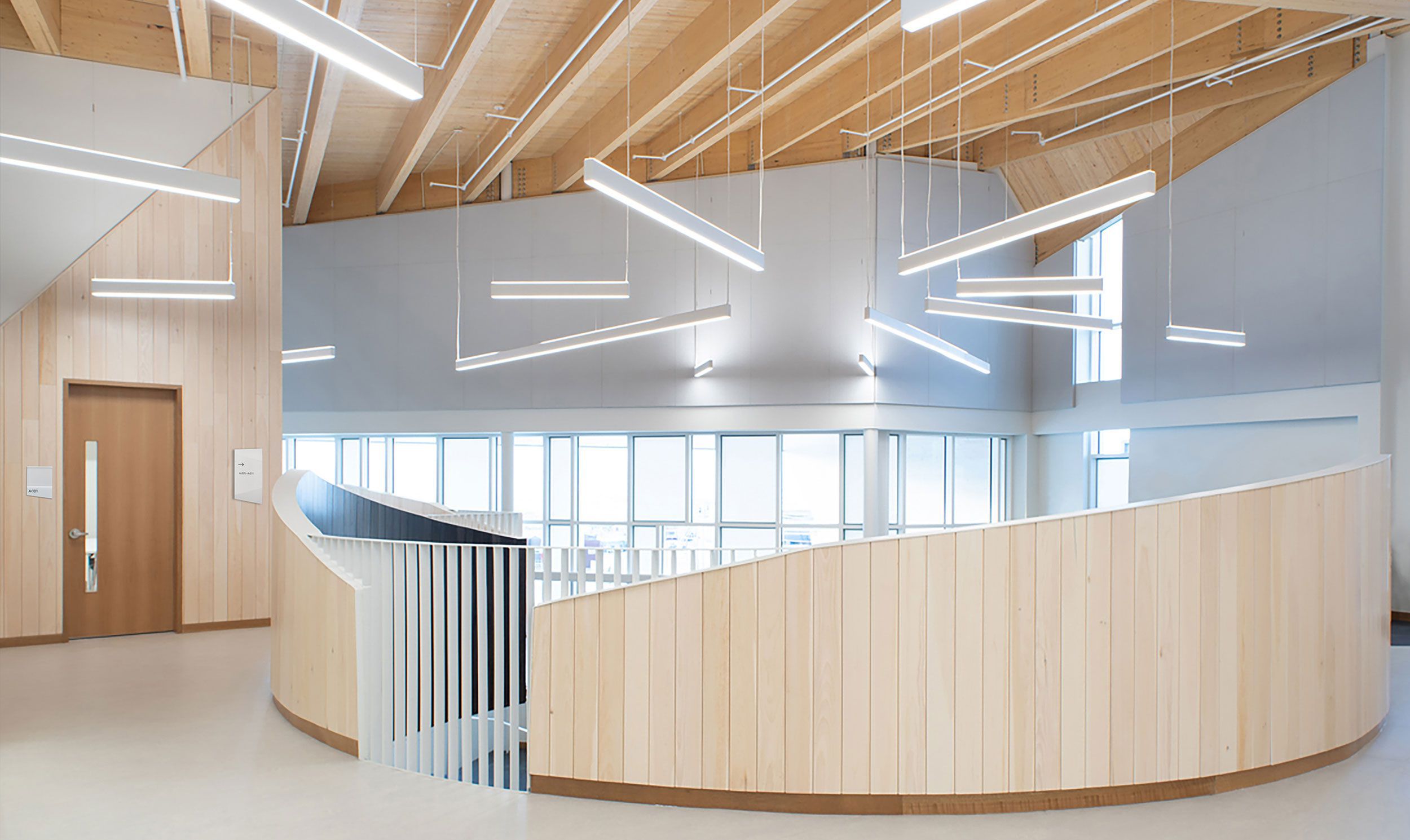 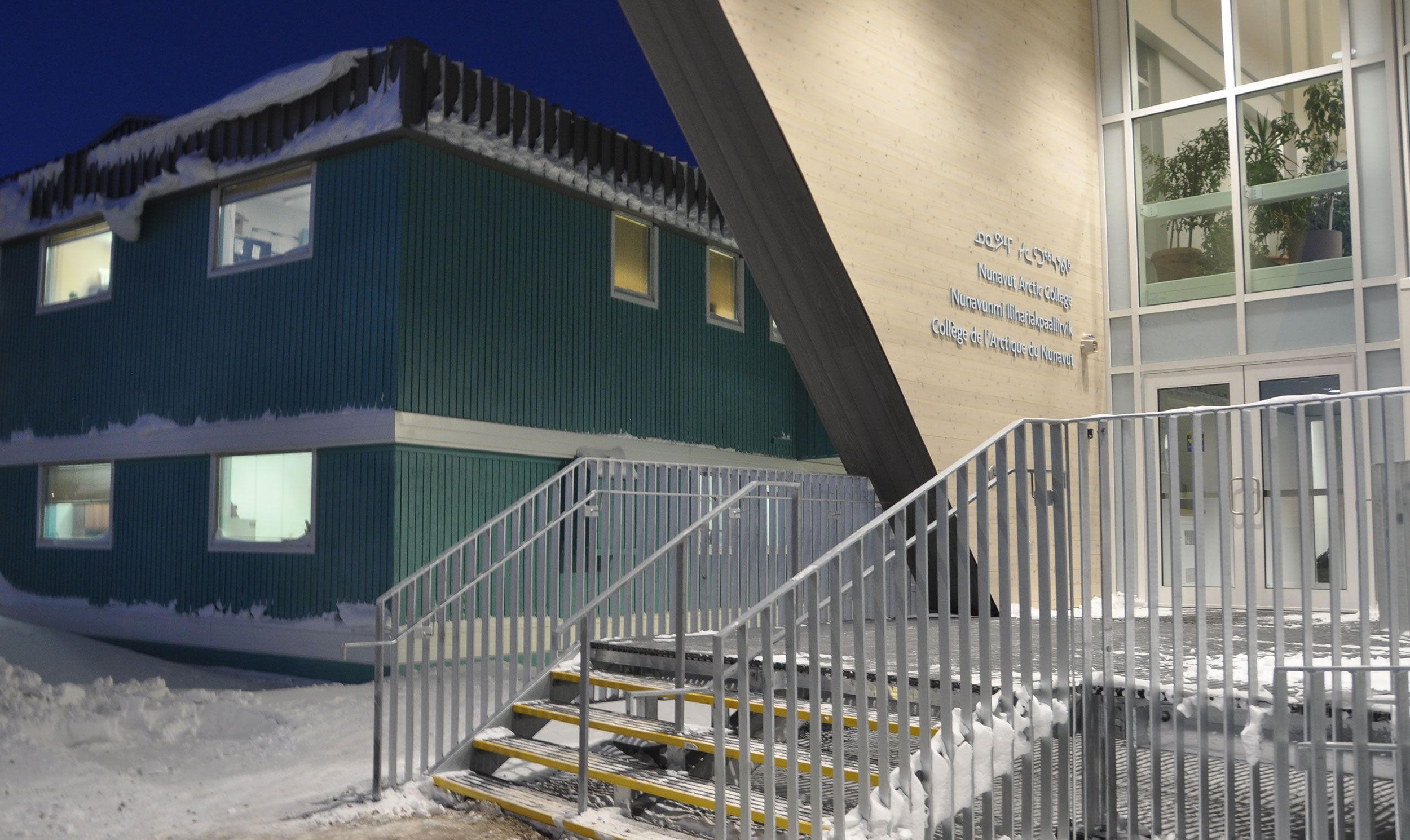 For signage where text was absolutely necessary, we aimed to achieve a clean, visually balanced look – a challenge with four different languages and two alphabets (for which matching fonts were unavailable), often resulting in texts of exceedingly different lengths. After testing a range of fonts in different weights and styles, the result is readable and elegantly simple – helping both visitors and locals navigate this new but already lively and well-loved, multi-cultural community space. 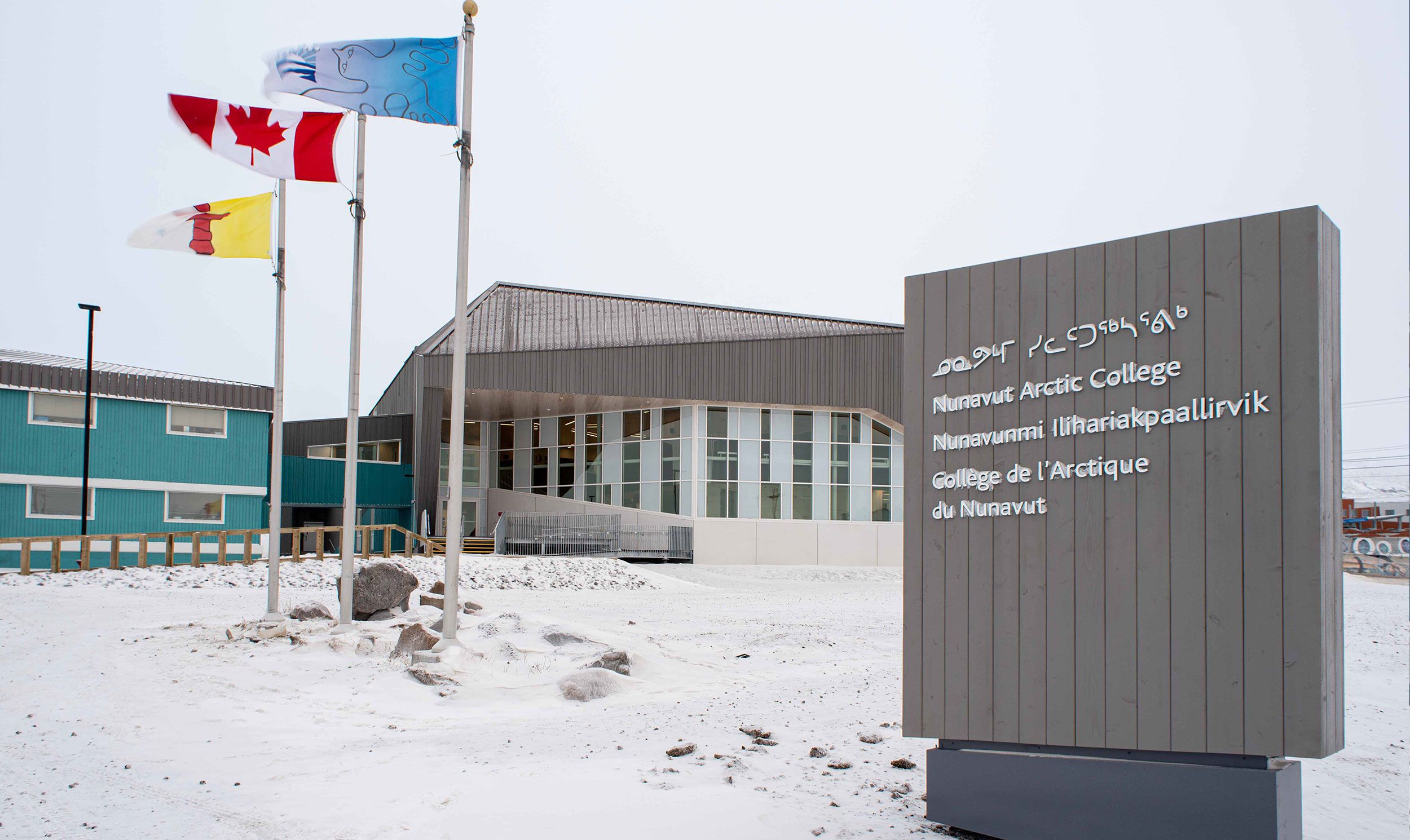 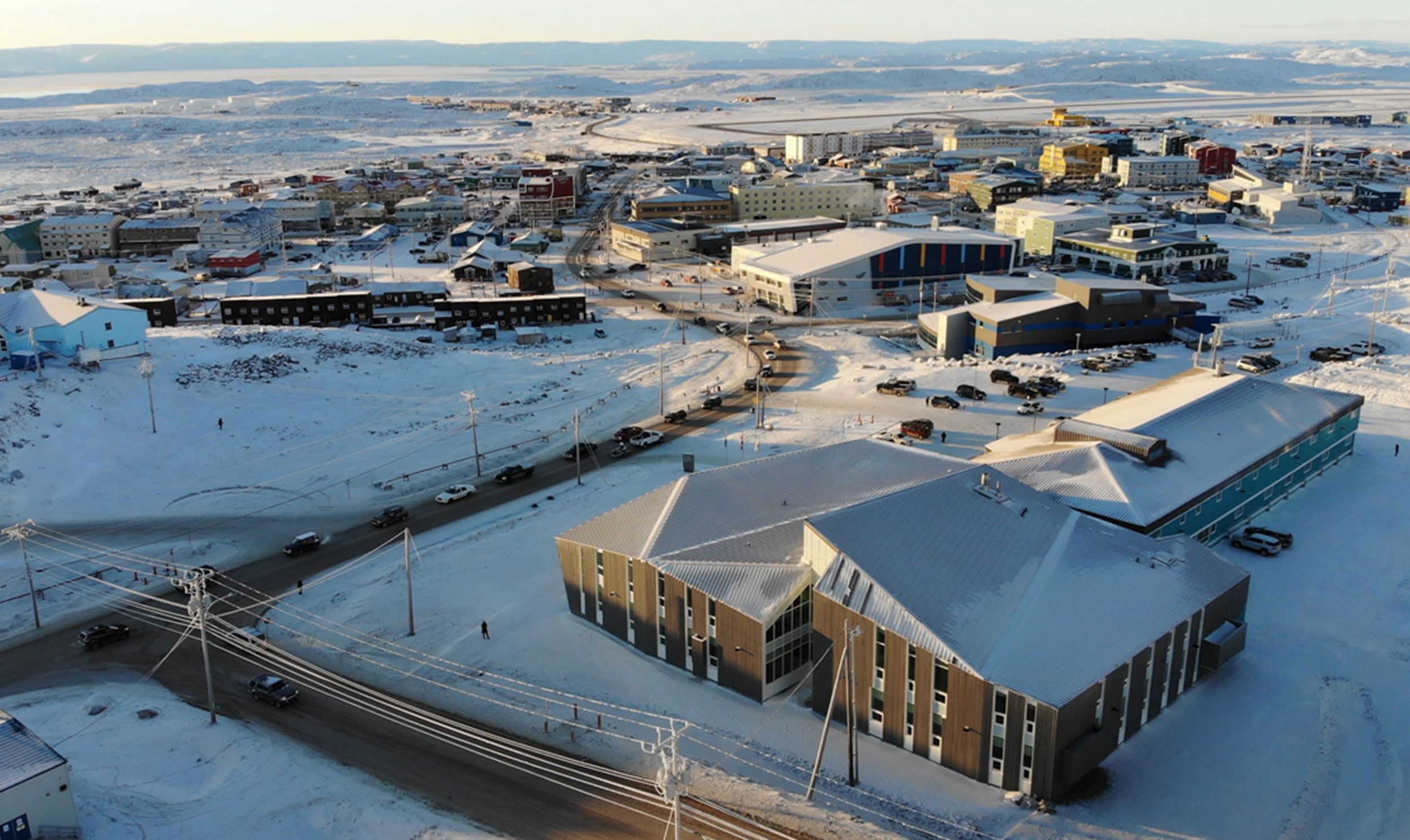