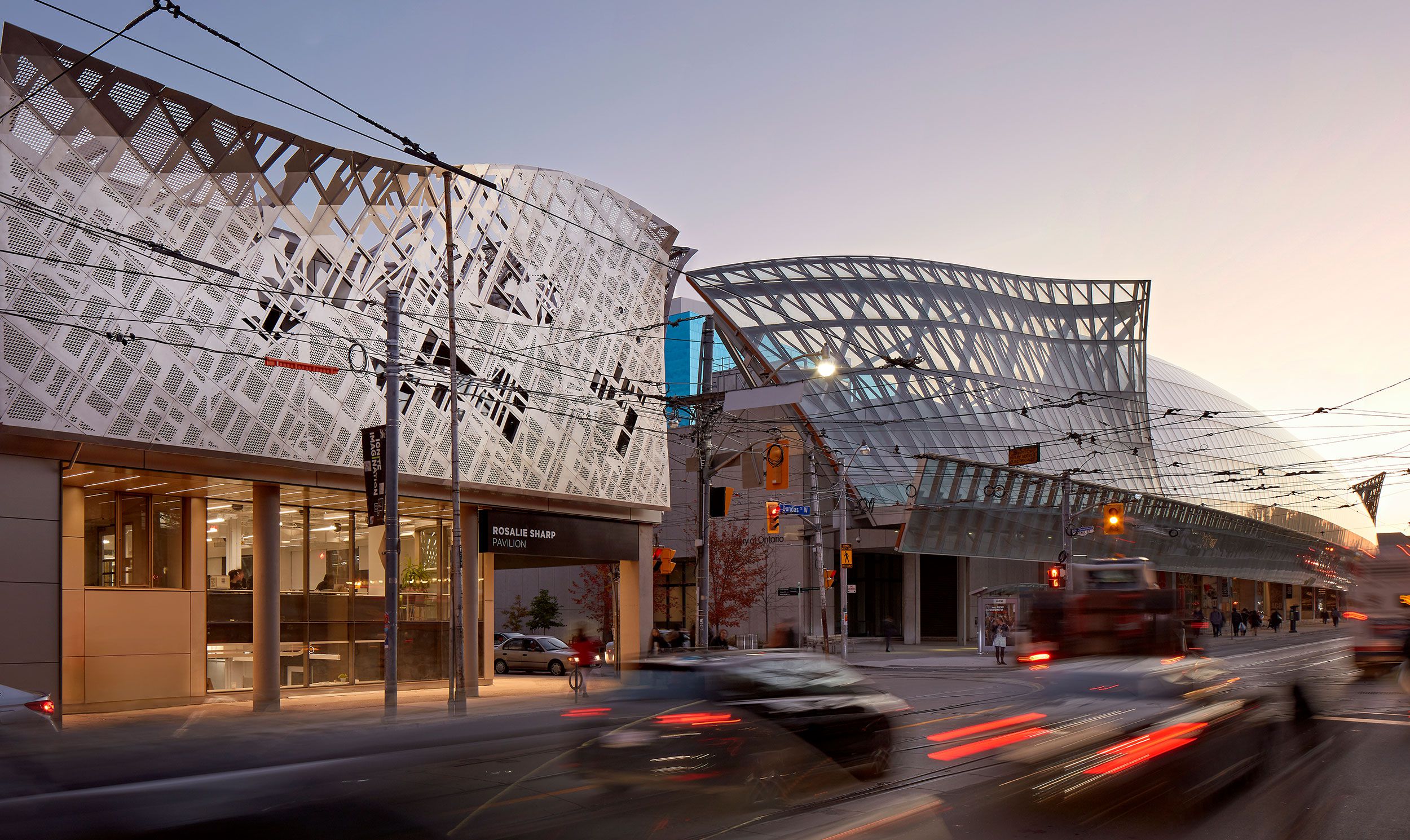 OCAD University’s Creative City Campus revitalization is re-imagining ways to provide students with the flexible learning and social spaces they need on the University’s constrained downtown campus. Having previously designed OCAD U’s signage standards to align with the school’s new brand, the Entro team was thrilled for the opportunity to implement them as part of this renovation and expansion initiative.

The Rosalie Sharp Pavilion, by Bortolotto Architects, was one of the first buildings to be completed. Positioned on a cluttered corner of Dundas Street, the Pavilion distinguishes itself with a striking scrim wrap, which beckons as a gateway to the campus. This architectural element is conceptually significant, with its corners peeling gently away from the base structure to reveal the colourful work of the students within. 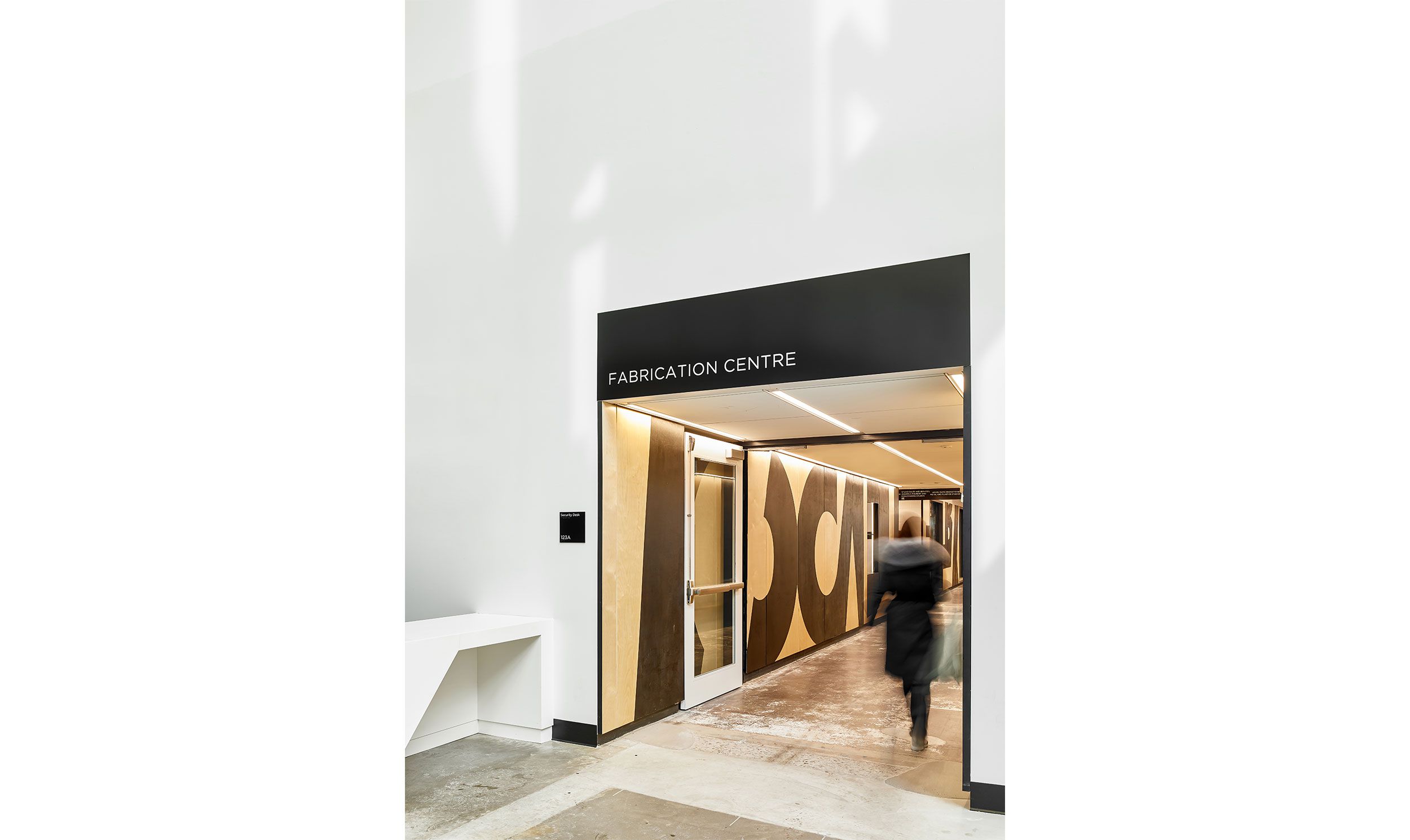 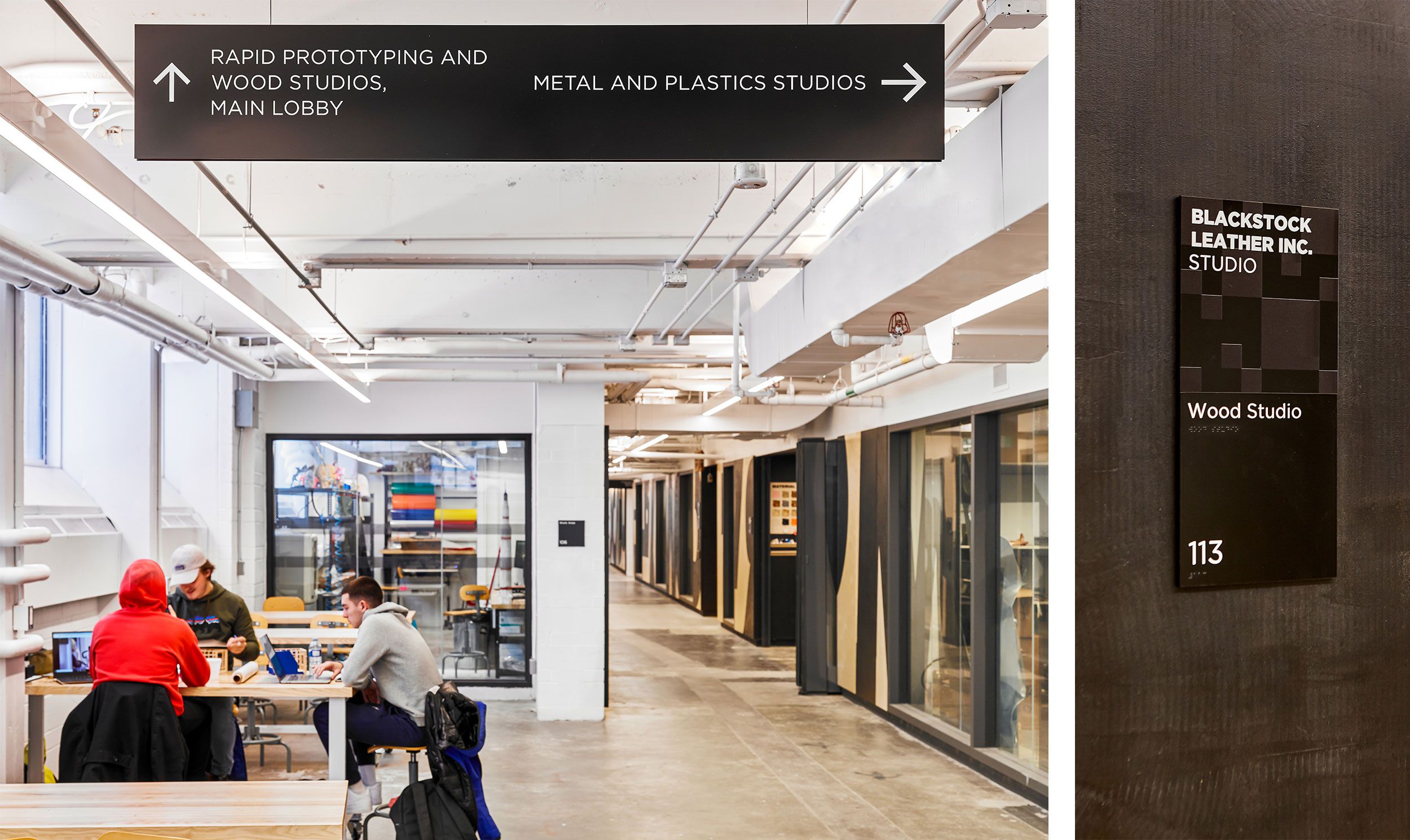 We kept the signage program clear, consistent, and minimal. The black and white simplicity is inspired by OCAD U’s visual identity. It does not overwhelm the environment by asserting its own style, but rather allows space for students to think, create, and express their own ideas. 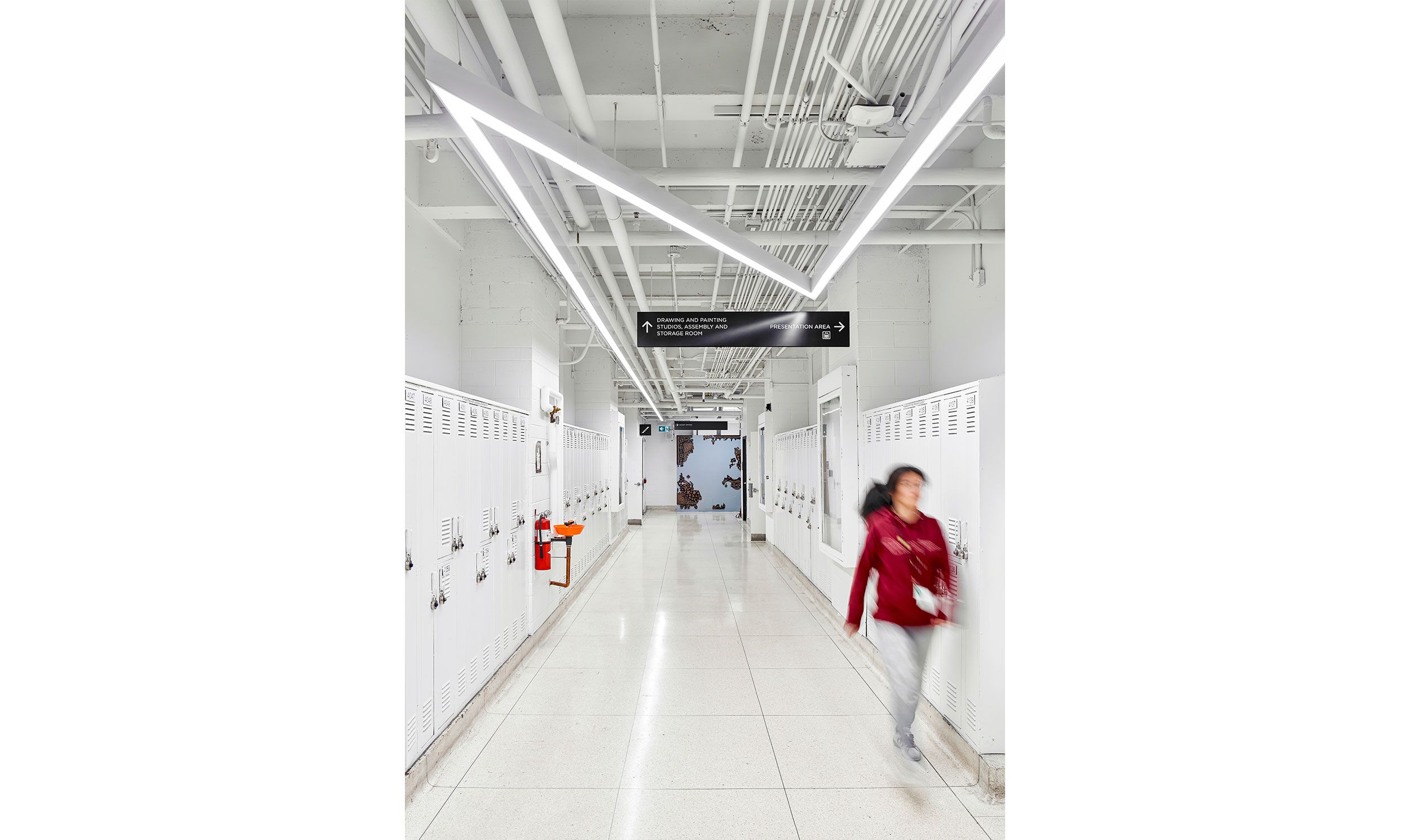 The distinct consistency of the signage facilitates not only wayfinding; it also helps to unify a campus spread over different buildings, functional spaces, and programs.

We’re looking forward to the next phases of the Creative City Campus, including the renovation of the iconic Sharp Centre and the further expansion of 100 McCaul Street.