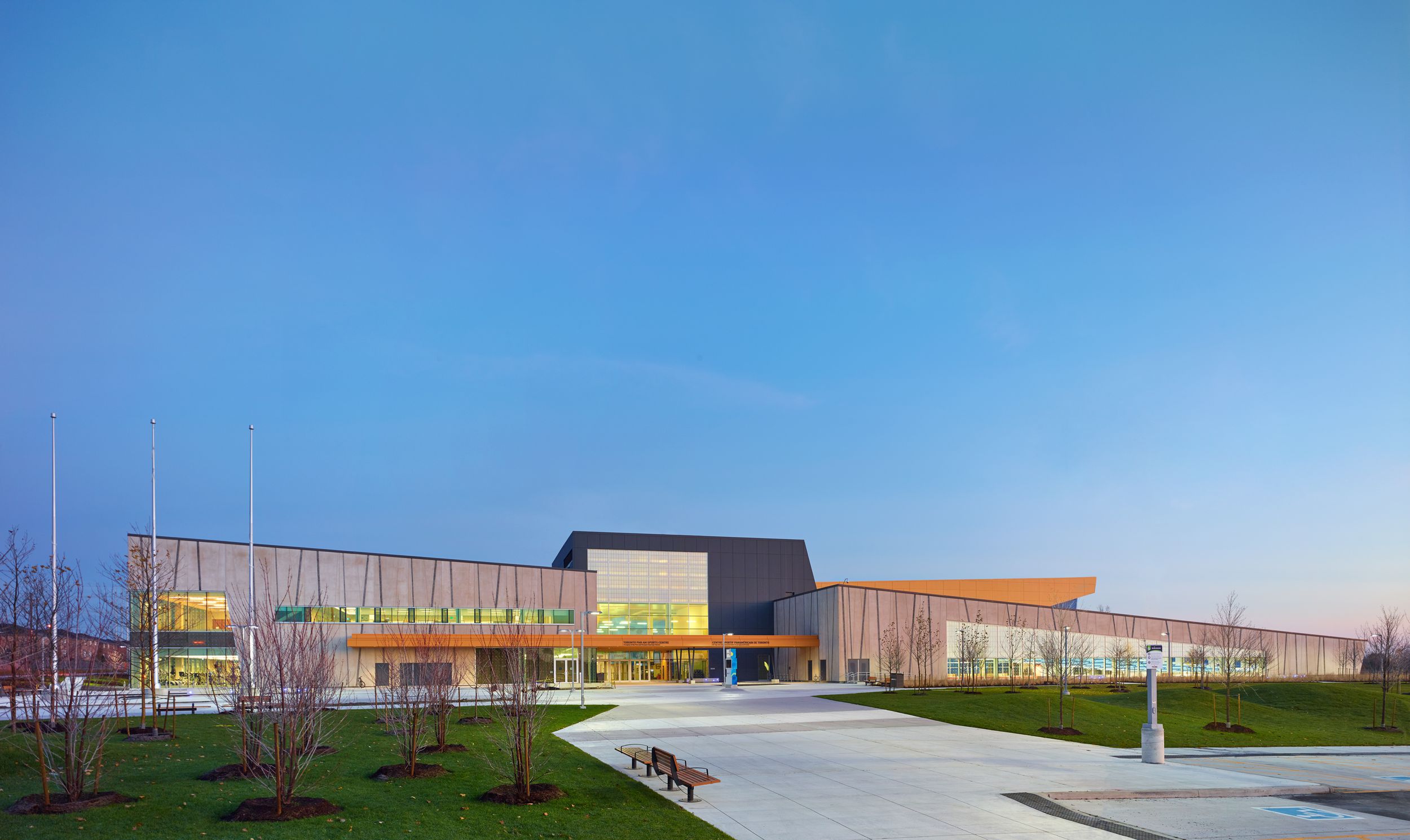 The CIBC Pan Am/Parapan Am Aquatics Centre and Field House represents the largest ever investment in Canadian amateur sport history. Entro created environmental graphics and wayfinding for the complex, which hosted swimming, diving, roller speed skating, pentathlon, and fencing events during the games. 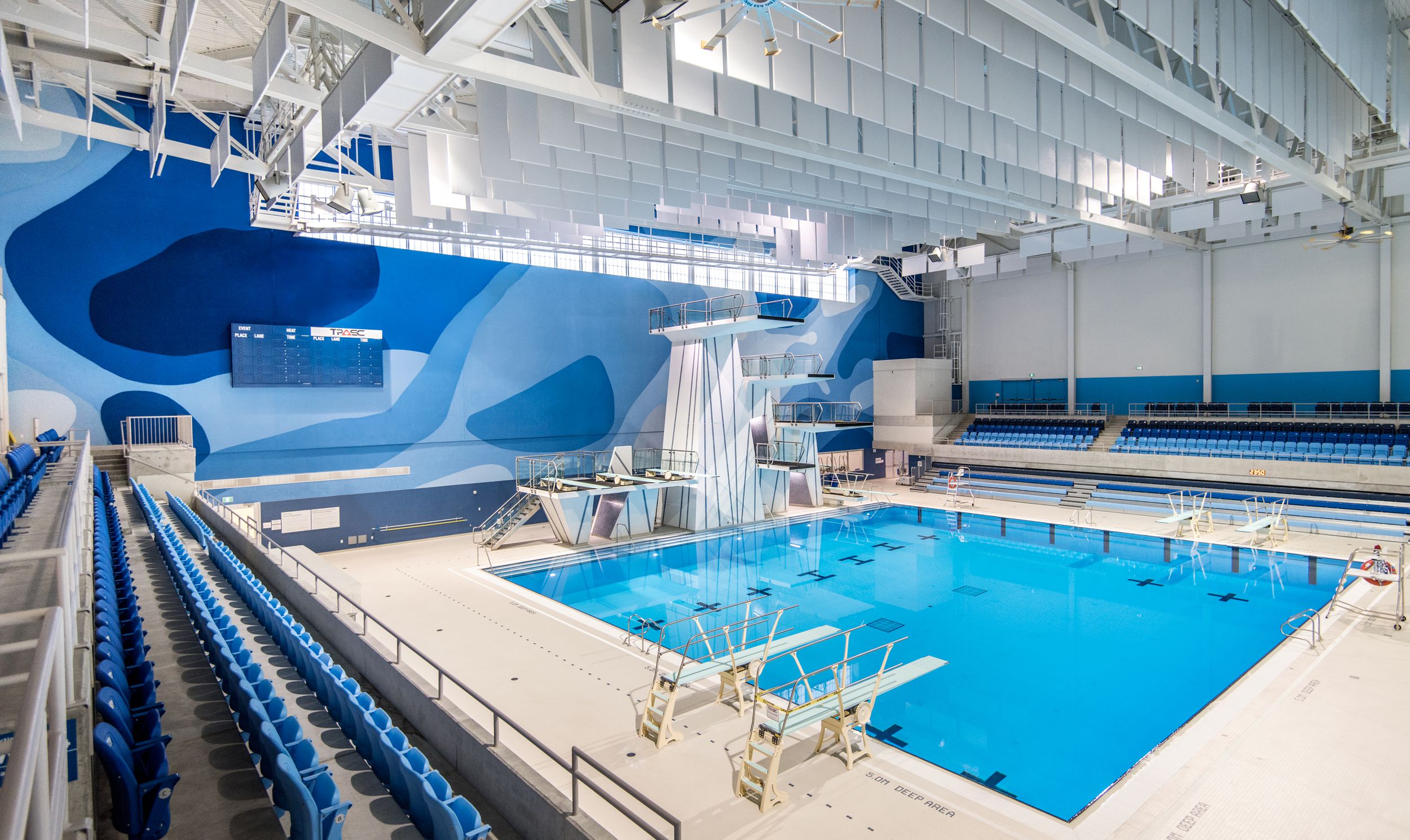 Entro’s environmental graphics took their cue from the alternating tilted planes of the venue’s dramatic roof structure, itself inspired by the rock fissures in the Canadian Shield. An abstract graphic form, influenced by waveforms interacting with light and shadow, was created for large-scale wall treatments in the building's interior and as a key element on signage. 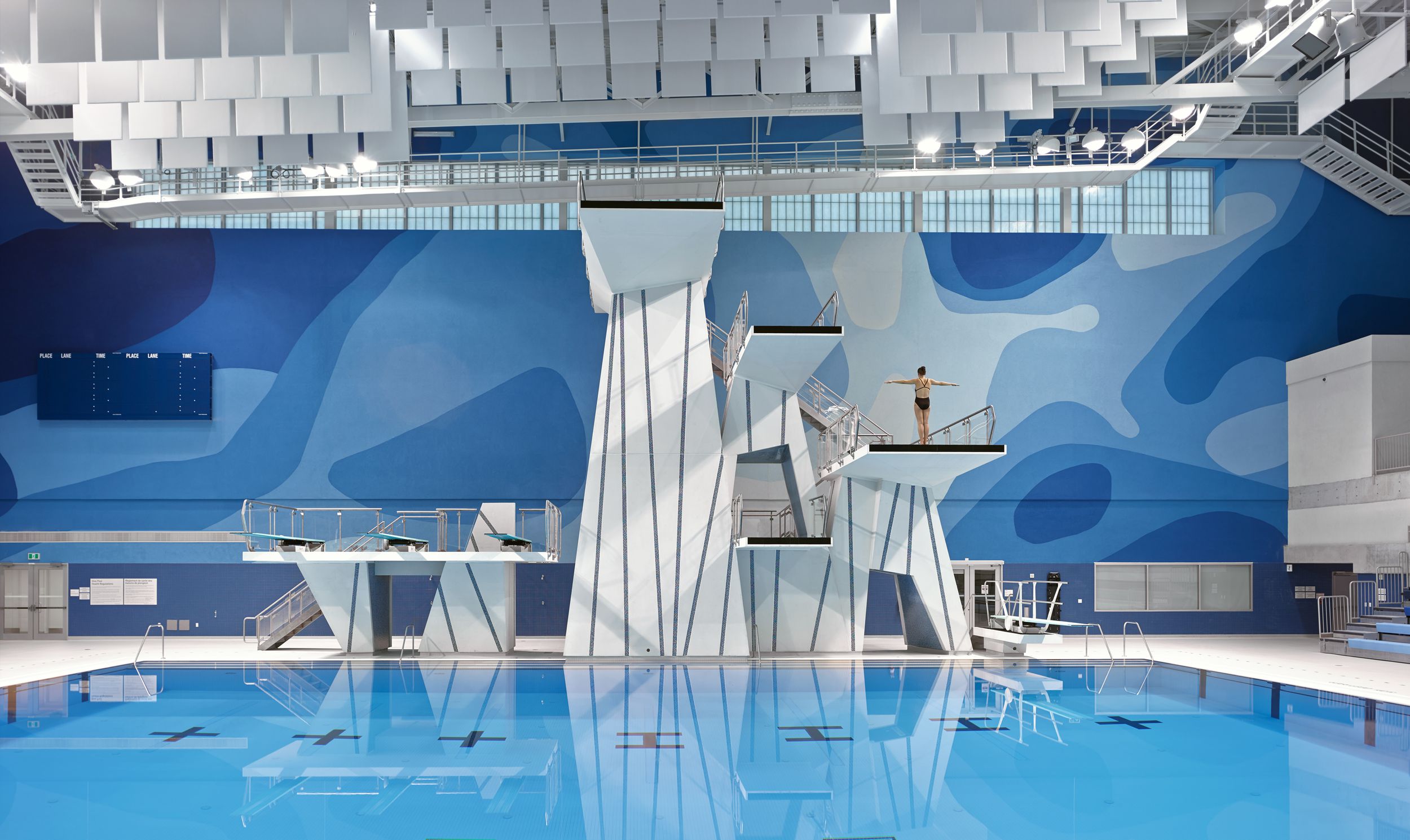 This graphic was an iconic element during the Games as the dive tower back­drop, while the wayfinding system provided ease of navigation for spectators on their way to events. Both continue to inspire and guide users through the building effectively. 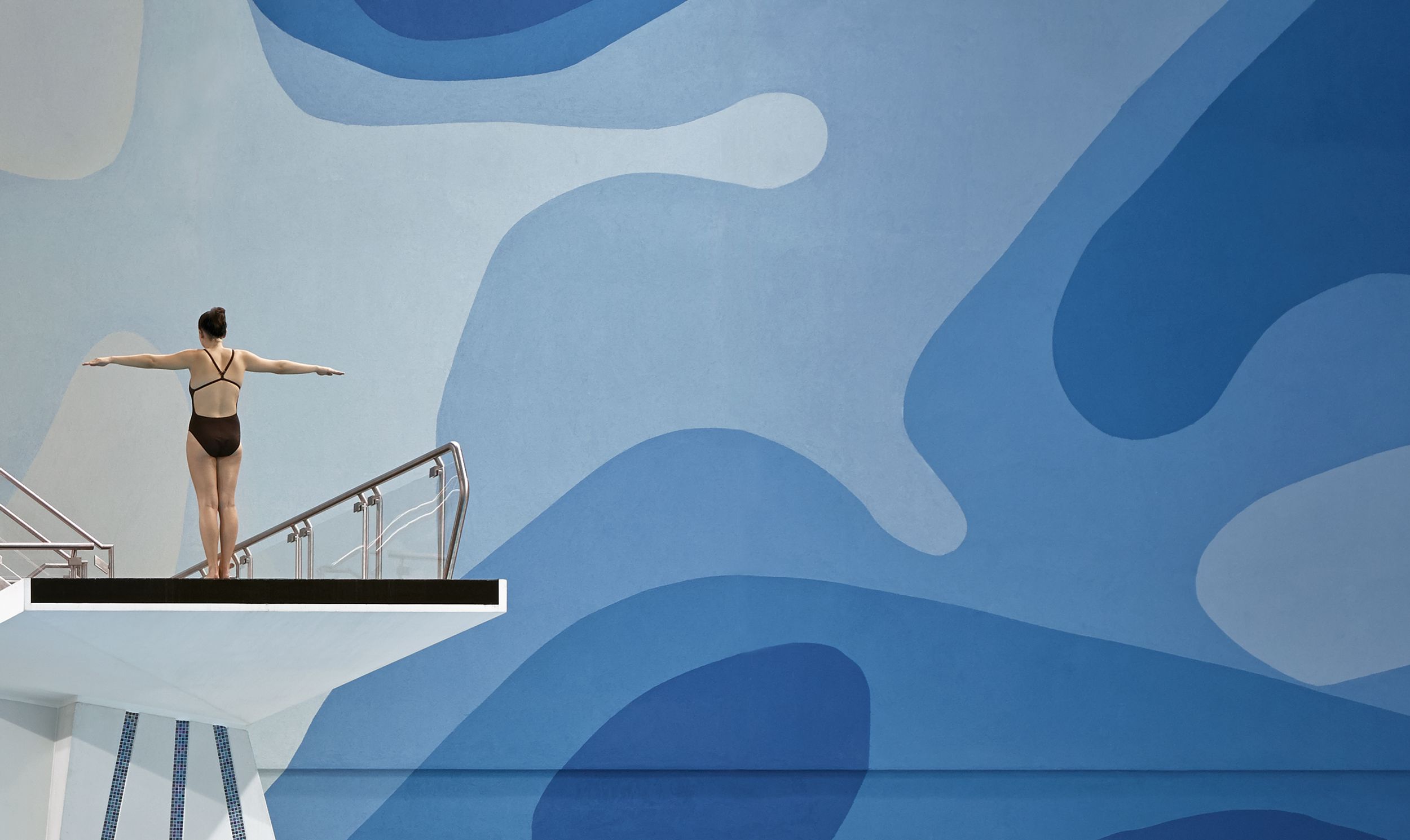 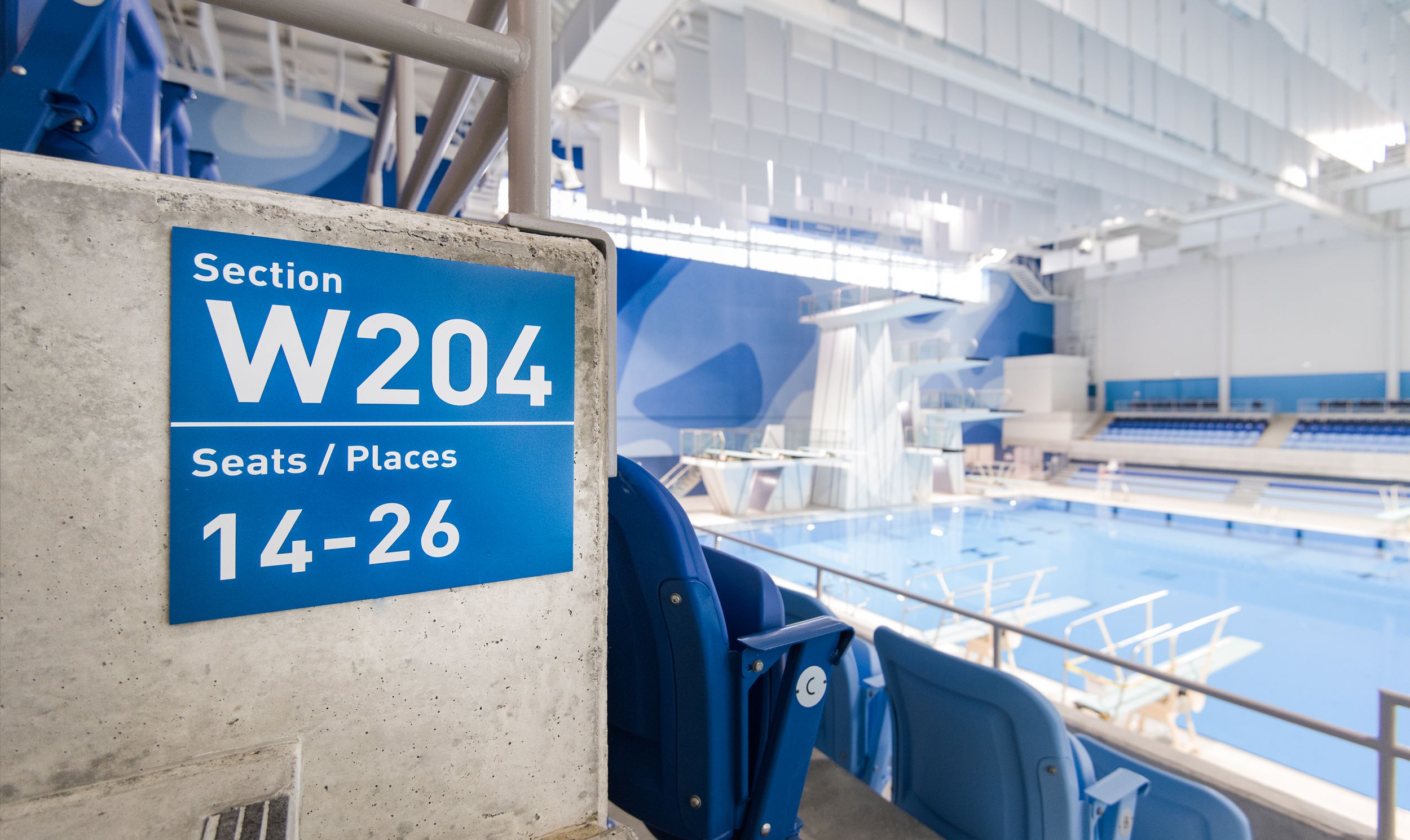 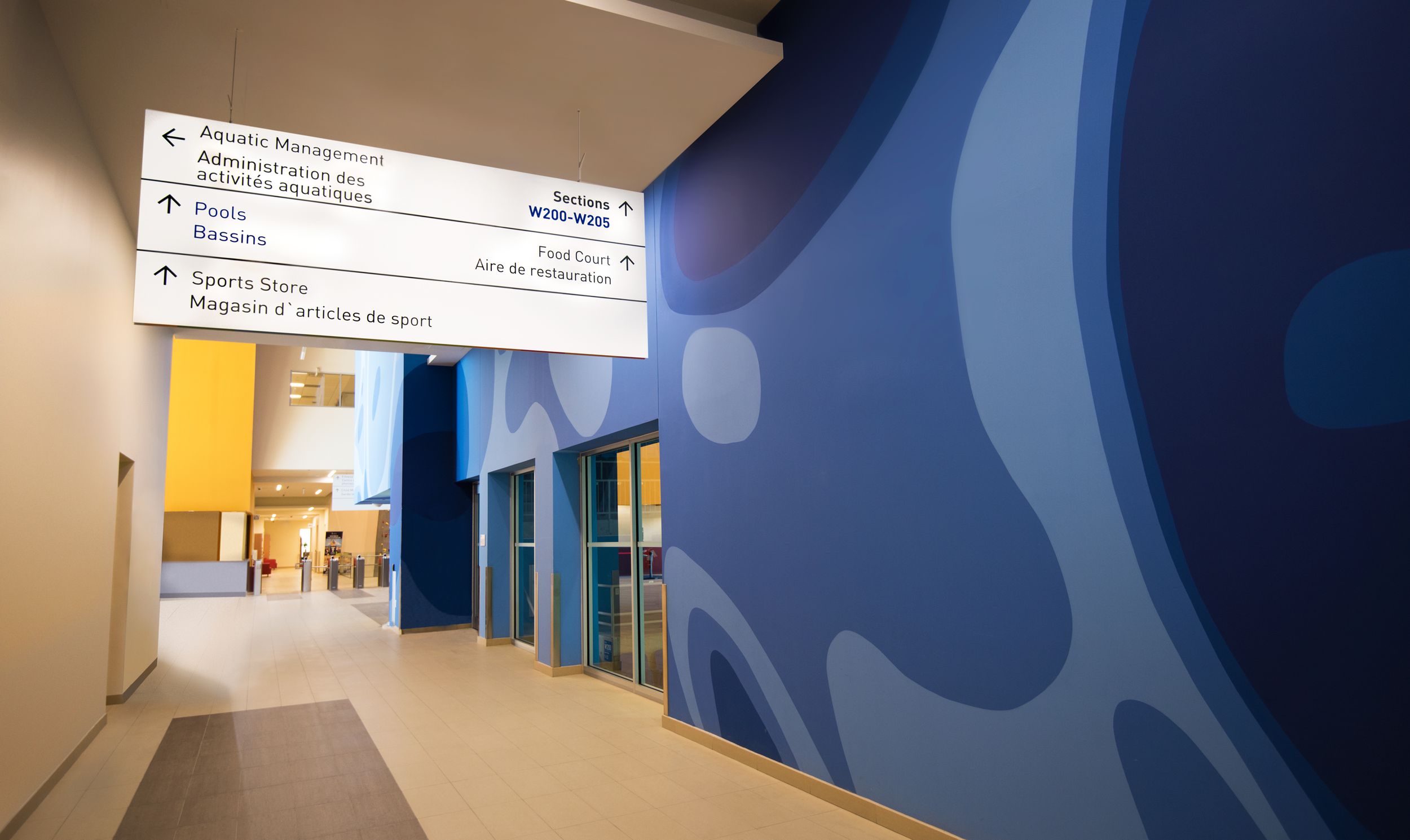 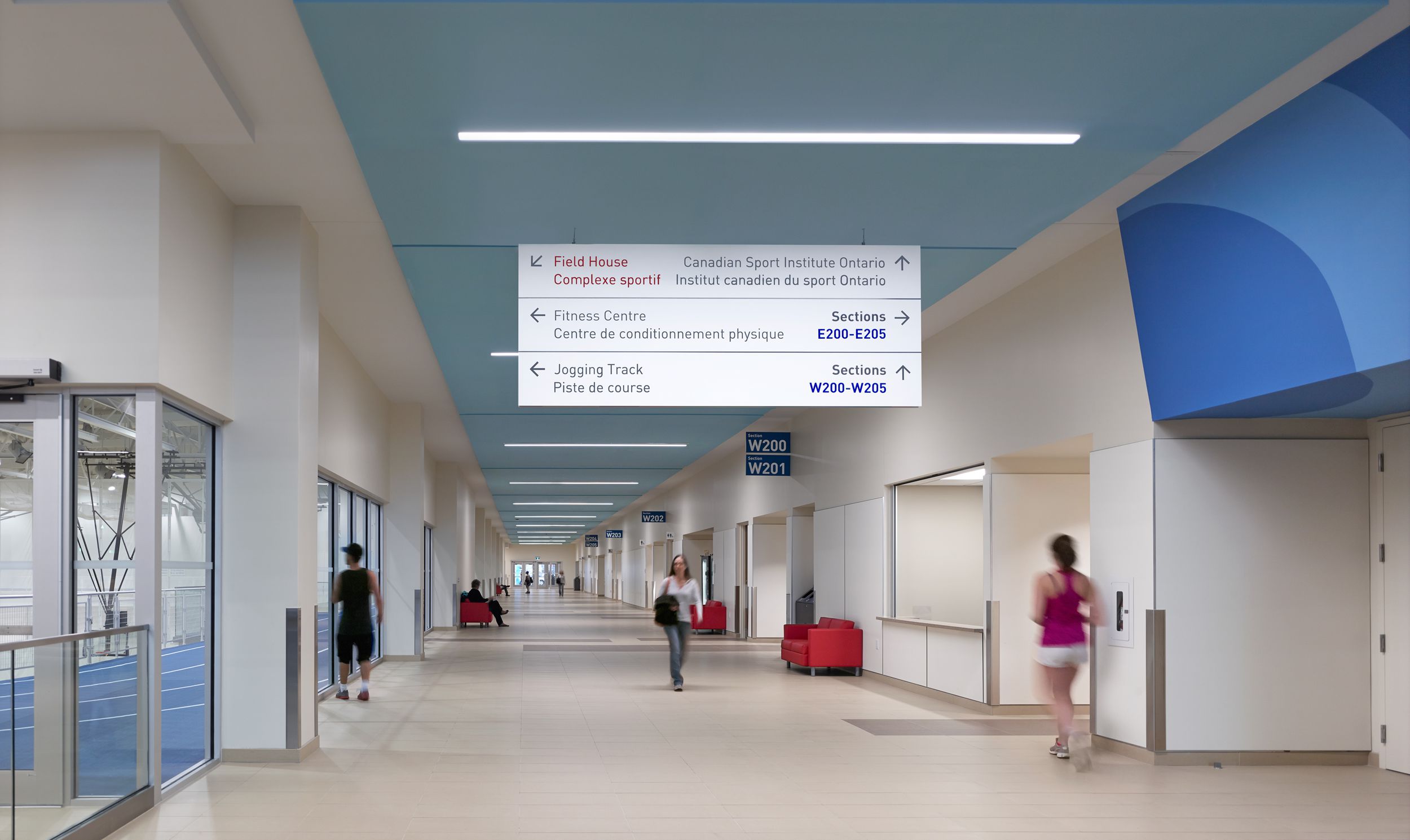