THE INCAS, TREASURES OF PERU 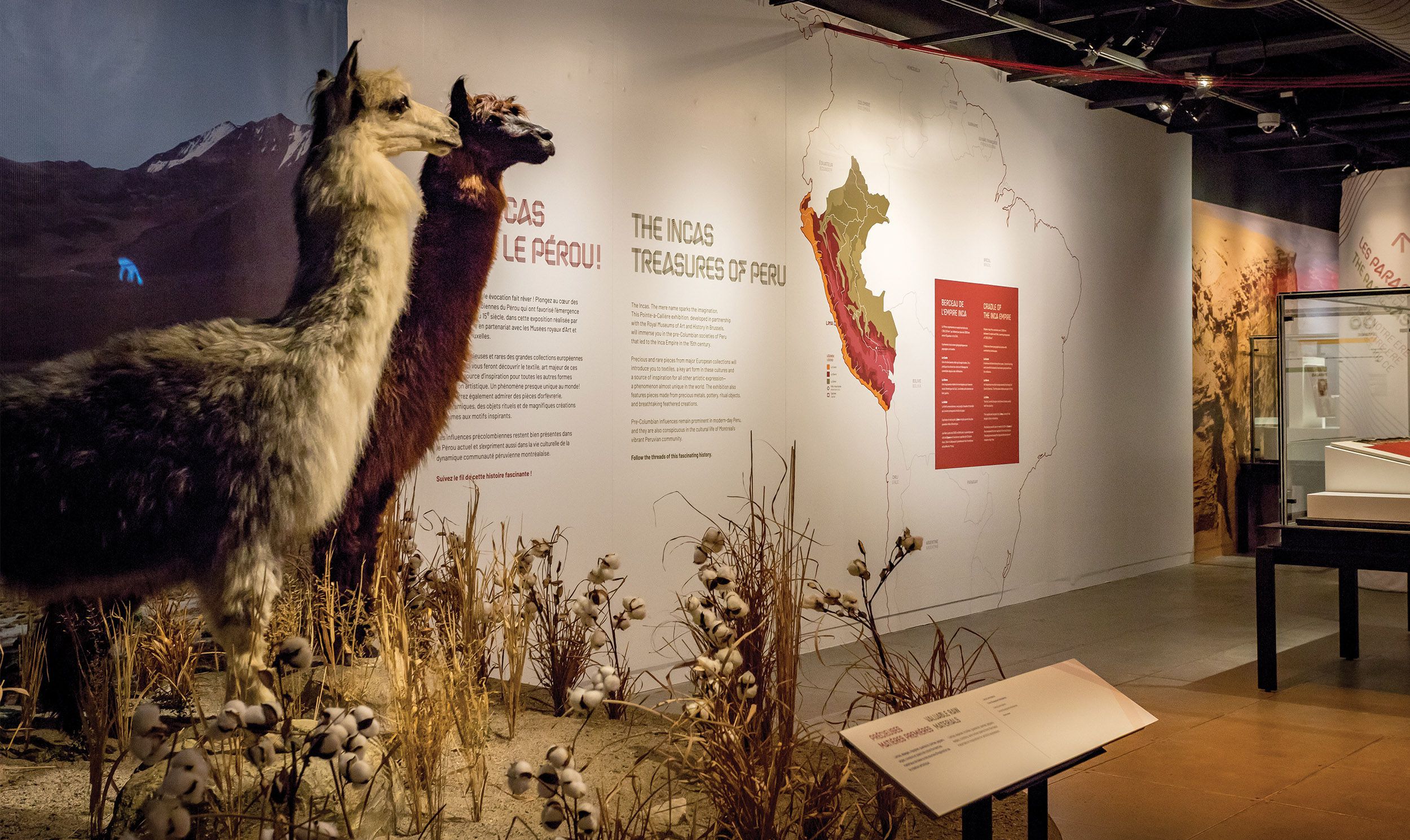 “The Incas, Treasures of Peru,” a magical showcase of ancient artistry and culture, is now on at Pointe-à-Callière in old Montreal. Entro worked closely with the Museum, exhibit fabricator Expozone, lighting designer Light Factor, and interactive consultant Gagarin to design this two- storey exhibit, which displays over 300 artifacts including jewellery, textiles, ceramics, ritual objects, and architectural elements. 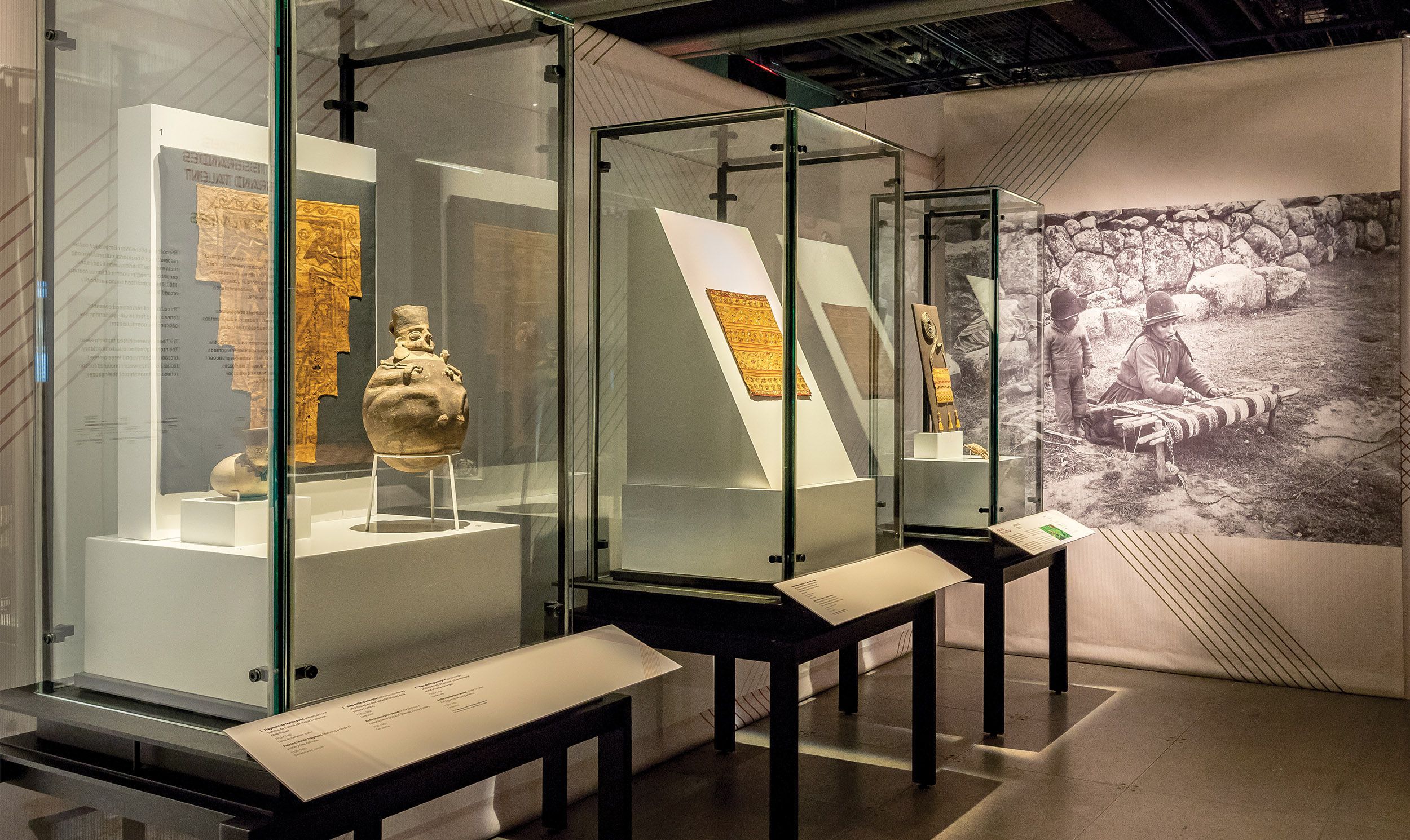 Our goal was to make visitors feel as though they are immersed in ancient Peru – and so we built a world around the artifacts, filled with life-size reproductions, large-scale images, projections, sound, video, tactile materials, and interactive activities. This reconstructed Chan Chan wall from the Chimú period, for example, shows how architectural motifs were directly inspired by textile art. The simplified bird, fish, and wave motifs are depicted as if they had been woven. 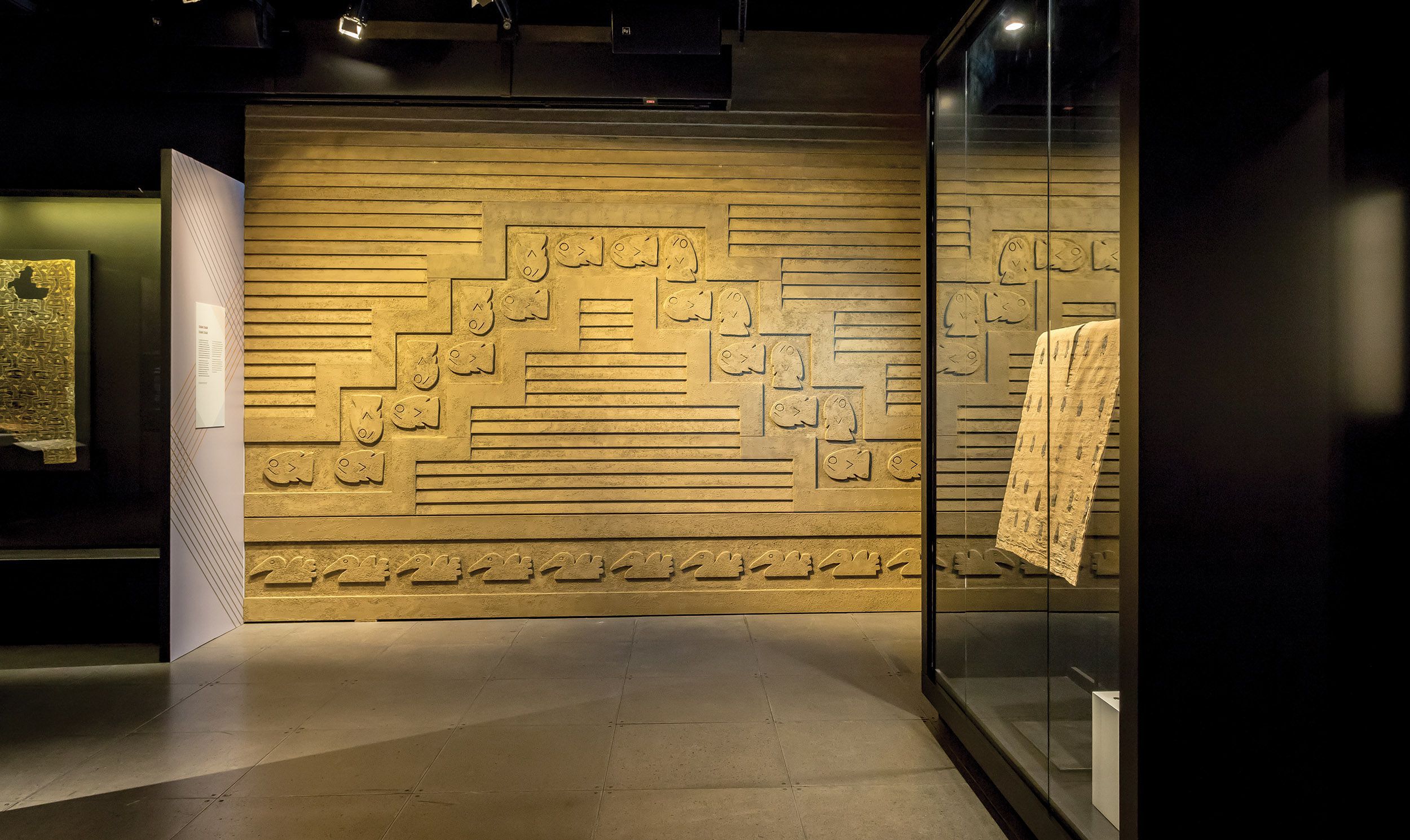 Textiles and feather ornaments were more valuable than gold in the Inca world, weaving together social, economic, artistic, and religious life. Threads literally run through the exhibit tying different scenes together: both physical and graphic, the threads lead patrons from area to area, guiding them on a journey through time from pre-Inca civilizations through to the Inca art and cultural influences that survive in the modern day. 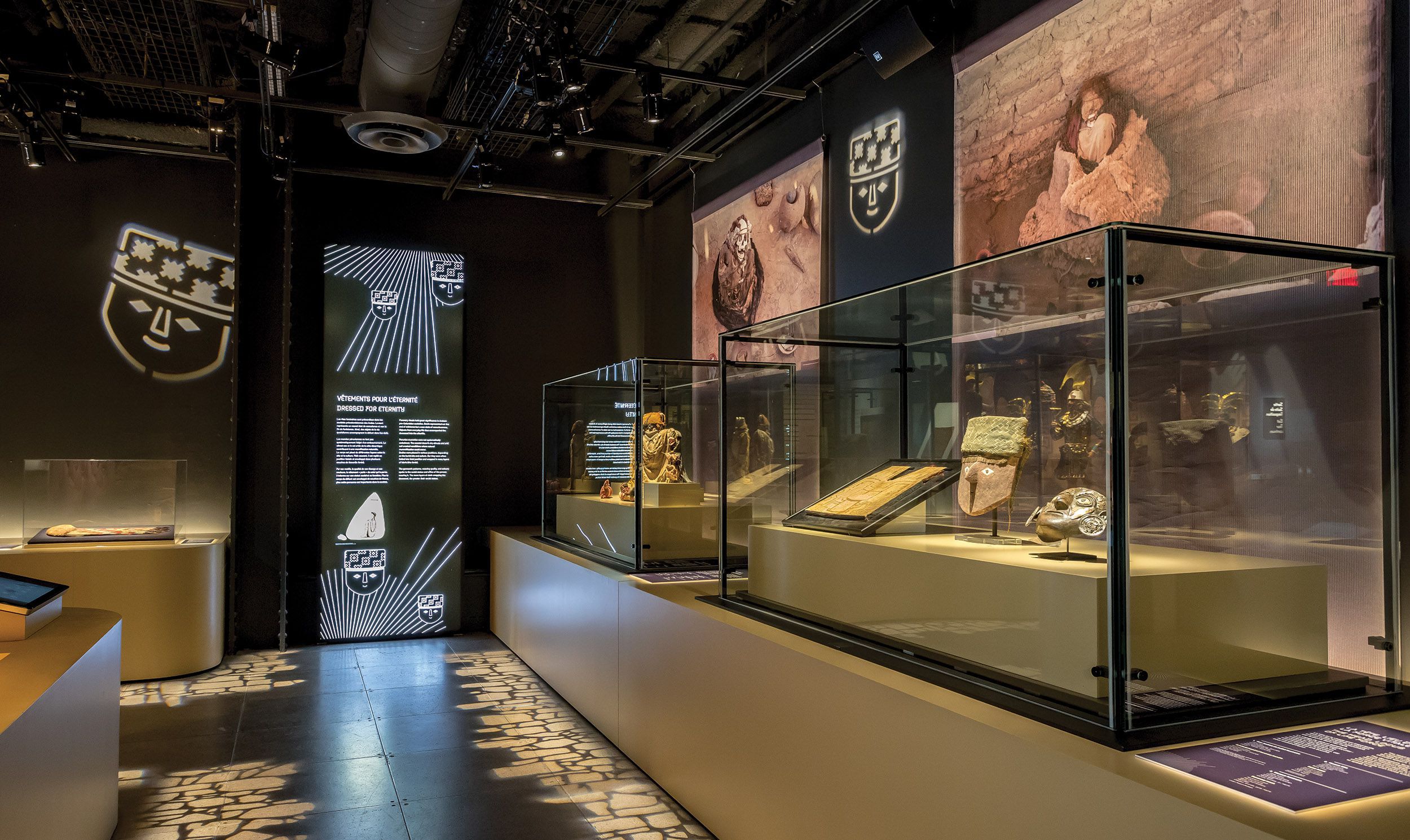 These re-created life-size figures are adorned with finery unearthed in 1987 at a Moche funerary complex containing mummies, masks, statuettes, and pottery. 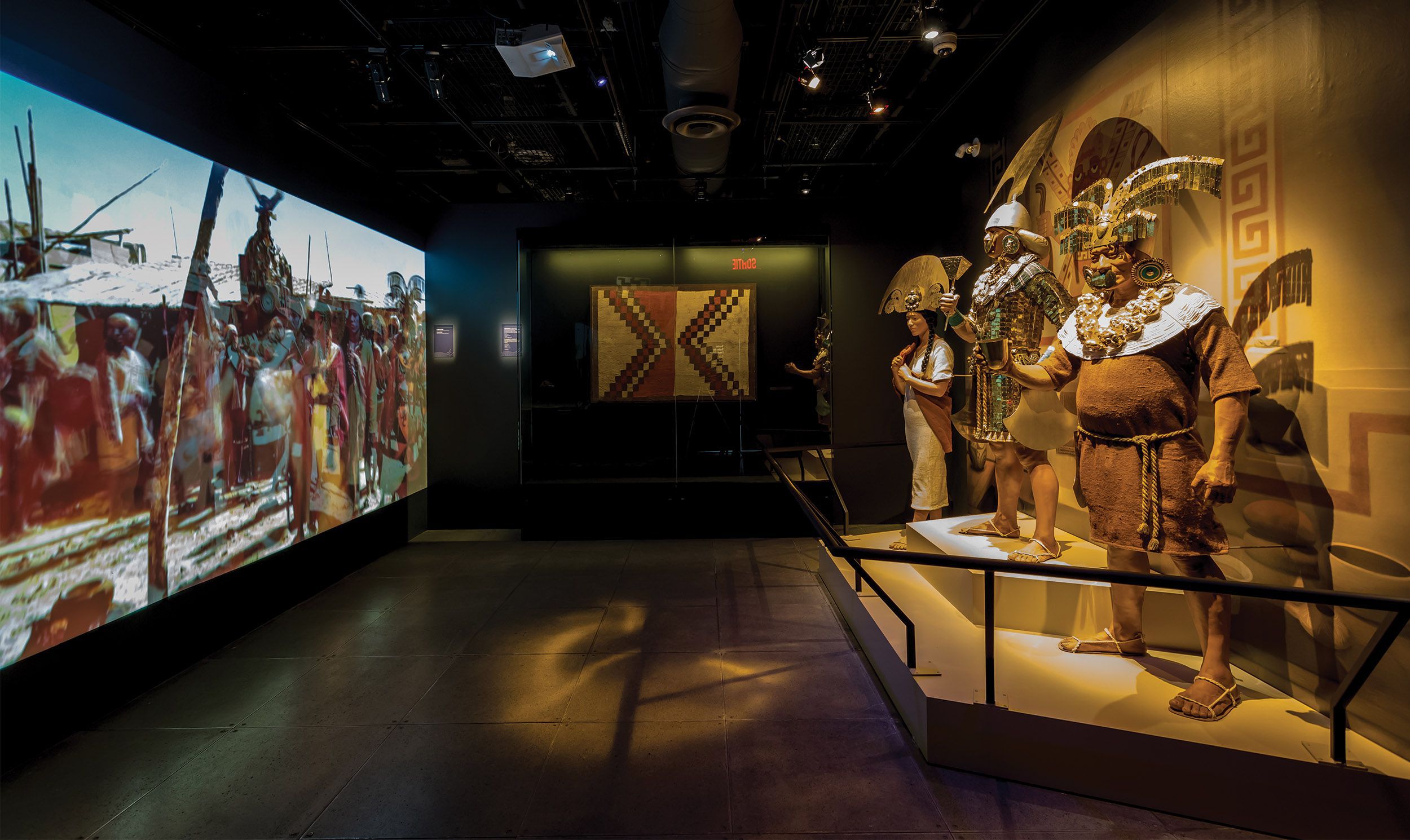 For the Inca, birds embodied the gods; feathers were often depicted in art and architecture and used to decorate clothing, tapestry, and jewellery. 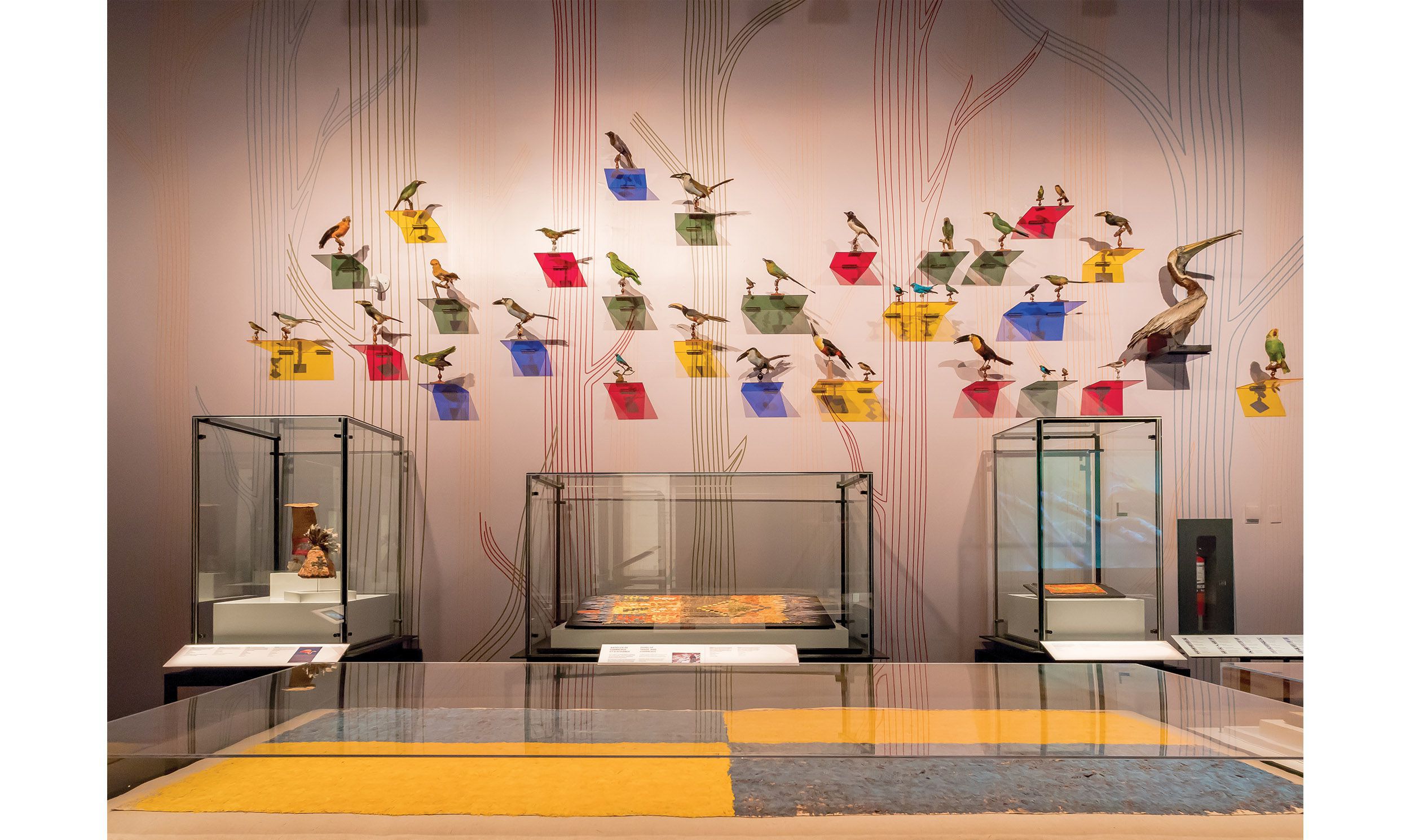 As the exhibit continues, we lead up to the pinnacle of the Inca Civilization. Plinths for the casing rise step by step as though ascending the slopes of Machu Picchu to reach the Inca Emperor. 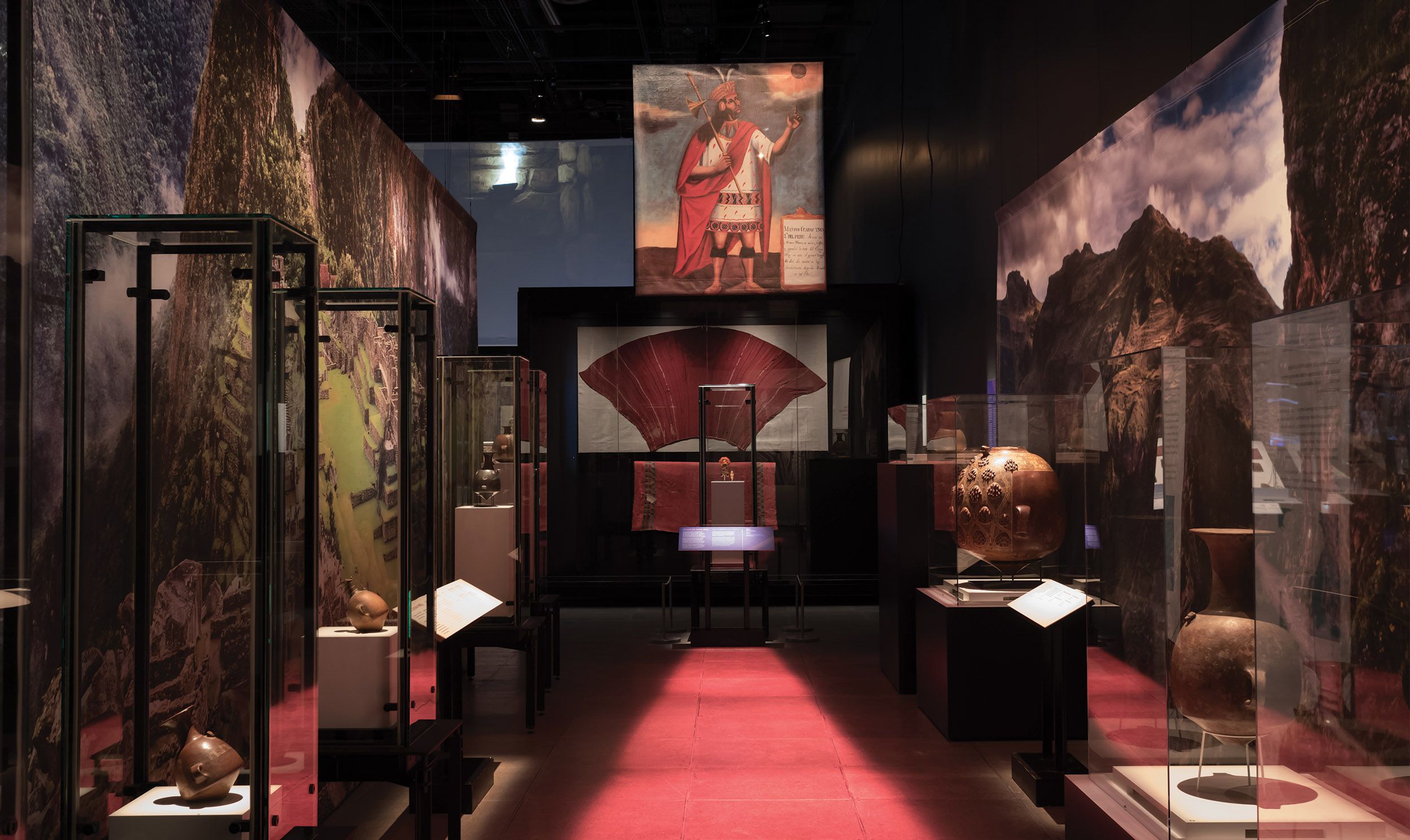 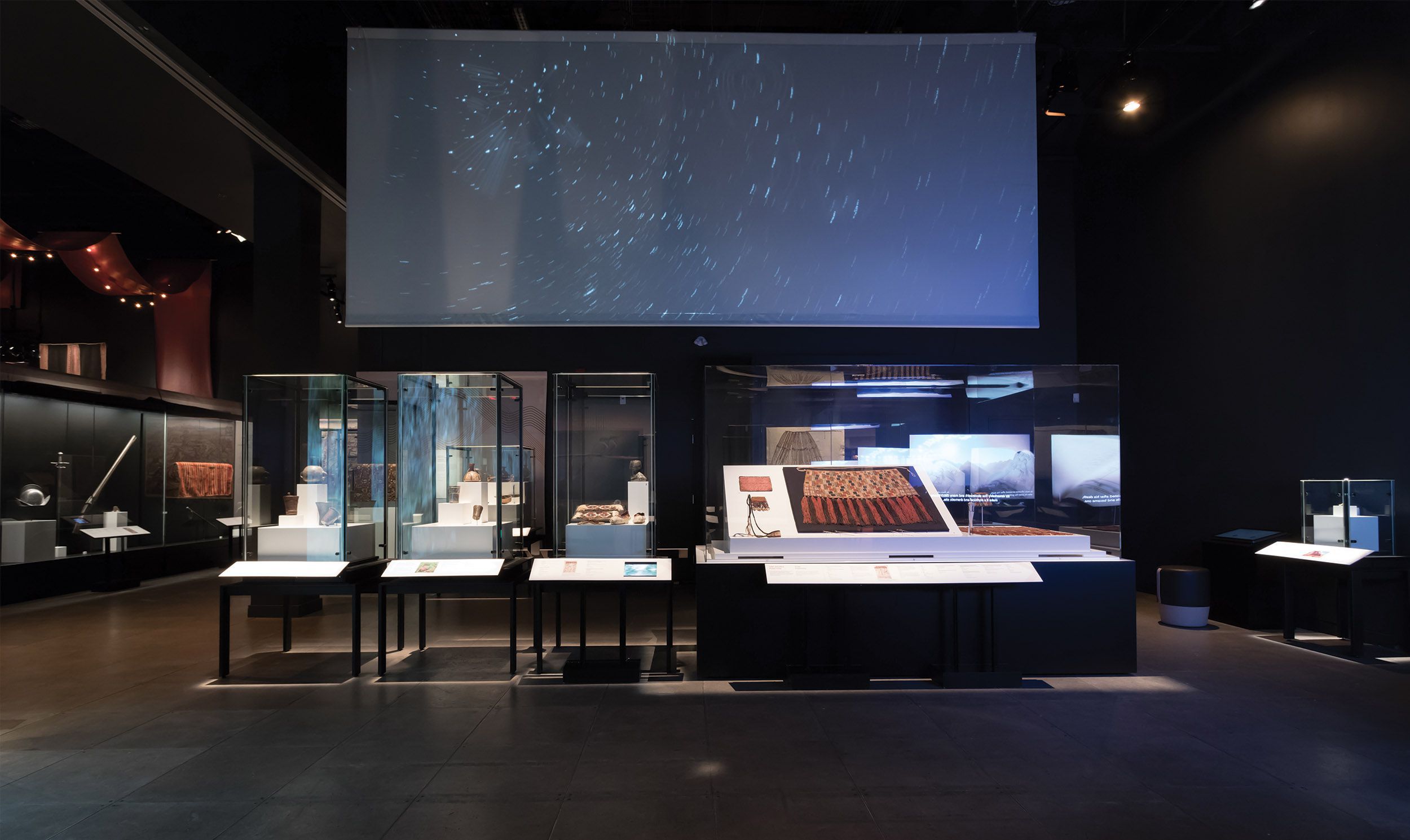 Near the end of the exhibit, we explore a Peruvian marketplace of today, full of textiles and clothing that incorporate ancient colours, styles, and patterns. 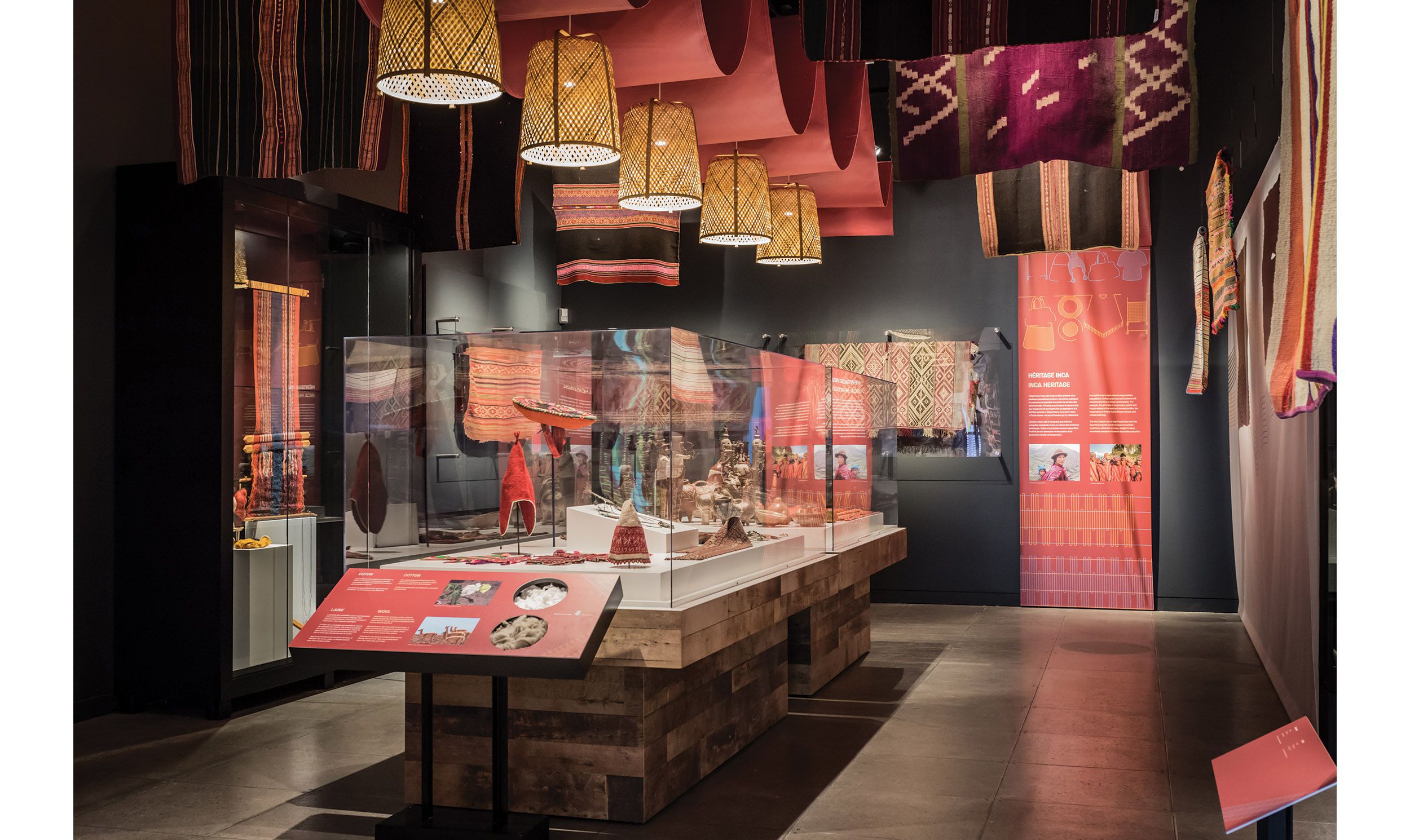 A spectacular interactive finale invites children and adults to select their own ancient patterns and weave a digital tapestry. 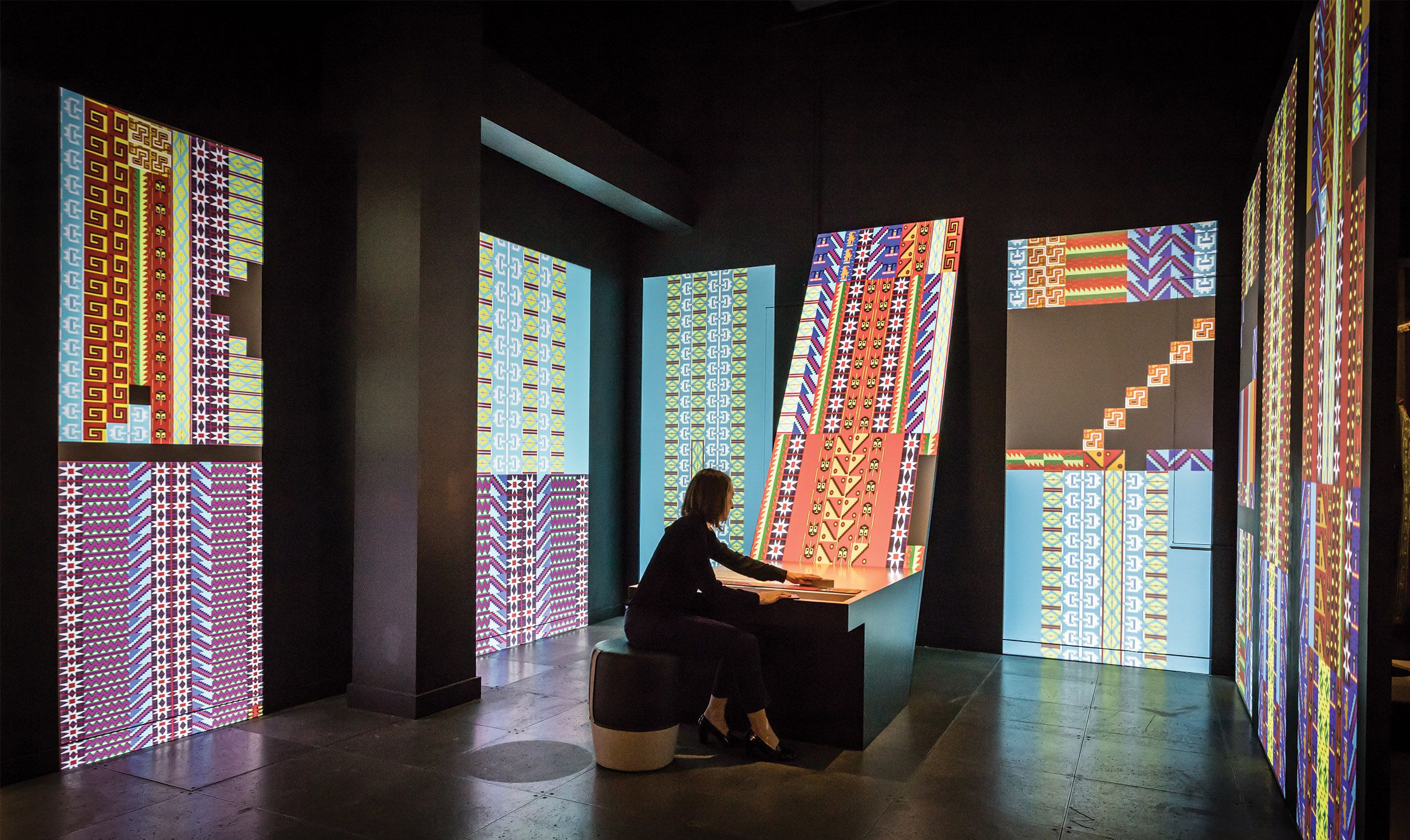 Much more is waiting to be discovered at “The Incas, Treasures of Peru,” which will be hosted at the Pointe-à-Callière until April 2020, when the collection returns to Europe.