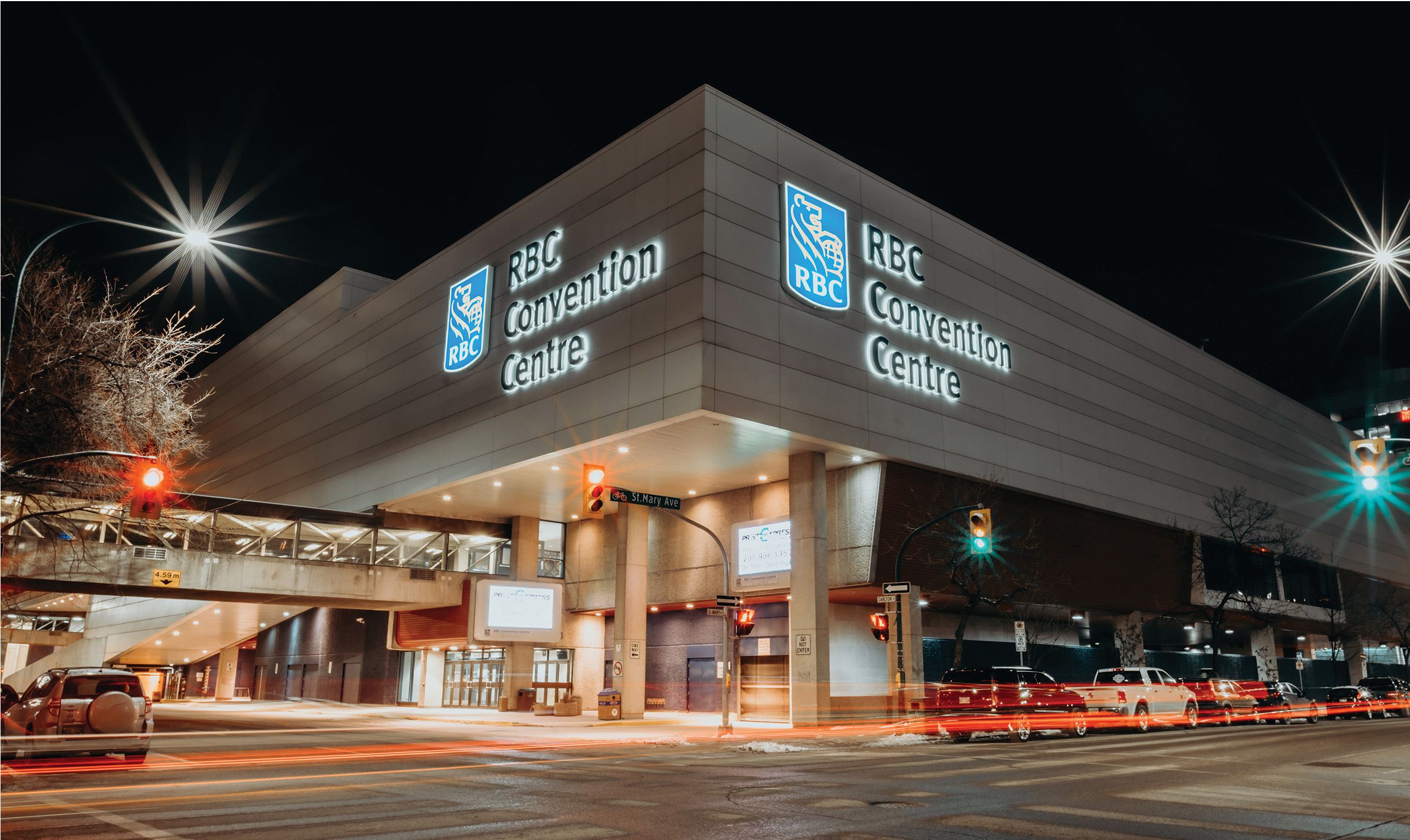 Winnipeg's RBC Convention Centre is a premier downtown venue. To accommodate an increasing number of events and a growing international clientele, the centre nearly doubled its size with an expansion by Number 10 and L+M Architects, adding an entirely new building. Entro designed the interior signage and wayfinding program for the now 260,000 square foot site, an updated parking garage signage program, and exterior ID signage for RBC, the building’s sponsor. 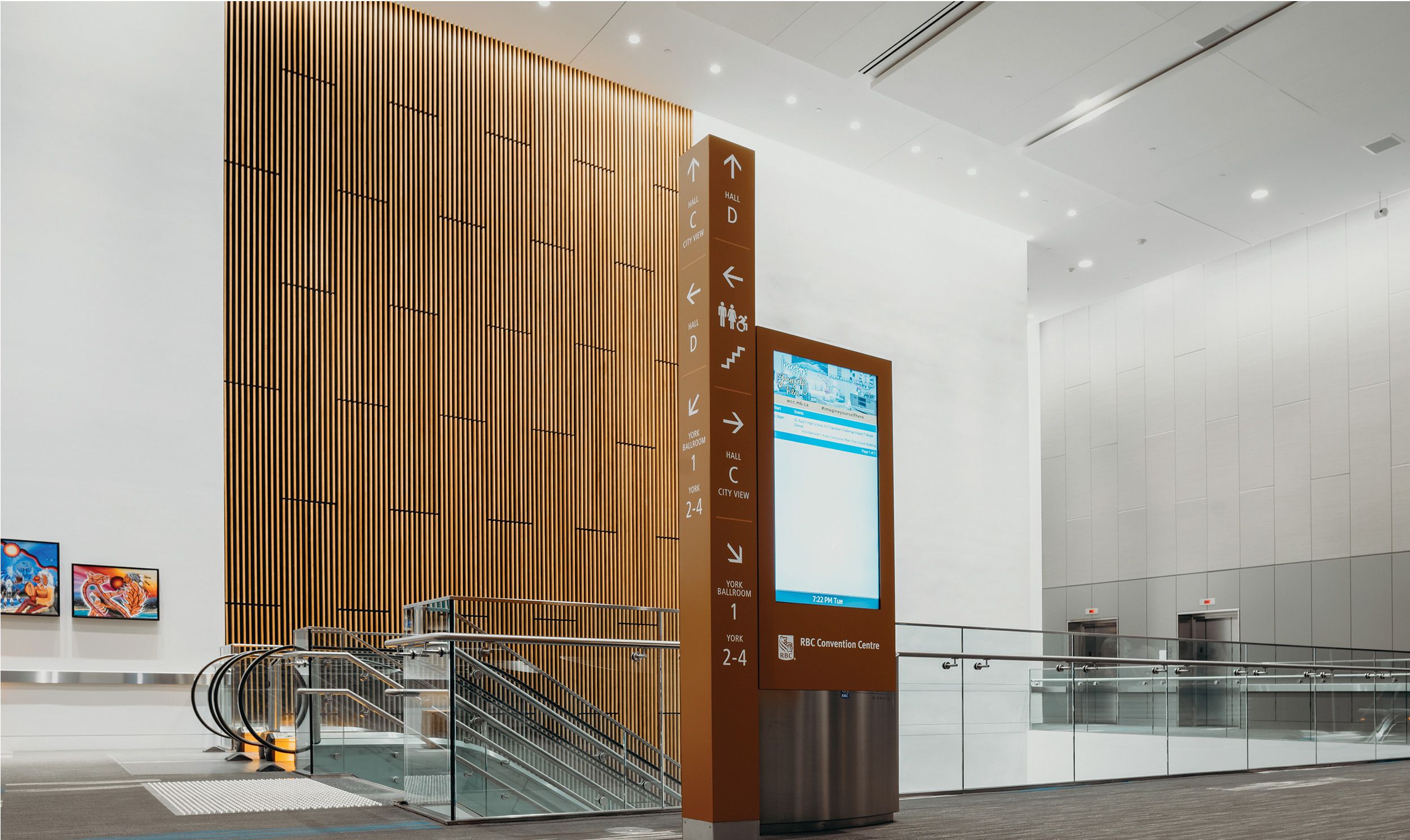 As the new building is located across the street from the existing centre, the two are linked by a 15 foot above-ground bridge. However the architectural form, look and feel and finishes of each are vastly different from one another. The existing building is a brutalist concrete structure with an emphasis on metal, glass and stainless steel finishes, while the new building is filled with wood along with beige, brown, and earth tones. The wayfinding program would provide true linkage throughout the complex. 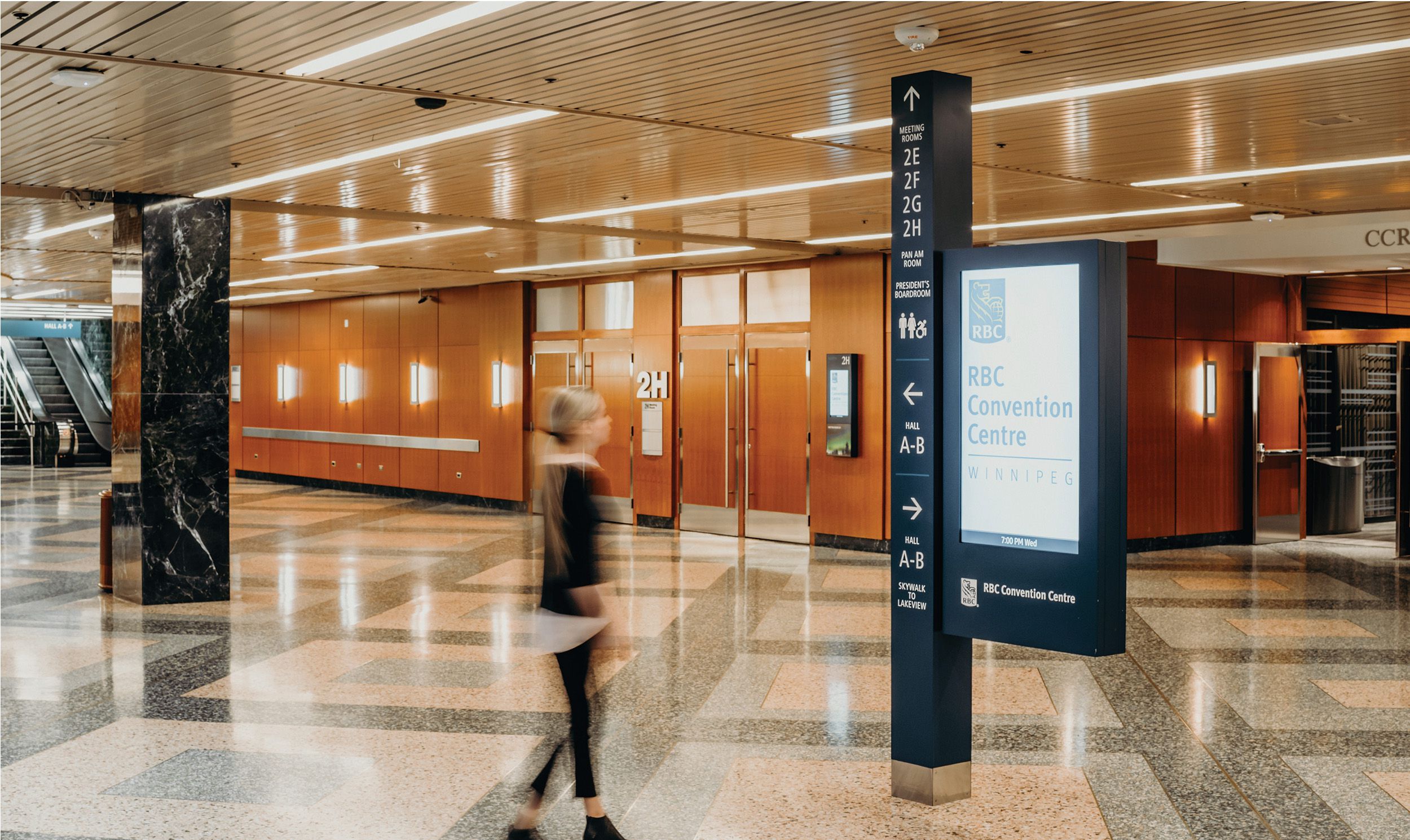 Beyond architectural intervention, the navigation system needed to consider these differences and find common elements to connect the two buildings. It became apparent that the signage program was the major opportunity to visually link these very different architectural statements. All the while keeping a consistent family of signage products throughout (with common sign types, formats, graphics, fonts and finishes) we selected different material tones for each building. The resulting signage program consists of darker shades of blue for the existing building and warmer caramel and beige tones for the new building. 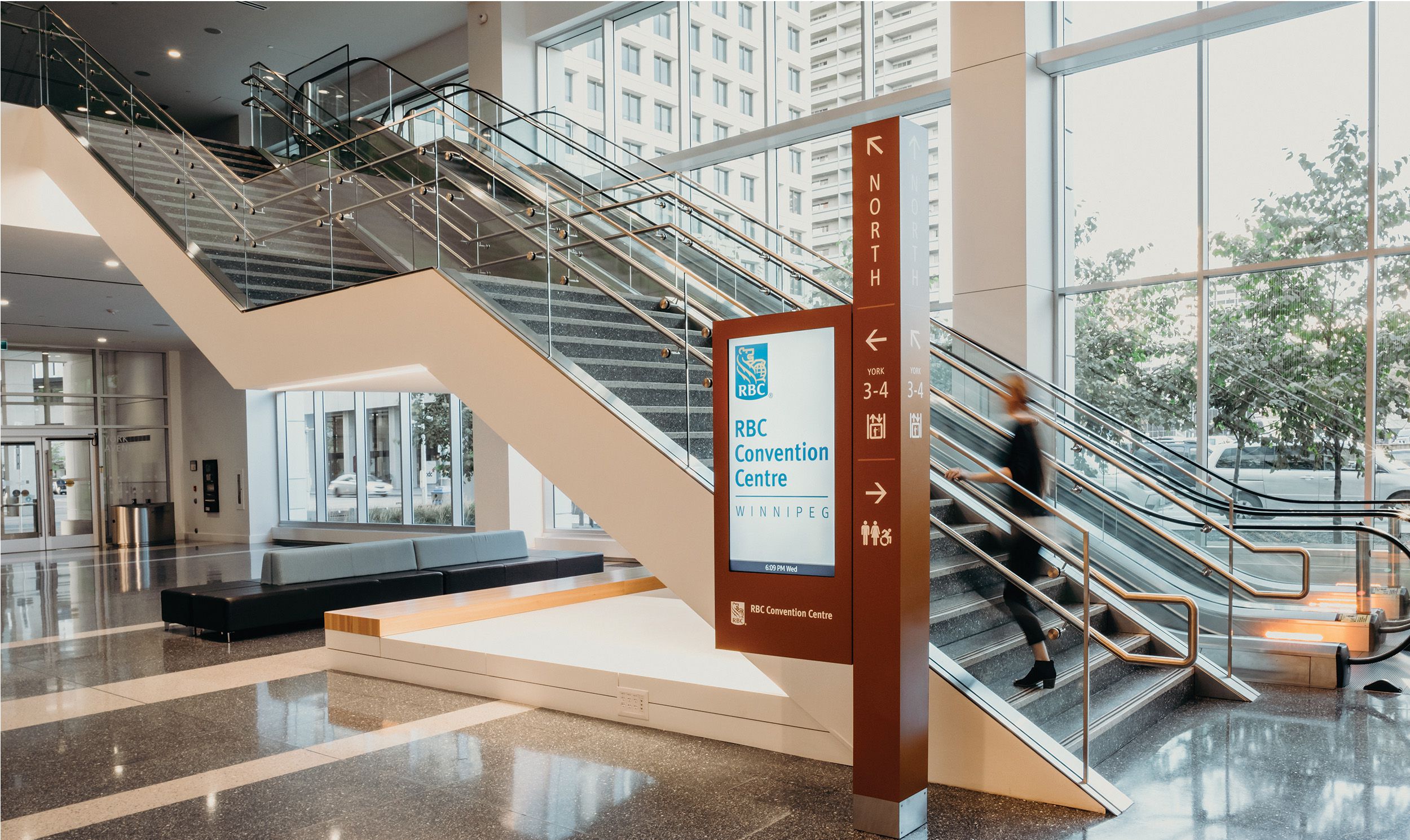 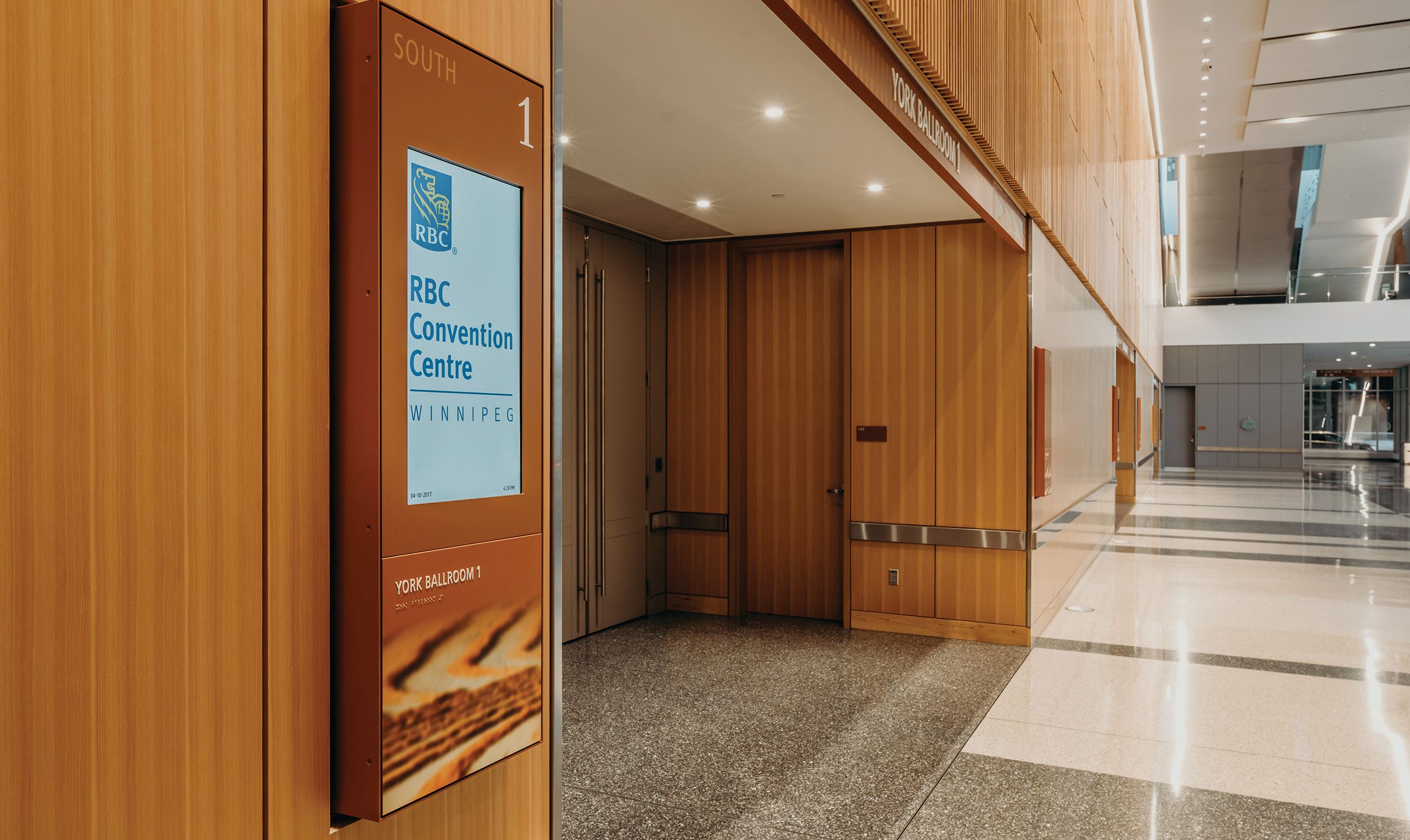 Our work at the RBC Convention Centre demonstrates the importance of considering more than navigation when designing wayfinding systems, especially at larger venues with multiple buildings. While our initial focus was wayfinding for the new building, we successfully found a way to translate this program into one that not only worked for both, but became a much needed linking factor. Accommodating while also integrating the new architectural addition, the final program now guides visitors throughout the venue while providing them with subtle experiential connections along the way. For more information on RBC Convention Centre see here. 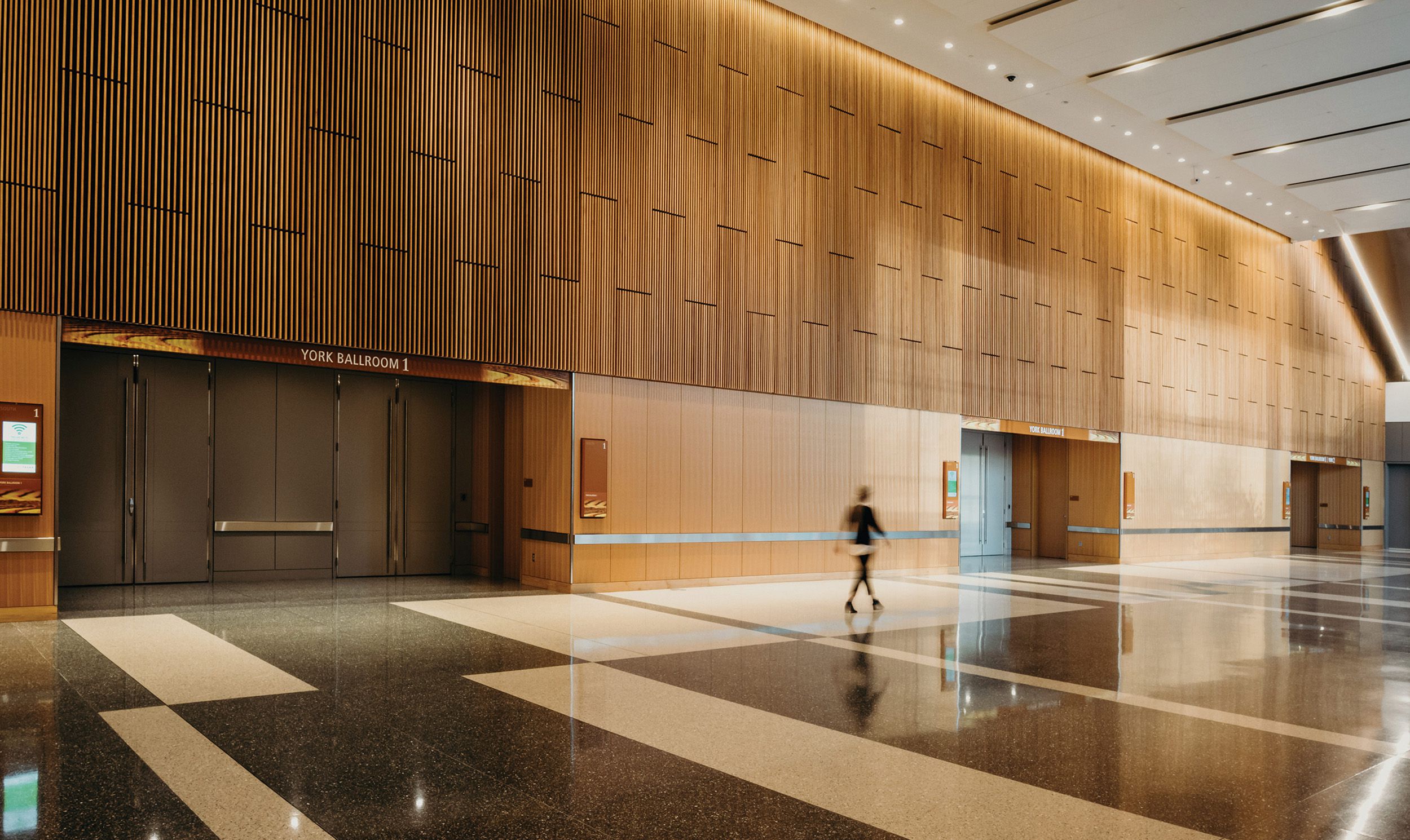