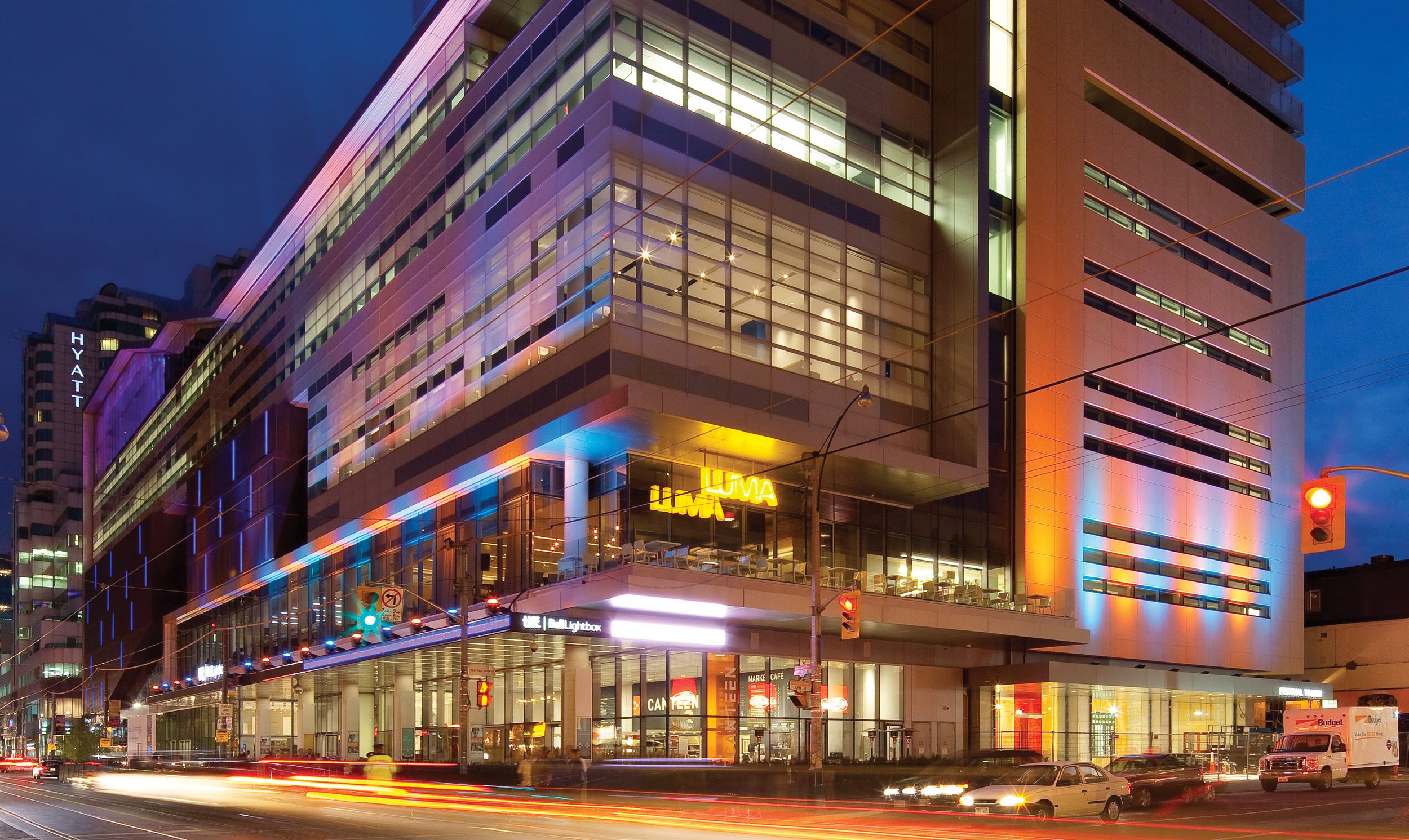 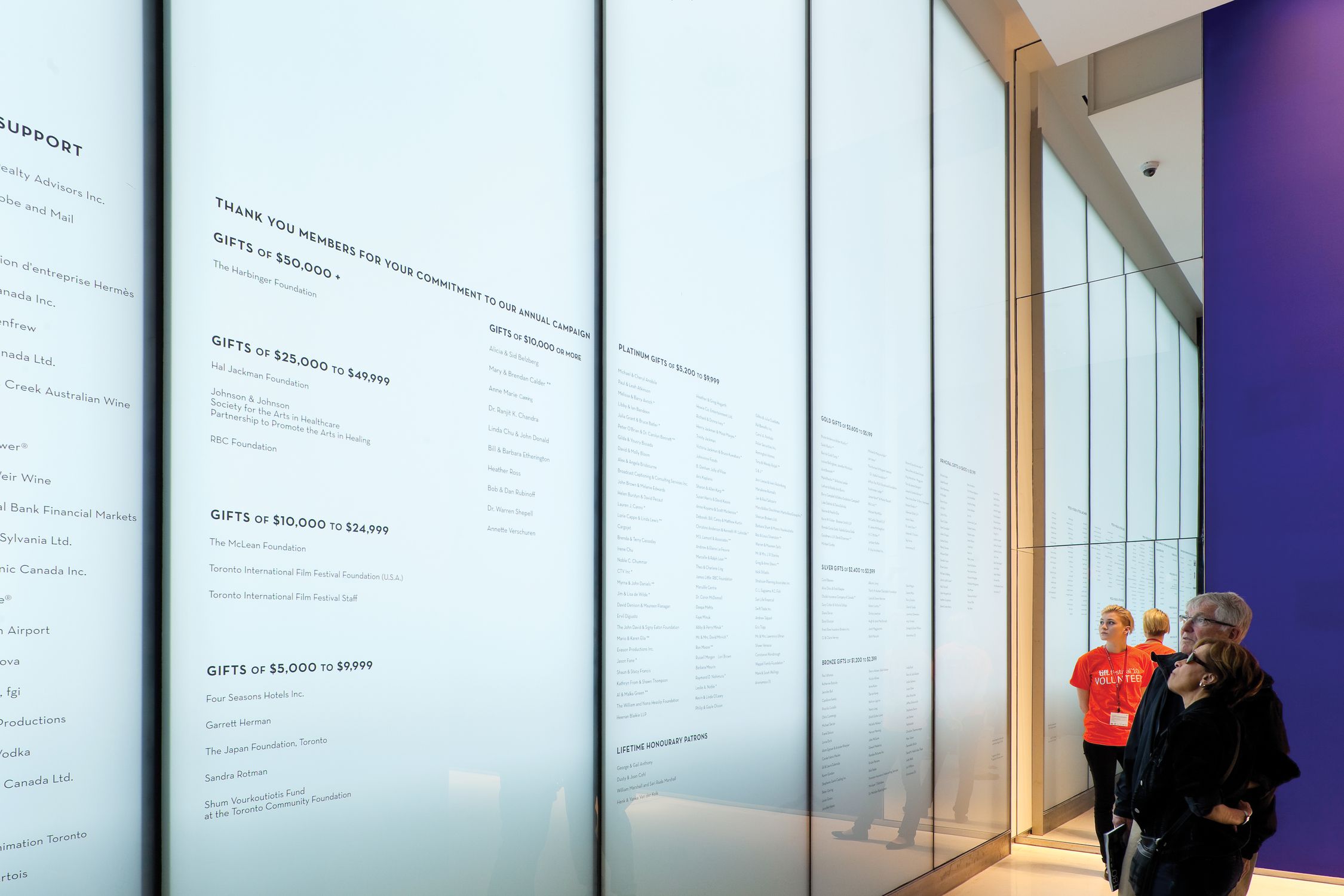 Entro created a distinctive yet subtle wayfinding and donor recognition system, as well as the identity and signage for the building’s three Oliver & Bonacini restaurants: Luma, Canteen and Malaparte. 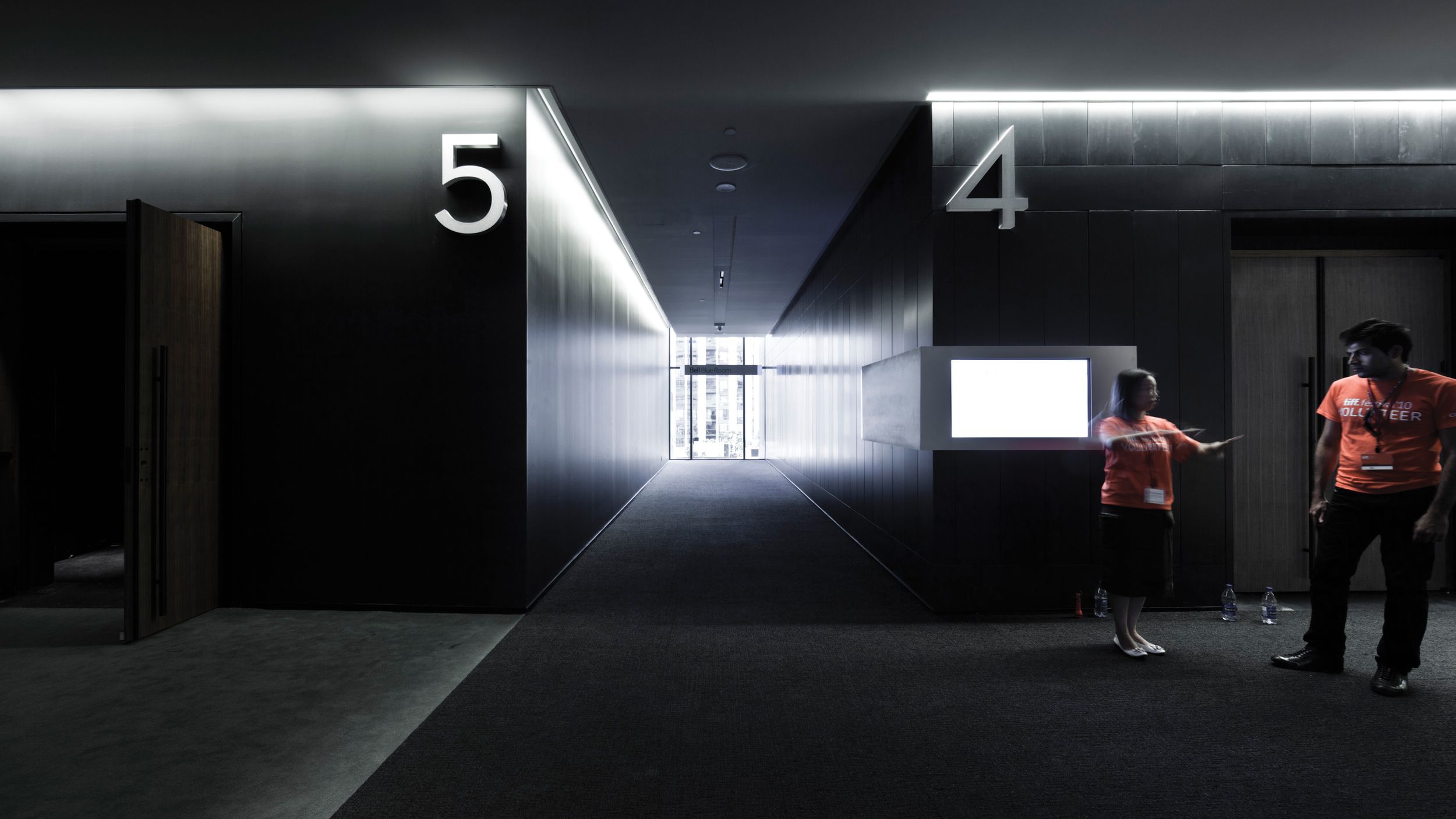 We developed angled brushed aluminum panels with a blue plexiglass core and vinyl lettering for main directories. Evoking both corporate sponsor Bell Canada and the blue of cinema light, the extensive sign system uses a combination of blue acrylic stripes and aluminum panels; wherever possible it is illuminated with a blue glowing edge. 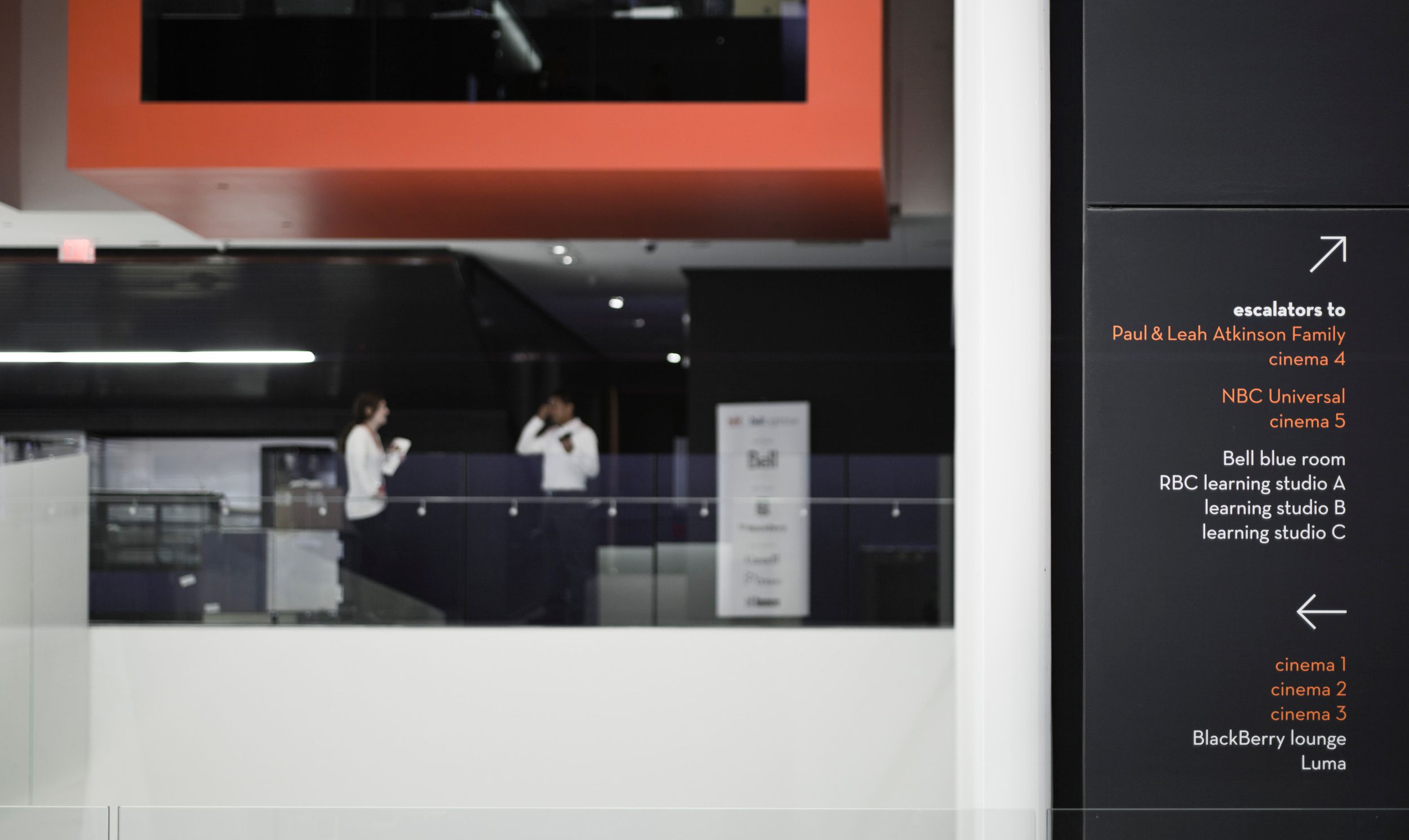 Other signage elements are applied as simple vinyl letters on the wall or on glass. 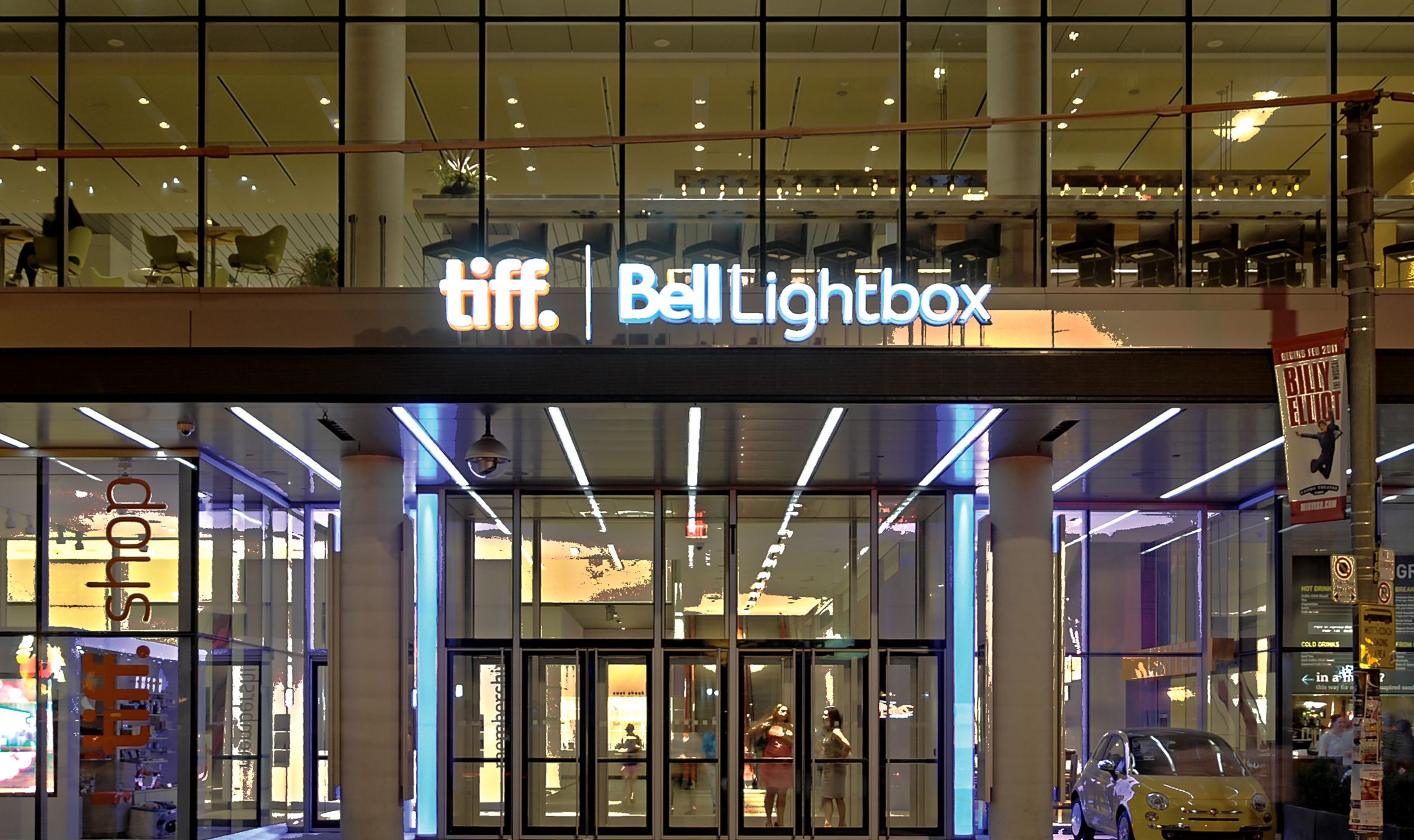 The austere exterior identity was mounted elegantly to the top of the entrance canopy. The fine stroke letterforms are internally illuminated to make the space come alive at night. 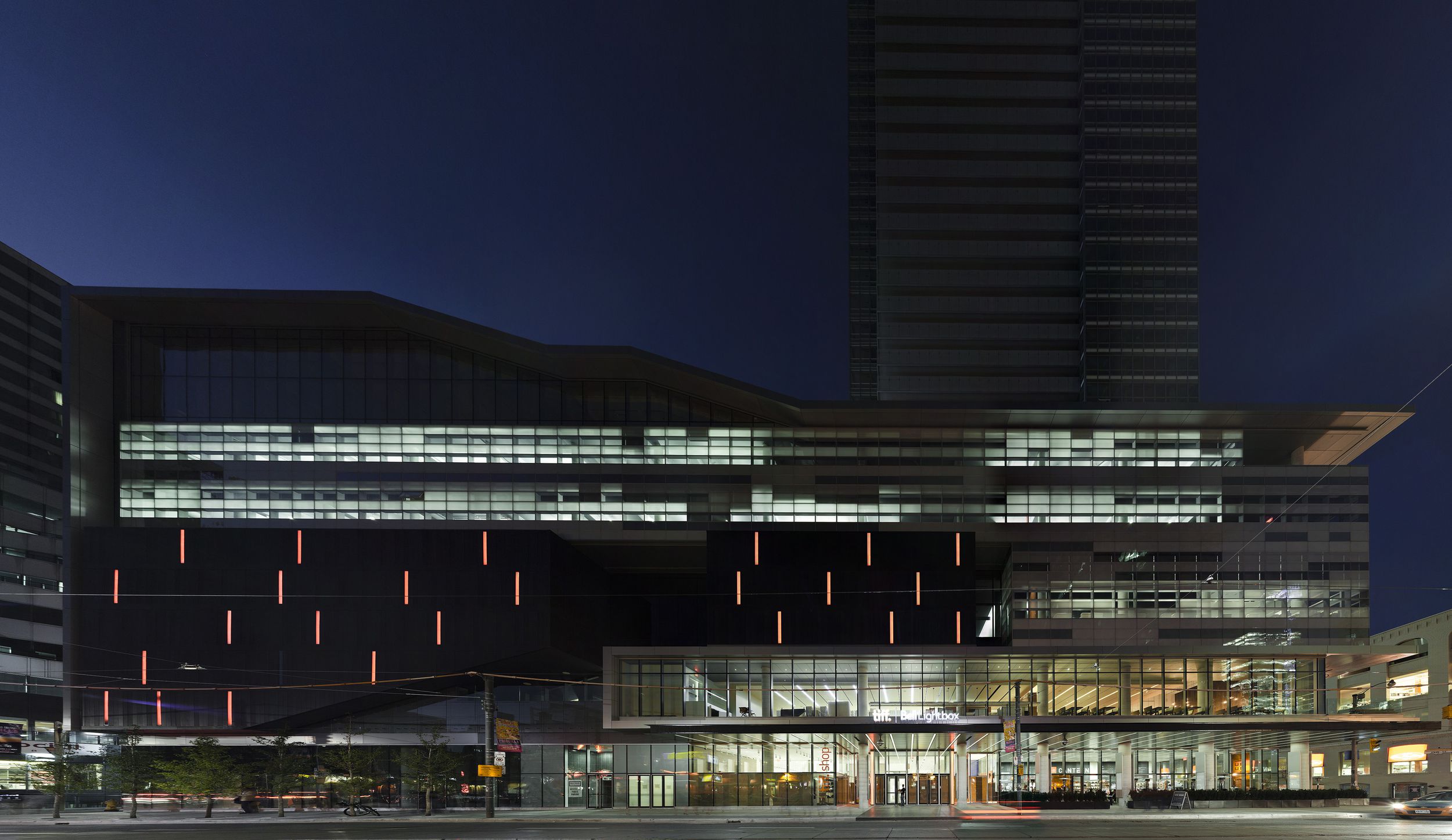